Cavorting with the Companion: Lucca

While we were in Pisa, we opted to take a daytrip, this time, to Lucca. Lucca is a short train ride away from Pisa; in fact, there are direct trains between the two cities. It was not the sunniest day, with rains intermittently falling every now and then, but regardless, we still went ahead.

The first thing one will see upon alighting from the station is the city walls. This is a city that is surrounded by city walls so thick that you can actually drive a car on top of it. If you look at Google Earth, you'll see what I mean. 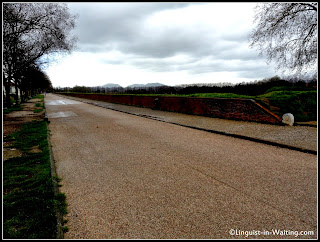 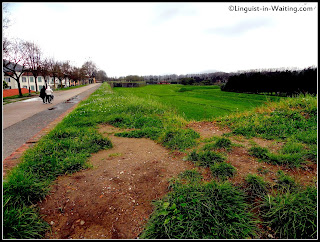 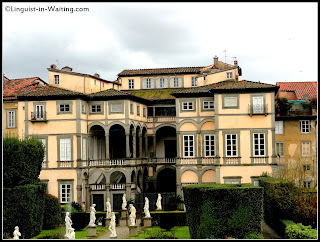 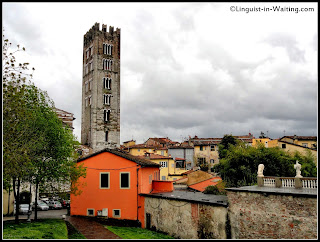 Thankfully, there is a system of staircases, so that we didn't have to use ropes and spikes to scale the walls. The pictures you see above illustrate how wide this wall is, and it is actually a favorite place for residents to jog around and get some exercise. The other two pictures above show you some views we captured from the top of the wall. The beige building is actually the back side of the Palazzo Pfanner, which was the setting of the movie Portrait of a Lady, starring Nicole Kidman. Unfortunately, they only open during the summer, and since it was March when we visited, it was still closed. 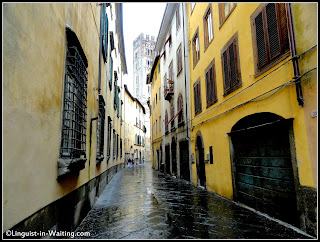 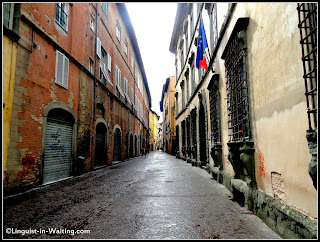 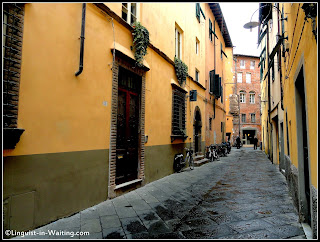 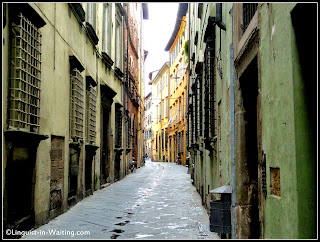 One feature that impressed me a lot are the narrow streets. This is an old city, and therefore it doesn't readily accommodate to the dimensions of modern cars. There were plenty of narrow streets that we traversed and walked, and some shots of those are shown above. 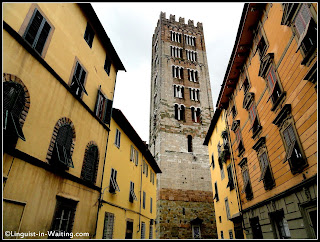 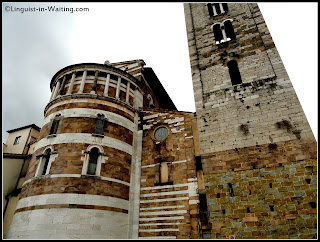 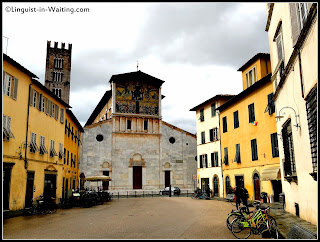 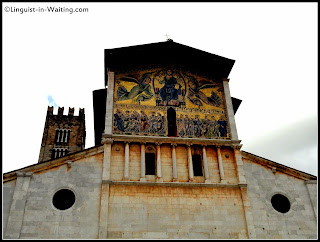 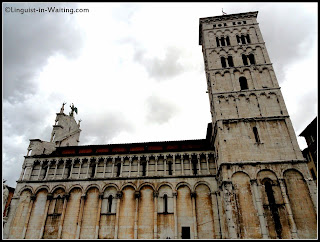 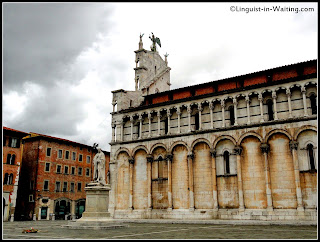 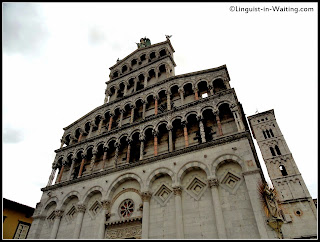 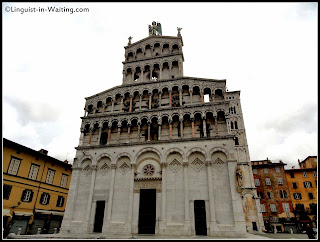 Lucca has quite a few notable churches, but we opted not to explore their interiors. Italy after all has too many churches to keep track of. You see above some shots of the San Michele in Foro, a basilica built on top of a Roman forum. I suppose that's standard practice with pretty much every religious movement, building a religious building on the former position of a religious building by another religion. 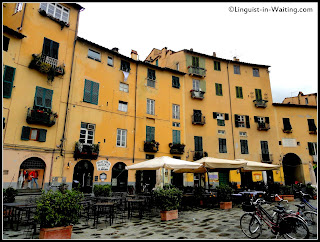 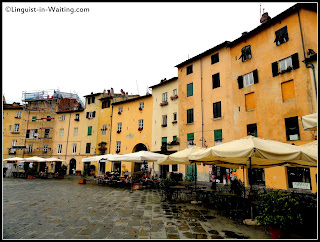 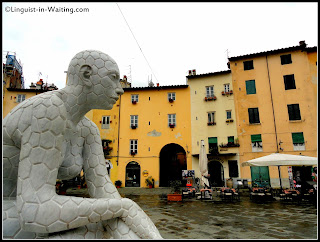 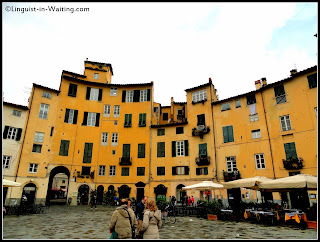 Lucca's main square is actually not a square, but an oval-shaped plaza. The pictures above show you the Piazza Anfiteatro, which is surrounded by shops, restaurants, and other merchant establishments. The food, however, is touristy, and therefore we stayed away from it when we were hungry. 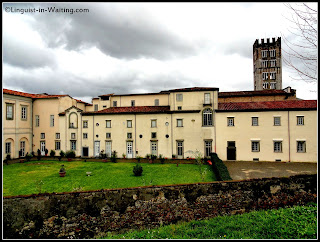 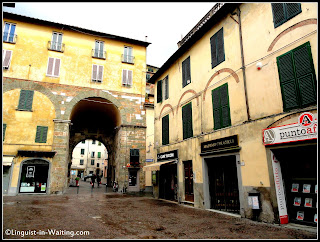 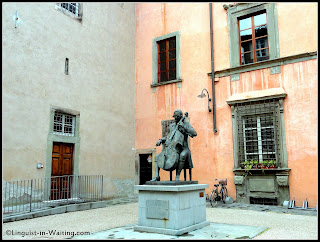 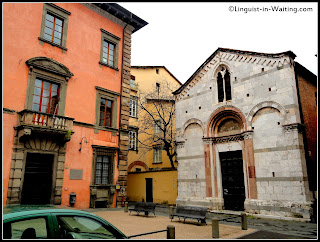 Finally, I should say that Lucca is famous for the birthplace of several figures in culture, and the most prominent of those is perhaps Giacomo Puccini. However, I am not a big fan of opera, so even though I like classical music, I never really associated Lucca with Puccini until now. We visited his museum, and the city is dotted with musical statues like the ones you see above.

Overall, Lucca is a good place to explore for a day. There are enough museums, places to eat, and corners of the city to wander, explore, and get lost in. I definitely recommend this to people visiting the area.