Weekend in Warsaw: Palace of Culture and Science

One of the first things that one will encounter upon alighting from the train in Warszawa Centralna Station is the gigantic building that happens to be the tallest building in Poland, the Palace of Culture and Science. This is a building that was gifted by the Soviets to Poland after the war, and therefore resembles several other Soviet and Stalinist buildings in Eastern Europe, one being the Hotel International in Prague (which apparently changed names, as it was Hotel Crowne Plaza when I first visited there in 2006). 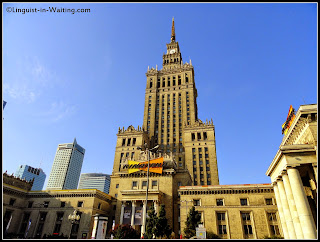 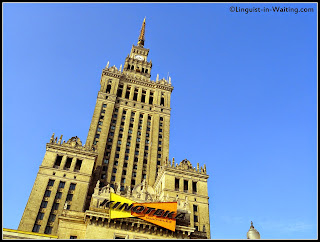 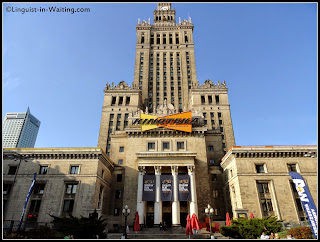 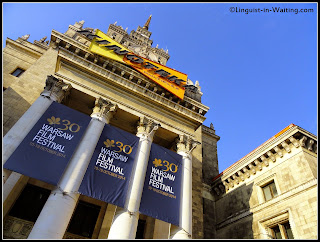 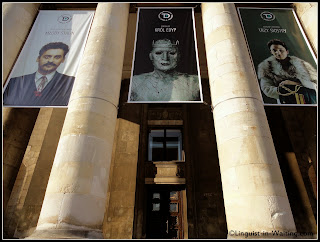 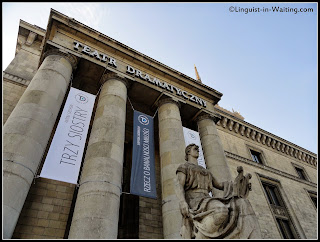 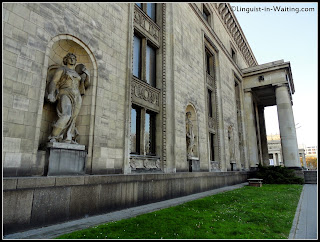 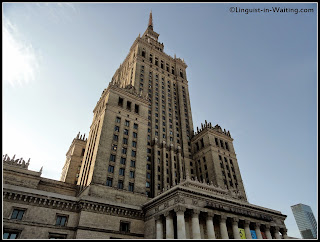 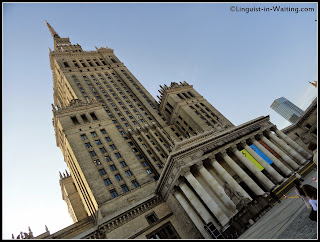 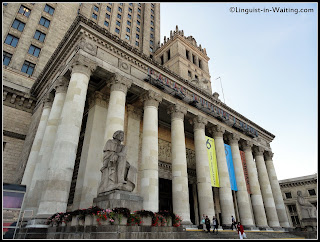 As you can see in the pictures, this building is huge. There are several parts to it. There are movie theaters, theaters, offices, and other stages. They even have an observatory. So that was what we did. We went inside, but first, we went to the wrong entrance. We went to the entrance to the movie theaters, who happened to be showing films that were participating in the Warsaw Film Festival. So we got directions to go to the correct entrance, which we found after walking around the building. We noticed that this definitely is a palace of culture, at least. There were several theater groups who have their headquarters here, as every part of the building seems to be a theater. There were plenty of banners advertising the current plays that were running at that time. This gave us the impression that Warsaw would be a great place to live if you love theater. At least, if you speak Polish. 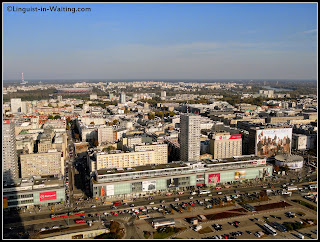 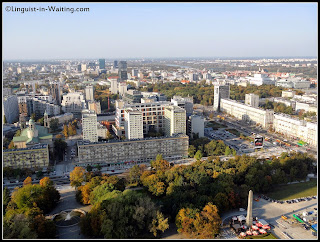 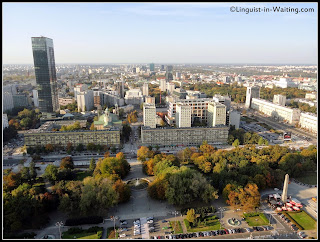 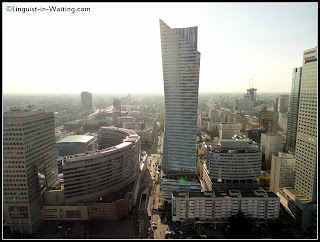 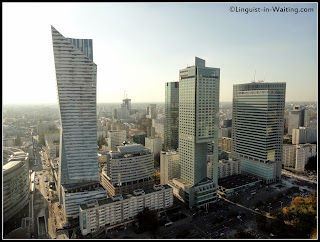 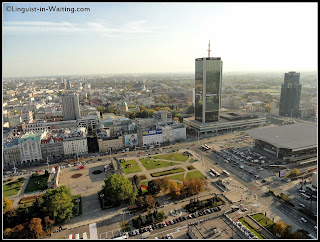 So we climbed up. And this is what we saw. Warsaw is a dynamic city, and we actually ended up having a very favorable opinion of it. Some parts of the city is blah, with the post-war expanse of boring-looking buildings, while some parts are modern-looking high-rises. But interwoven between the cityscape is perhaps the most interesting social fabric I have encountered. There is a burgeoning food scene, and the people are one of the friendliest and most welcoming (to visitors at least) folks I have encountered. I even think that for English-speaking visitors at least, traveling in Warsaw is easier than traveling in Berlin!

Anyway, climbing this tower was perhaps the best thing to do to get an overall impression of what the city looks like. So we spent an hour more or less looking at the city below us, and then it was time to get down.