Back in October, there was a long weekend, where Friday was a holiday. So we opted to head out of town for a little bit, and since we didn't want to go far, we opted to just go next door to Poland. I've been to Szczecin twice in the past, but that city was very minor, and was pretty much just a day trip from Berlin. We wanted something a little bit longer than that, so we decided to book train tickets and head to Warsaw.

There happens to be a EuroCity service between Berlin and Warsaw, so we took that early in the morning. It takes 6 hours between Berlin and Warsaw, so we departed a little after 6 AM and got to Warsaw a little after noon. It passes by Frankfurt an der Oder as well as Poznan, and a bunch of other minor cities along the way. There is no formal border controls (both Germany and Poland are within the Schengen Agreement), yet there are random checks that can happen (which indeed happened on the return trip).

We saw plenty of things in Warsaw. I think I actually took more pictures here than when we were in Boston and New York City, even though that trip is actually longer. We stayed in the financial district in a hotel this time, which was nice for a change, as there's a little privacy, instead of staying in a private room through AirBnb. I'll definitely have several more travelogues for the following entries covering particular areas of the city, but since we covered a lot, and seen plenty of things, there are also little things that we passed by, which I felt I wanted to show, which is the purpose of this post. 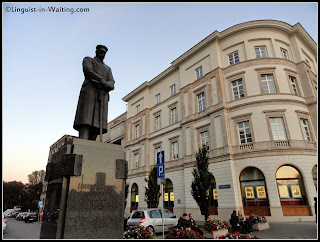 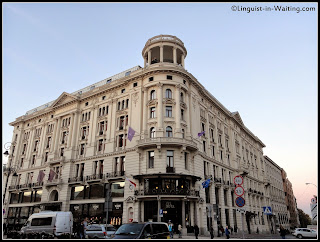 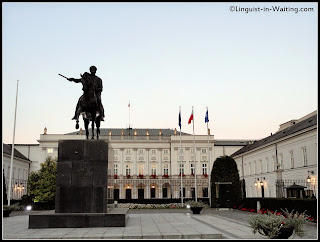 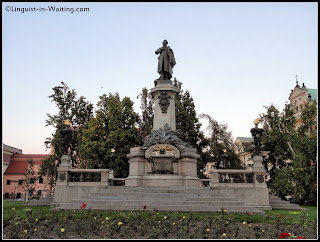 Warsaw happens to be a city that was very much destroyed after World War II. Hence, plenty of the buildings are new, and the Old Town is reconstructed. That said, we saw several notable buildings, and majestic palaces. Statues and monuments abound, such as the ones I have above. One of the palaces above is actually where the President lives, and is therefore not accessible to the public. 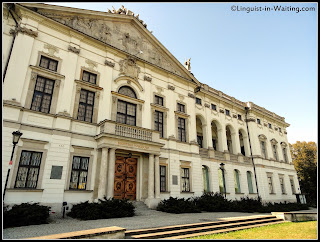 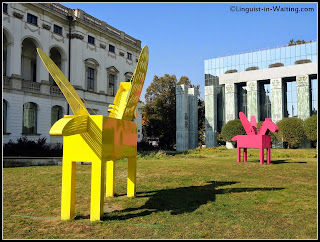 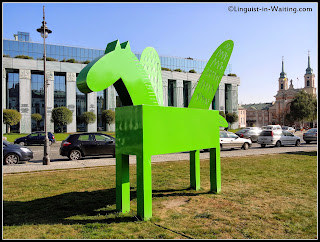 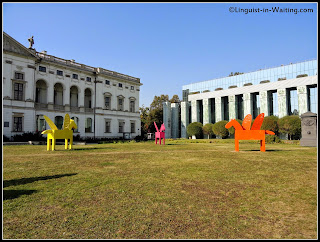 We walked all over town, and saw plenty of buildings. One of the more interesting ones was the National Library. We didn't enter it per se, but the front lawn had these interesting winged horse statues. These statues came in different colors, and it was hollow that you can actually go under it and check it out. I honestly don't know whether it was a permanent thing, or a temporary installation. 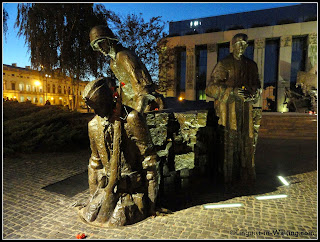 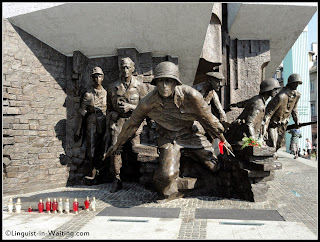 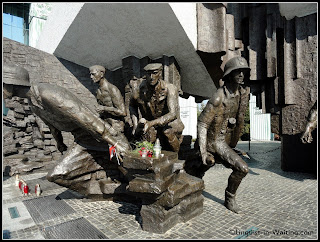 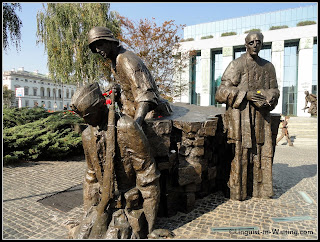 And of course, we saw the Warsaw Uprising Monument. This is more dramatic during the evening, although my camera isn't the most powerful. So we came back for a second look during daylight, and when we got there, there were actors that were dressed in period attire, so I guess they were filming something. This monument was unveiled in 1989, and is dedicated to the Warsaw Uprising in 1944.

We spent just two nights and three days in Warsaw, but we saw plenty of things. And there were also plenty of other things that we just didn't have the time to visit. I'd love to come back; it's a city that I think is underrated, but we have had plenty of good experiences, the people were friendly, and the city was overall a great place to spend a long weekend.