The last place I have visited before leaving Kuala Lumpur was Merdeka Square. Actually, I was here twice: the first time was during the night I arrived. My Couchsurfing host and I took a walk around downtown, and eventually we ended up here before finding some place to eat. But I didn't have my camera at the time, as I didn't feel like taking pictures immediately after touchdown. So the last day I was there, I opted to visit it again.

Merdeka Square is pretty much Kuala Lumpur's front yard. This square was where Independence was declared in 1957, and the Malaysian flag was hoisted up for the very first time. Ever since then, important events happen in this open space. 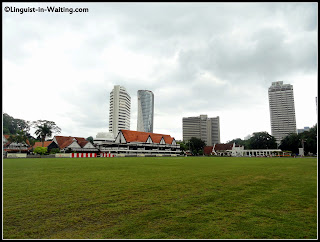 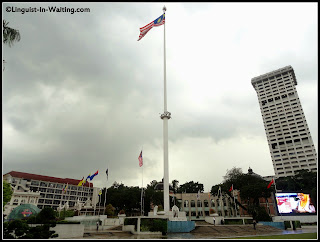 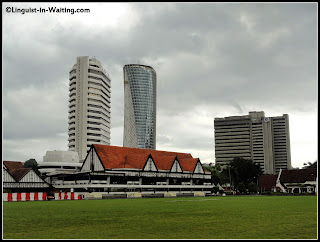 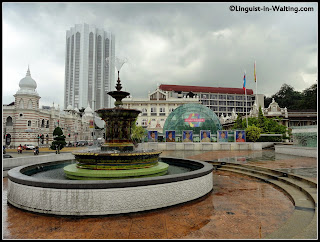 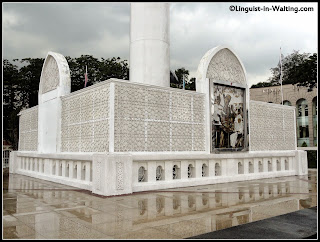 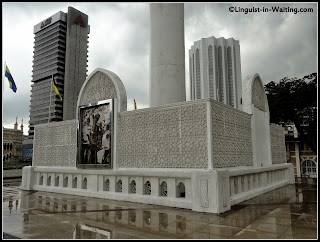 There are skyscrapers that surround the plaza. And sometimes, the rain gives it an eerie effect too. Rain falls often in Malaysia, as it is located in the tropics after all. The above photos show how the plaza looks like just after a rainshower. 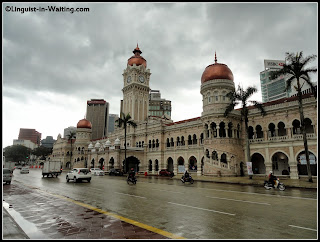 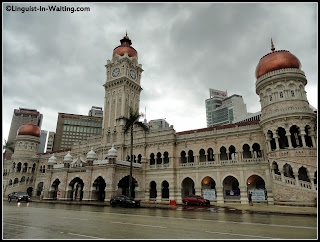 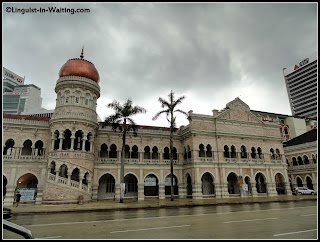 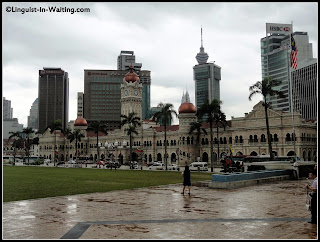 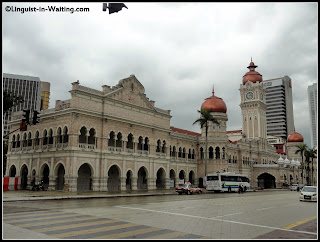 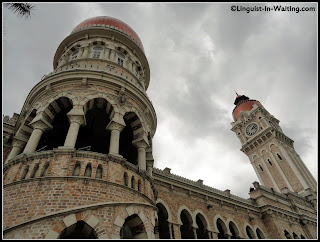 The grand building facing Merdeka Square is the Sultan Abdul Samad Building. Now it is a building that houses government offices. It was built by the British and is a very prominent landmark in the city. During the time I visited, there were exhibits about Malaysia's World Heritage Sites, which I checked out. It made me put Malaysia on my bucket list, since after all, my current visit to Kuala Lumpur is just a stopover. 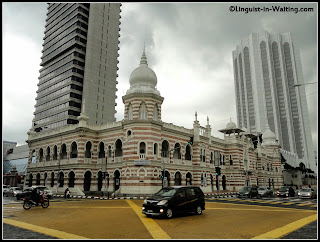 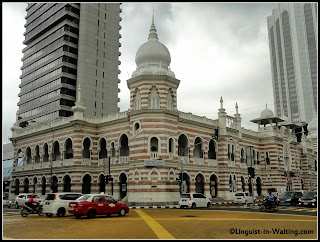 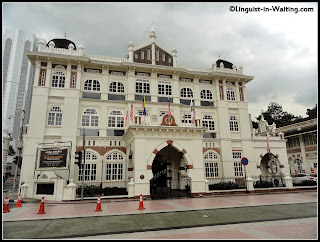 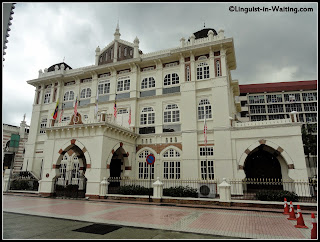 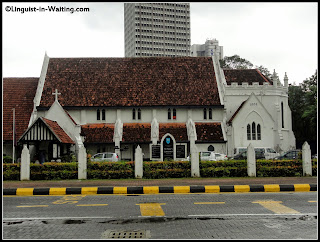 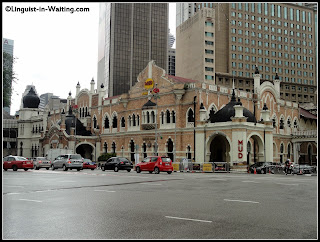 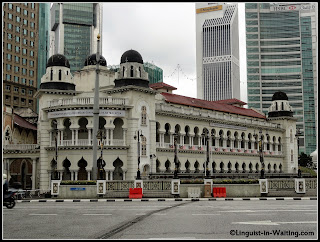 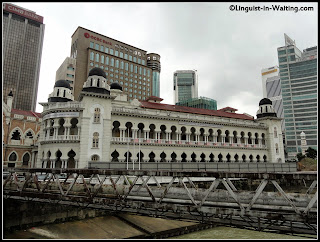 There are several other notable buildings around the area, which houses several museums, as well as St. Mary's Cathedral, which is an Anglican church. The photos above show you a snapshot of it. If ever you're in town, try to visit it both in daytime and at night, as the experience is definitely different. It's a short walk from Masjid Jamek Light Rail station.