Meandering in Myanmar: Kawgun Cave and Kyauk Kalap in Hpa-An

Mawlamyine was my base when I was in southern Myanmar. However, I also did daytrips to other places. One of the places I loved was Hpa-An, which was actually located in Karen State, two hours away from Mawlamyine by bus. So I went to the bus station after eating my breakfast of Shan noodles, and boarded the rickety bus that took me to Hpa-An. 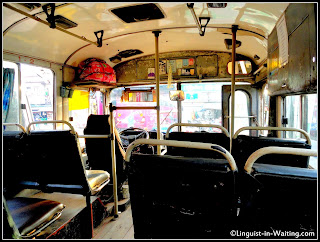 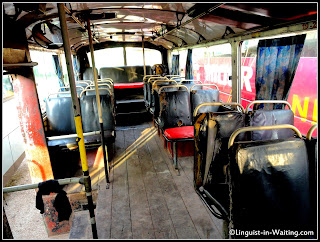 The bus looked very old, like something from the 1980s, and the seats were very grim. It's definitely not your luxury tour bus. This bus took me to the rural countryside, passing bridges and checkpoints, through plains and limestone mountains. After two hours, I was in Hpa-An, which is a small town, smaller than Mawlamyine. I found the backpacker guesthouse which was recommended as a place to arrange tours to the caves nearby. Based on their suggestion, I found a motorcycle taxi and arranged with the driver to take me to the nearby caves and other places worth seeing. So I put on my helmet and held along for the ride.

Kawgun Cave is not the most cave-y cave I have seen. I was expecting a lot more stalactites and stalagmites, and other rock formations, but I was disappointed geologically. However, what this cave has is a vast collection of carved Buddha statues, not only sitting up, but also on the walls. They are so small and intricate that one would wonder how many hours a carver spent to carve each one of these things. 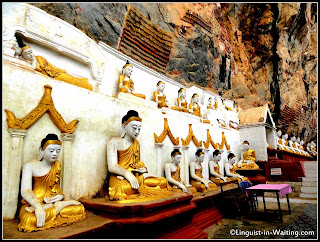 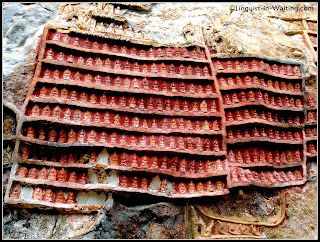 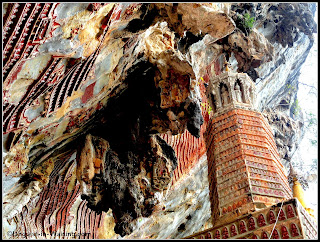 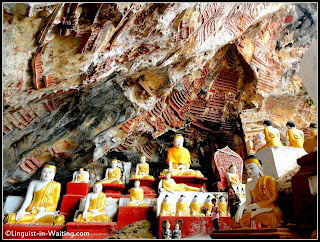 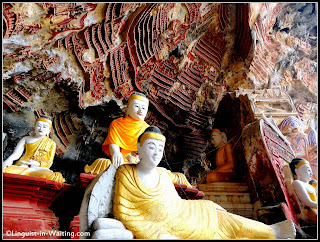 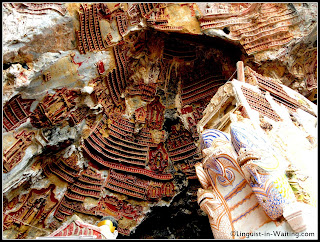 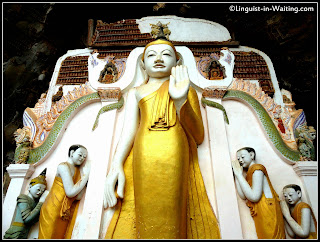 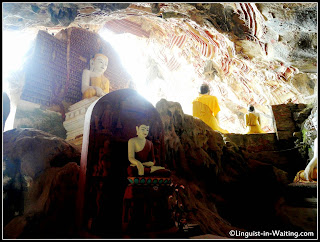 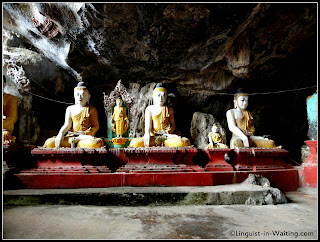 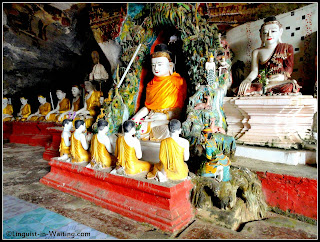 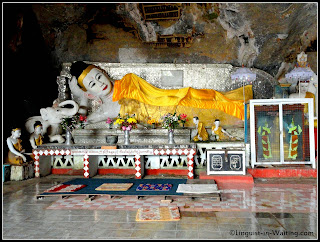 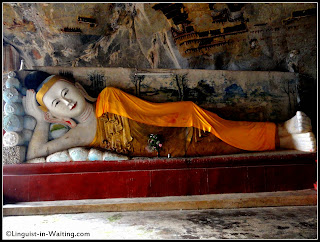 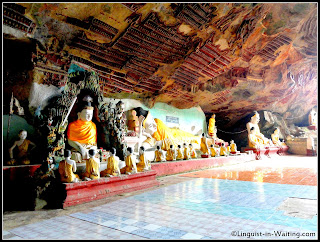 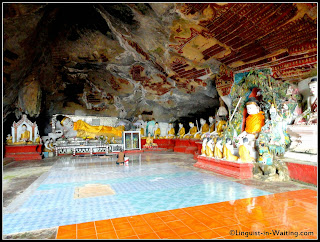 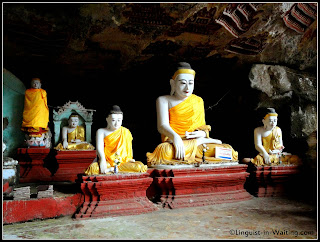 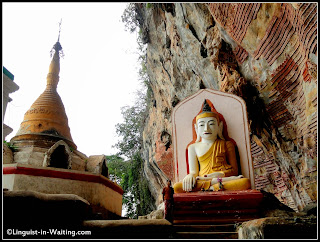 The people in Myanmar are very religious. Caves are decorated with Buddha statues because caves apparently are quiet places and therefore are conducive for meditation, hence people come here and pray. While I was here, there were small groups of people who went, clasped their hands together, and prayed to Buddha. 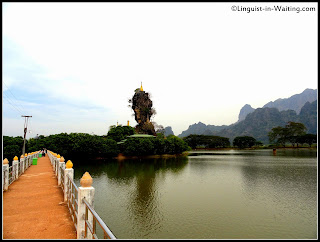 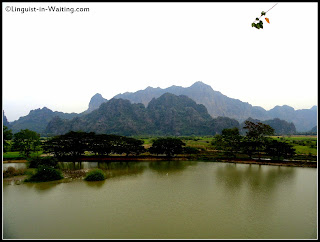 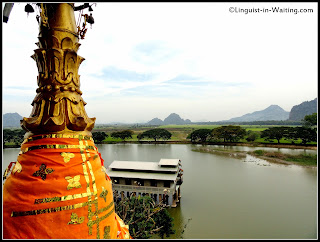 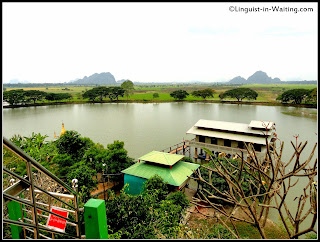 After visiting Kawgun Cave, we went to Kyauk Kalap, which is this lake, containing a tiny island that is actually constructed as a monastery. The tiny island contains a rock that stands vertically which monks actually made into a quiet meditative place. The view from the top of the rock overviews the peaceful surroundings, and it is easy to see why a religious-minded individual would select this as a place to meditate. The monks close the place from noon to 1:00 PM so that they can meditate. We were just in time to sneak in a few minutes of sight-seeing before they closed it on us.

My time in Hpa-An was short, but I was definitely impressed by what it could offer. I am saving the better pictures for the next entry, which is on the other cave I visited, which was definitely much more impressive.