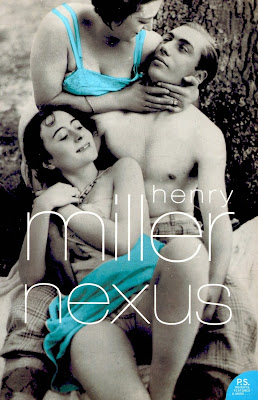 Finally, I have finished reading the last book in Henry Miller's Rosy Crucifixion Trilogy. I guess by this time, I have a deeper understanding of Henry Miller, having read the whole trilogy, as well as the Tropics.

See, somehow, after reading this book, I don't have an enthusiastic opinion of Henry Miller as when I first read Tropic of Cancer. I used to like him. I used to like the idea that he mixed up fact and fiction, writing about his Bohemian life in Paris. But now, after reading the three volumes of the Rosy Crucifixion Trilogy, I don't have the same respect for him as back then.

First, I don't like the fact that he never showed versatility. It seems that the only thing or topic he could write about was his life. Nothing more. He wrote about his life in Tropic of Cancer, in Tropic of Capricorn, and in the Rosy Crucifixion. But aside from that, he never deviated elsewhere. I know that he has published other books, but after reading five books of his, I am afraid to pick up another one fearing that it might be of the same topic once again.

See, other writers can explore other topics. Jose Saramago is the author I have read the most, and while preserving a grand idea across his many books, he also was able to explore this grand idea in plenty of different manifestations across various different topics and themes. The same goes for Salman Rushdie, another author I have read multiple times. Henry Miller on the other hand seems to only be capable of writing about his life and nothing else.

Granted, one thing that Henry Miller should be given credit for is the fact that he had a very brilliant idea of mixing fact and fiction. After all, that was the great discovery attributed to his first books. However, I think he is for the most part, reusing his idea. He just has one great idea, and he used it again and again. After a few books, it tends to be boring. Not to mention the fact that his lifestyle isn't the most virtuous one either. I have nothing against artists and Bohemians, but the way he described his life makes it look like he expects people to take care of him while he simply sits in front of the typewriter plonking away. Sure, there is a hard climb to fame and prosperity if one takes the artistic path, but don't simply go ahead bumming your way by cheating people around you who actually work for a living.

Overall, I think I still liked this book, but not as much as his previous books. I think by now, I've been jaded and won't be picking up another Henry Miller book anytime soon. 3 out of 5 stars.