I love visiting caves. I don't know why. I've been to several caves before, including Koněpruské Jeskyně in the Czech Republic, Mammoth Caves in the USA, Lumiang and Sumaging Caves in the Philippines, Grutas de Lanquin in Guatemala, Batu Caves in Malaysia, and Kawgun Cave and Yathaypyan Cave in Myanmar. So when I found out that there are some caves that can be visited in Israel, we made plans to check it out. Hence we did an excursion to Avshalom Cave, at the Judean Hills, east of Beit Shemesh.

This cave was actually accidentally discovered only in 1968, while quarrying. It features plenty of stalactites, and therefore is a very interesting thing at least in my opinion. It can be visited only as a guided tour, but the guides are not too strict, in the sense that one can linger there later for however long one likes, after the presentation. The tour starts with a movie explaining how the caves came to be, and then the guide escorts us to the caves, and shows some of the cave highlights. After that, it is our own pace to go through the caves and get out. We happened to join a large group of Arabic-speaking high school students, but we opted to stay in the back as it was more quiet and therefore we had more time to take photos and enjoy the area.

I have taken a few photos which I show below. 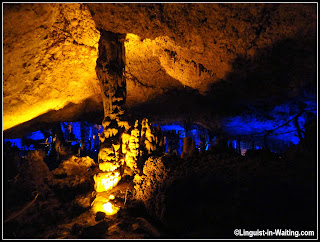 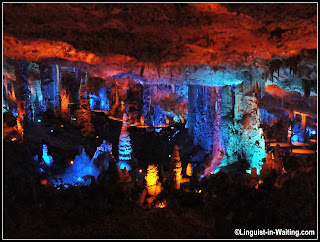 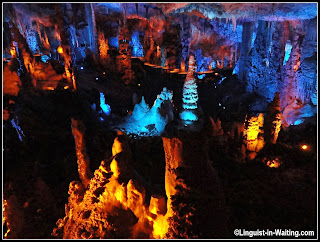 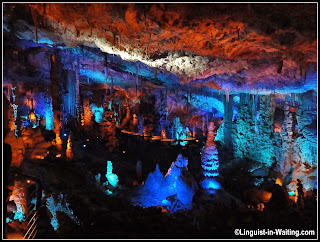 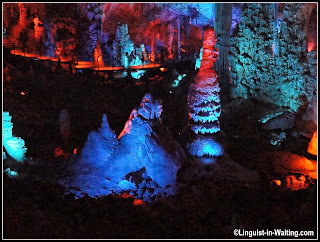 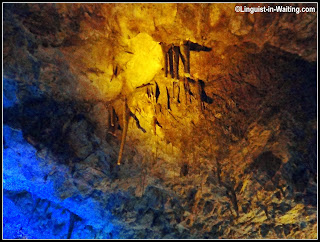 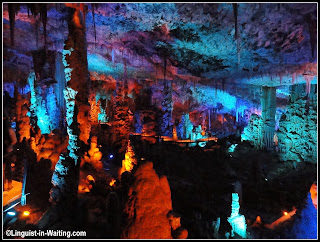 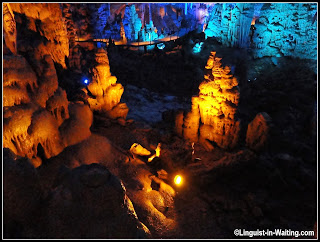 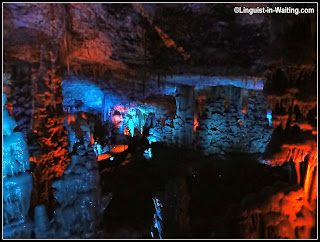 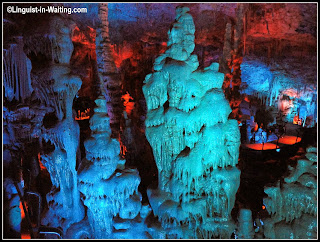 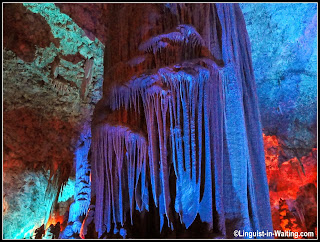 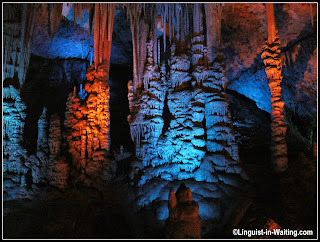 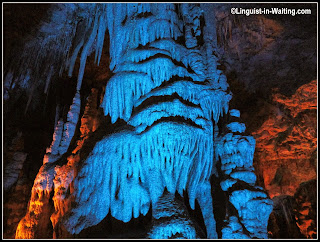 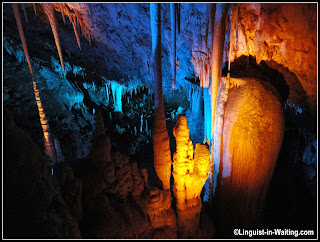 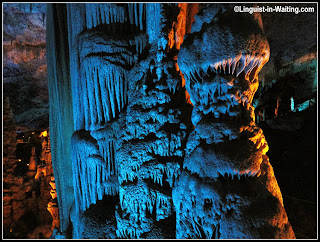 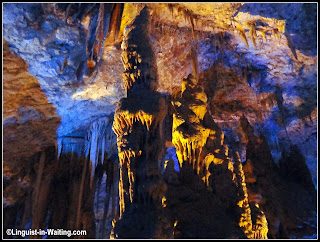 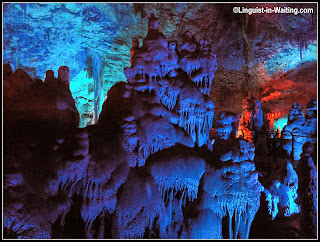 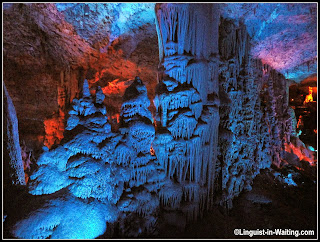 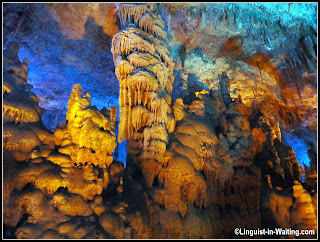 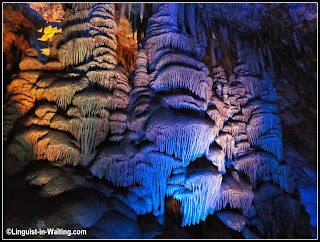 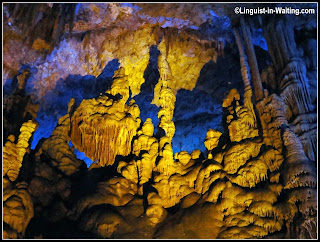 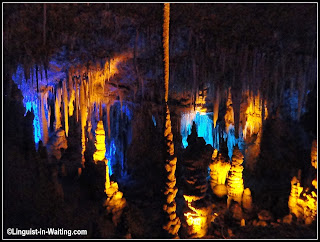 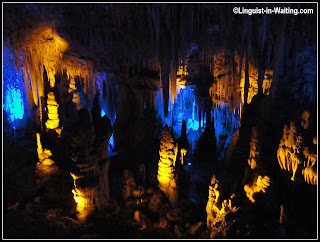 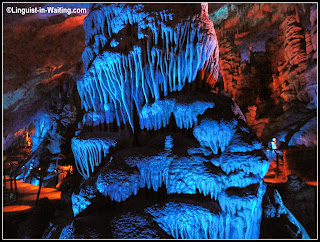 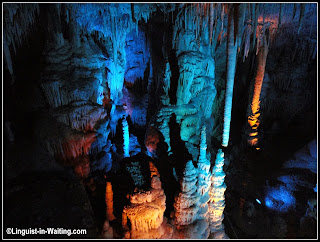 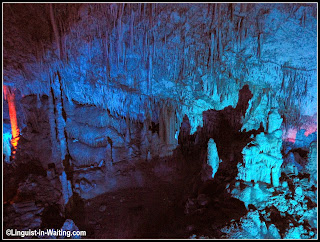 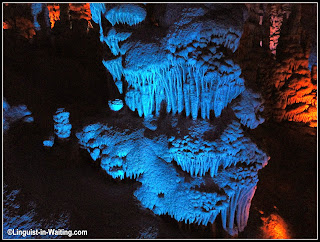 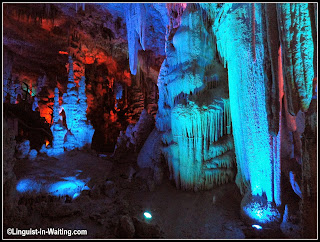 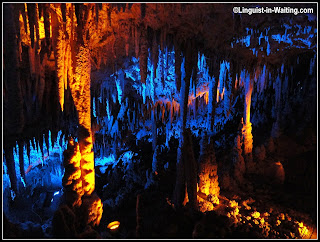 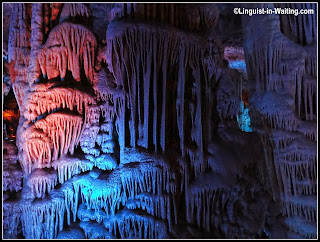 I admit, the lighting might be a little artificial, but apparently, it is made like that to prevent the growth of algae. The temperature is chilly inside, which is quite a contrast to the hot climate of the area.

Photography is allowed, without flash. This area might be a little hard to reach when you do not have your own car, as buses don't go this deep into the hills and therefore you might want to either rent a car, or plan your day very precisely, and be prepared to walk a lot. I definitely recommend this place, as it's quite visually stunning.