Hobnobbing in the Holy Land: The Church of the Holy Sepulchre

This is perhaps one of the most important religious sites in Christianity. The Church of the Holy Sepulchre is traditionally held to be the place where Jesus was killed, the Calvary; as well as the place where he was buried (though some Christians believe he was buried in the Garden Tomb). Five Stations of the Cross are located in the church, which means that most visitors here are visiting more for religious reasons, than for sight-seeing. And as such, it was interesting to be in the midst of them, in a way.

See, I always find it fascinating to see the way people behave when practicing religion. This place was no exception. 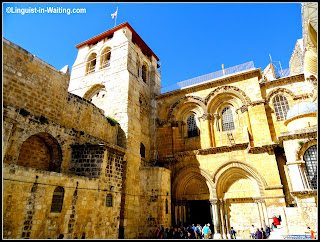 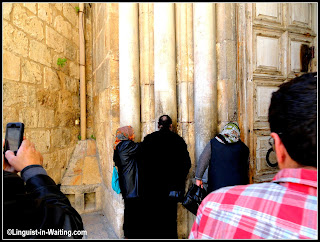 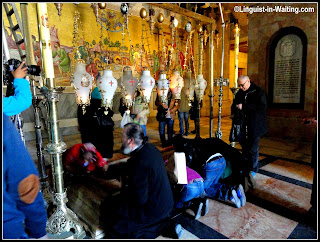 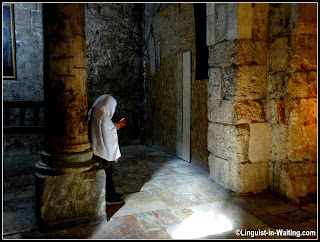 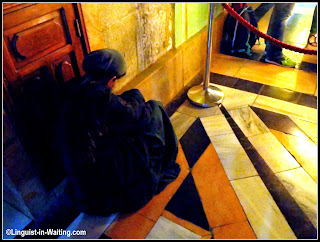 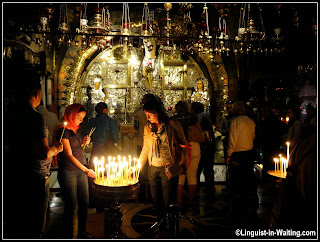 Look at several devout people in the pictures I have above. First, in the picture depicting the courtyard, there is the Immovable Ladder beneath a window. It is deemed immovable because there is an agreement regarding this church that nobody can alter or move any church property without consulting the other Christian denominations. Again, it is a manifestation of religious strife. Heck, even the keys to the church are managed by a Muslim family because all the Christians wouldn't agree on how to manage it.

The other pictures above also show the various rituals people do, such as kissing the Stone of Anointing, which is said to be the stone where Jesus' body was prepared for burial. They also kiss the pillars upon the entrance of the church. 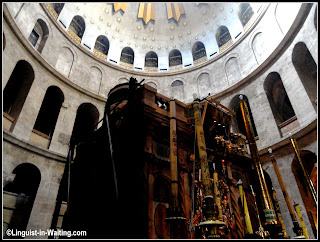 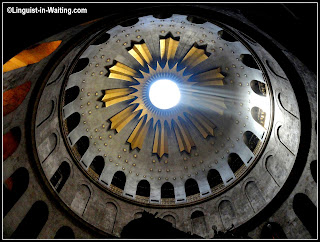 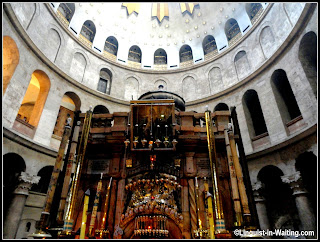 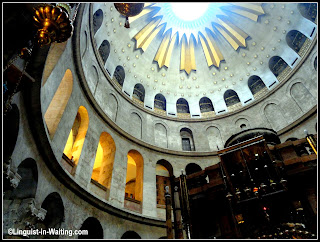 The four pictures I have above show the Rotunda, as well as the Aedicule underneath it, which is a chapel that houses the Holy Sepulchre. Three Christian traditions jointly manage this area of the church: the Eastern Orthodox, the Catholics, and the Armenian Apostolic Church. They all hold services here daily. 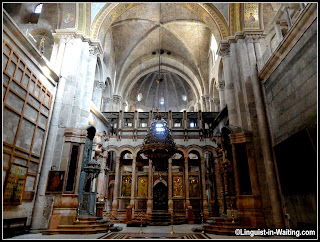 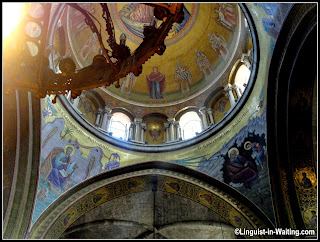 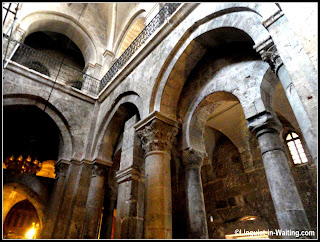 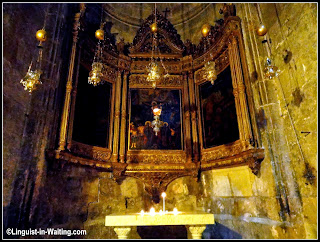 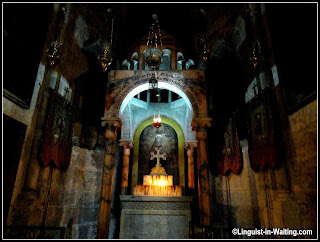 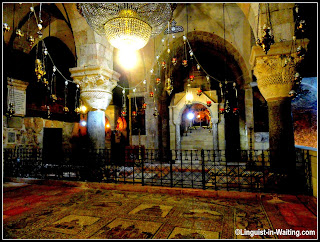 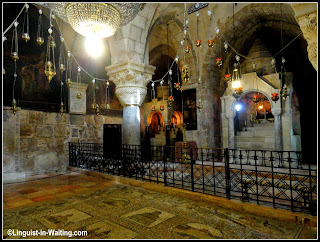 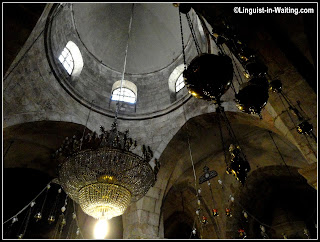 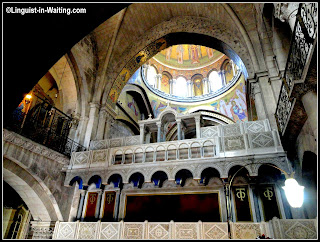 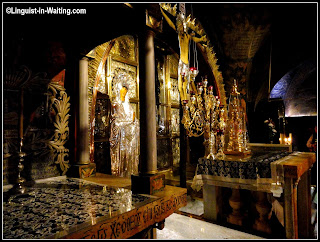 I didn't have the patience to join the religious in lining up to enter the Aedicule, so I went ahead and checked out other places in the church instead. This church is labyrinthine, and has many nooks and crannies, so I opted to check those out. The pictures I have above show a sampling of what I have seen.

In hindsight, I think this church was a weird place. I approached it more as an anthropological experience, seeing how people's beliefs shape their behavior. It was quite interesting and bizarre at the same time seeing these Christians execute their ritualistic behavior, especially thinking that these rituals and behaviors are all due to one crazy man with delusions of grandeur, who somehow convinced a lot of people that he was the Savior.