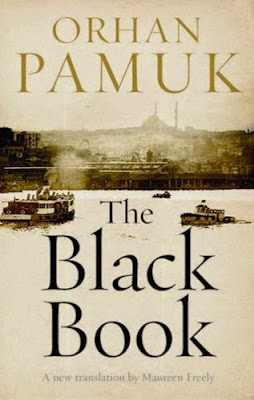 I have previously read several novels of Orhan Pamuk before. I began with My Name is Red, followed by Snow, and then the Museum of Innocence. He is an author I definitely appreciate, though I have to say I didn’t like him in the beginning. However, that opinion slowly changed, and now he is one of my favorite authors.

I especially like his post-modern style of writing. In every one of his books, he usually appears as a minor character. I don’t remember noticing that in My Name is Red, but in Snow, that was definitely prominent. And in The Museum of Innocence, Pamuk also appeared as a guest in a wedding. So I was already expecting that somewhere in this book, Pamuk would also appear.

The interesting thing is that they say that this is the book where Orhan Pamuk first discovered his voice. And yes, it is indeed the case that this book was published way before the other books that made him famous in the English-speaking world. So for a while, this book was something that was only accessible to Turkish speakers, since after all, the original is in Turkish.

That changed, when Maureen Freely completed her translation of this novel to English. And so I was looking forward to reading it this time, and I finally got the chance to do so recently.

This novel is in essence a mystery novel. Yet a very unconventional one. The main character is Galip, who finds his wife someday to be missing. He thinks that his wife Ruya has left him and went back to an old fling of hers, Celal. Celal happens to be a journalist, and so Galip decides that he would investigate on his own and try to find where Ruya and Celal are, who also happens to have disappeared somehow. Hence, the majority of the book tracks and follows Galip in his attempt to reconstruct past events, trying to follow Celal, visiting Celal’s offices, homes, hideouts, and so forth. And in the whole process, Galip slowly embodies Celal, even pretending to be him, wearing his clothes, living in his empty apartment, in his search.

Plotwise, there is a very simple plot, that is, the book is about Galip’s search for Ruya and Celal. However, it immediately gets complicated. The novel has several levels, and there are plenty of stories embedded within the main storyline. Celal is a journalist, and therefore sometimes the novel goes into the articles that Celal has written. This means that this is a book that is relatively hard to read and follow. The narrator changes all the time. In fact, this reminds me of My Name is Red, which was the first novel of Pamuk I have read. In that novel, there is a different narrator every chapter. No wonder people claim that this novel is where Pamuk has found his voice: there are traces of his style that are evident in the other later novels of his.

In my opinion, reading The Black Book is not about trying to find out what happened with Galip, Ruya, and Celal. Because I should say that in the end, it was also not clear what exactly happened. There was a murder at the end, where one of the missing characters finally appear, albeit dead. However, it wasn’t clear why this character died, and who killed this person. Rather, in my opinion, reading this novel is more about experiencing the very unique literary sensation that only a writer like Orhan Pamuk can deliver. It was definitely a great experience, and something that I enjoyed a lot. I was afraid that the experience would eventually end, as I turned the pages one by one. While The Museum of Innocence is still my most favorite Pamuk novel, The Black Book comes a very close second. I give this book 5 out of 5 stars.