Hobnobbing in the Holy Land: The Church of the Nativity in Bethlehem

One of the major sights in Bethlehem is the Church of the Nativity. This is a basilica that was originally commissioned by Helena (Constantine's mother), as tradition states that this is where Jesus was born. Who knows if that is true. Yet for the plenty of visitors that come here, it does seem to be true, as evidenced by their devout behavior. 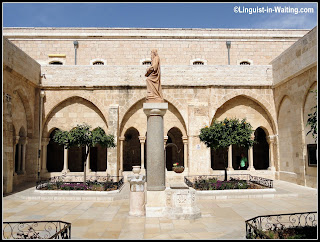 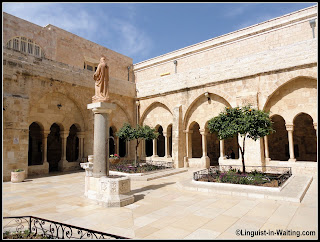 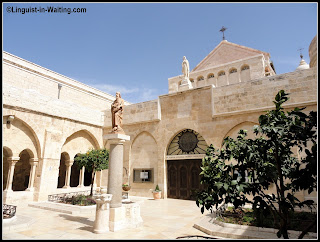 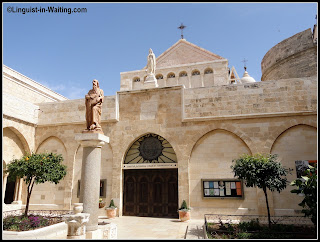 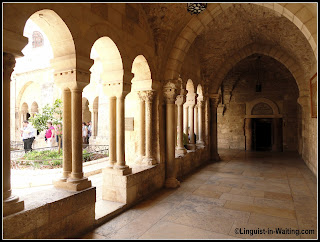 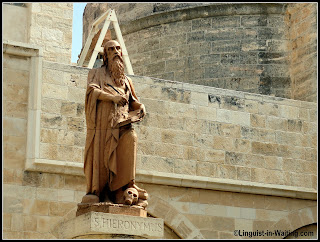 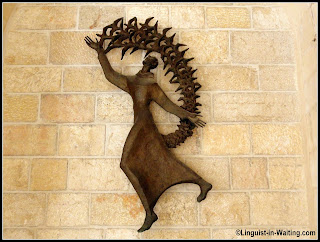 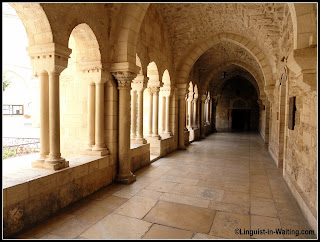 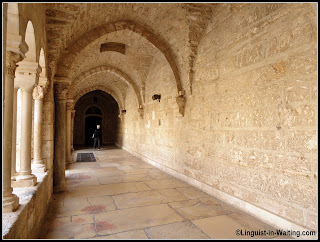 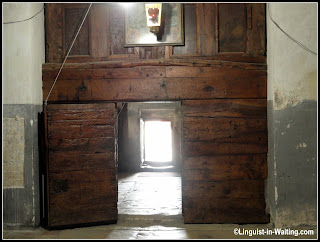 Let's start with the courtyard. The sun shines brightly here, and the courtyard actually has these nice little nooks and crannies where one can sit and shield oneself from the sun. The courtyard features a statue of Hieronymus, though to be honest, I don't really know why he is significant. The final picture you see there shows the tiny door to the basilica. There is a reason why that is tiny. It is called the Door of Humility, and apparently the reason why it is tiny is because the authorities didn't want people waltzing quickly into the church, so to restrain one's entrance, they made the door very small. 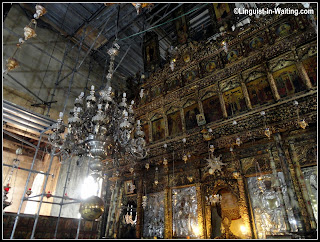 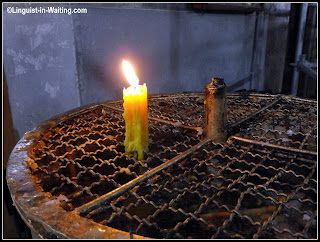 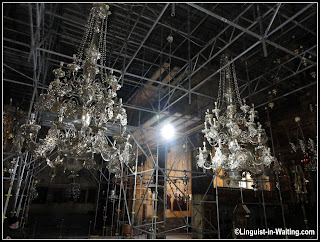 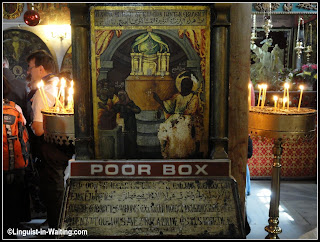 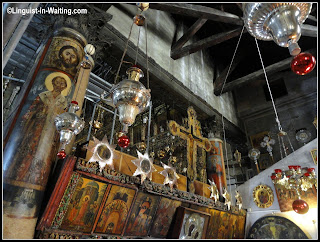 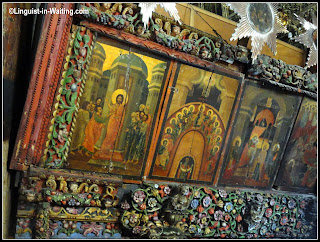 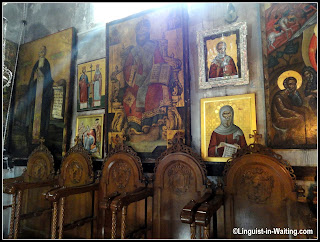 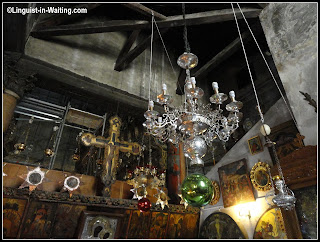 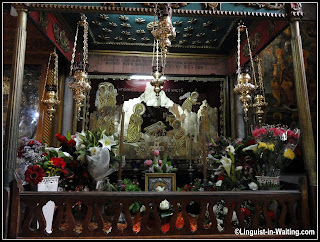 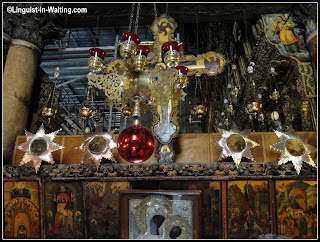 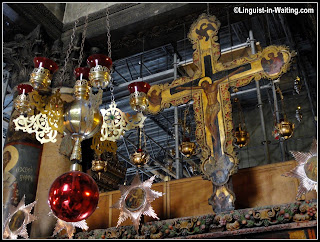 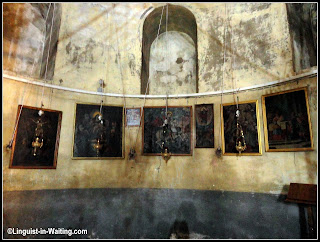 The interior of the church is being renovated, hence, you can see quite a bit of scaffolding in the pictures I have above. One senses a feeling of slow deterioration in this church, as everything is old, and it definitely shows. You see the wear and tear of the wood, as the pilgrims tread on them day in and day out. Yet this doesn't bother them, as their sole objective when entering this church is to enter the grotto, where their tradition states is the location where Jesus was born. It's an underground cave underneath the basilica, and it takes a little bit of time to enter this place, since it is rather narrow and there are plenty of people who want to see it. 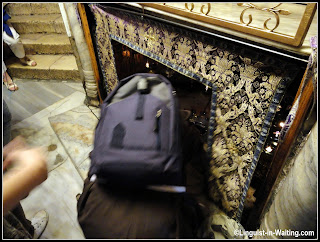 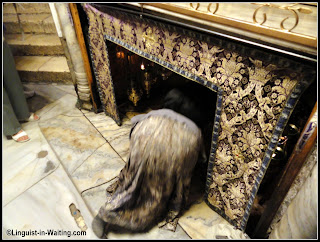 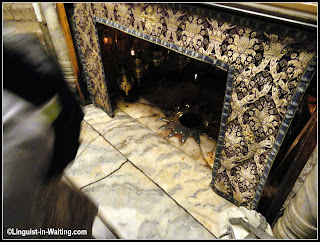 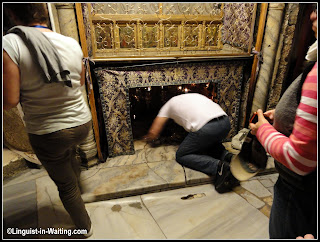 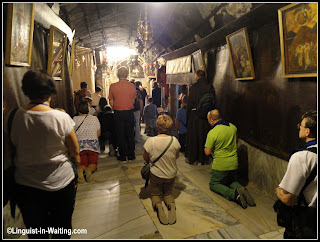 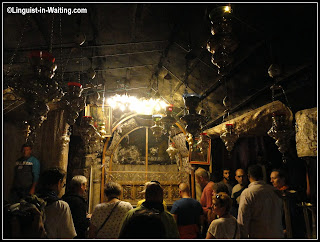 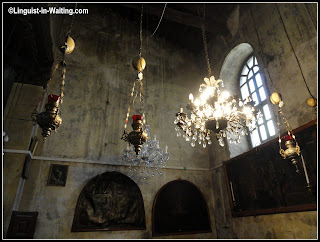 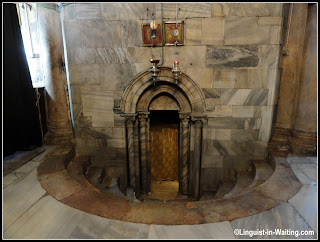 The pictures above show you the devout practicing their religion. When they finally reach the cave, they kneel and kiss the ground. Or rather, they kiss the hole on the ground. I have seen other visitors bringing their Bibles and other holy books and rubbing it against the hole in the ground. I could only imagine how many germs have been passed on by this practice. It was definitely surreal to be an unbeliever in the midst of believers. And yet I cannot help but think that these people are so misguided, thinking that they have an imaginary companion, born in this place.

Anyway, after watching some of the pilgrims do their thing, I opted to exit. I've had enough. So I went up the stairs and found fresh air once again.