After visiting Herodium, I went to Mar Saba Monastery. This monastery is one of the oldest inhabited monasteries in the world, and is currently a Greek Orthodox monastery that houses about 20 monks. The setting is quite spectacular, and reminded me of my visit to David Gareja Monastery at the Georgia-Azerbaijan border back in 2013. Like that place, Mar Saba also features spectacular geographical traits, as this monastery is situated right at the cliffs of the Kidron Valley.

As typical for Greek Orthodox monasteries (see for example Mount Athos), women are not permitted inside. There is only one building where women are allowed, and monks in monasteries also don't want too many visitors. So when we were there, we just took a little peek, and instead, spent more time in the valley outside the monastery. 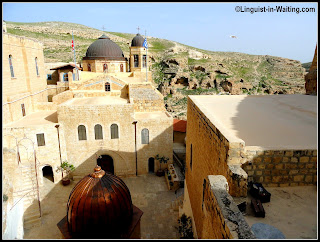 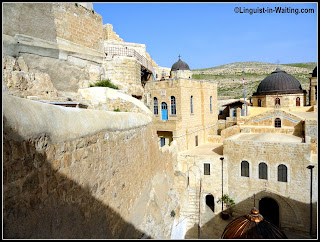 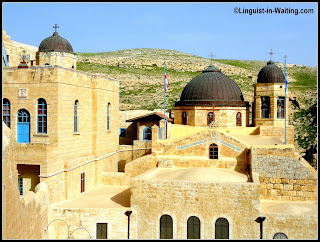 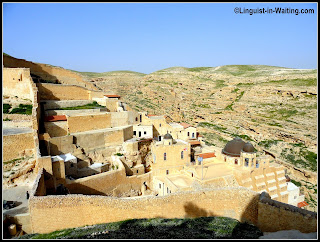 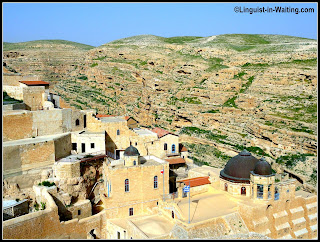 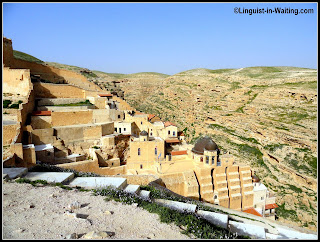 After checking out the monastery, we went down the valley for a little bit, and checked out the geography. The scenery was gorgeous, as the following pictures attest. 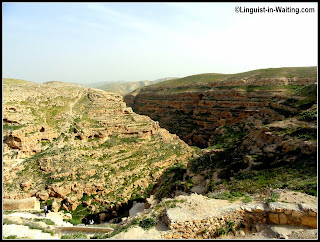 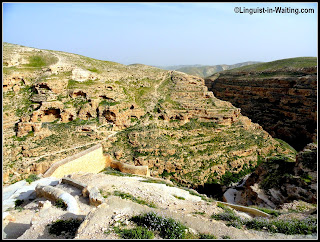 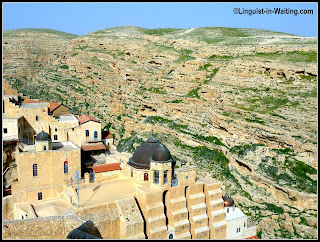 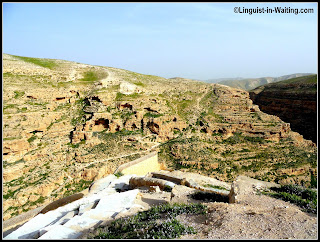 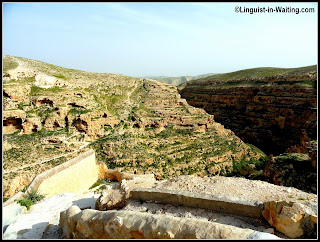 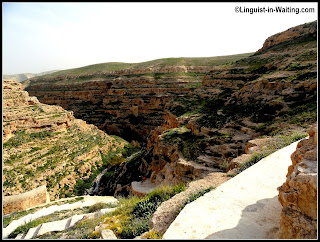 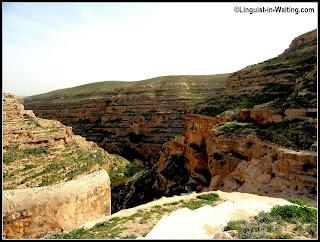 While checking out the valley, we came across a Bedouin family, who invited us for a quick lunch. The Bedouins are a very hospitable people, and even though they live in tents and move around, they show their hospitality to travelers they meet. I don't think they have met a Filipino before, at least the family that I visited. They were tending goats, which provide them with milk and meat. I was given some yogurt-like drink, as well as some homemade bread and cheese. It was not the most gourmet meal I have eaten, but it was definitely a very good experience. Language was a little difficult; I had a guide with me who spoke English, who translated into Arabic the conversation we had so that we could understand each other. The Bedouins even invited me to stay the night with them, but I refused as I already made arrangements.

Overall, it was an interesting experience, and something that I will definitely remember for quite some time.