Hobnobbing in the Holy Land: Going Below Sea Level

On our way to Jericho, we drove through the highway cutting through Palestine. And as we approached Jericho, the road just kept going down and down, and at some point, there were signs saying that the sea level was fast approaching. That was quite a curious thing, as I think I never really had a conscious feeling that I was below sea level until then. 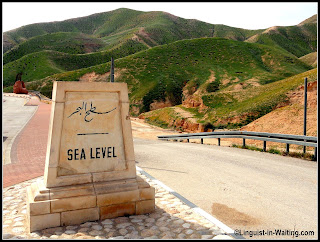 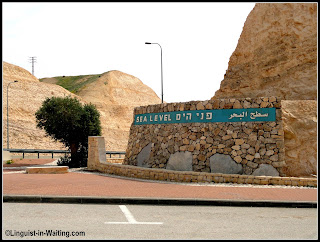 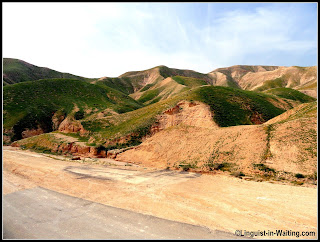 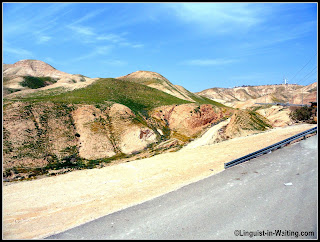 You will definitely see that the sea level is approaching, and unlike most of my visits to the Netherlands where the cities are indeed under sea level, this one is more dramatic. For one, you definitely see that the road still goes down and down further, and better yet, there are plenty of rock formations and other geological features that make this definitely a more drastic feeling than say, being in metropolises in the Netherlands that are beneath sea level. 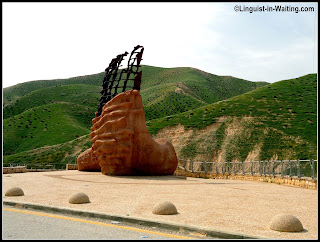 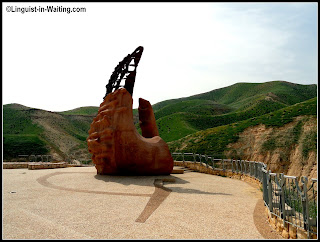 There were monuments nearby, including this weird sculpture that looked like a skeletal hand coming out of the ground. There were also camels waiting for people to ride them, as well as people selling trinkets and such. 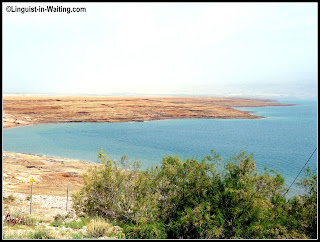 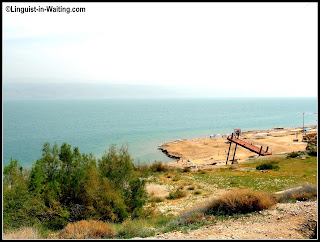 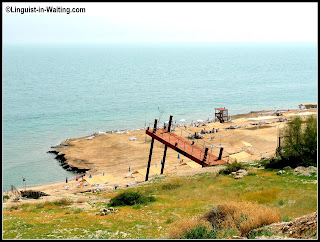 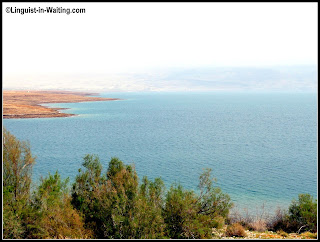 Finally, we reached the Dead Sea. It is supposedly known for its medicinal properties, and there were plenty of places where one can buy Dead Sea beauty products. I also saw people heading there to swim, but since I wasn't a big fan of water, I didn't go swimming, I just watched from an overlook. It was interesting.