Hobnobbing in the Holy Land: On Palestinian Politics

After spending some time in Bethlehem, Jericho, and Hebron, it was time for me to move. This time, I went to Ramallah. By this time, I have seen quite a bit of Palestinian scenery, to the point that I began forming negative opinions about Israel and about the way it treats its occupied territory. Indeed, I was so disturbed by it that when I went to Ramallah, I stayed there for two nights, yet I really didn't do any sight-seeing much, as I had plenty of other disturbing thoughts in my head that I needed to deal with. I just stayed in the hostel, talked to people, read books about the Israeli-Palestinian conflict, and dwelt on it a lot.

First, I felt that Palestine pretty much is a gigantic prison. It really feels like that. Just imagine being surrounded by this separation wall that the Israelis built. Check the pictures below to see what they look like. 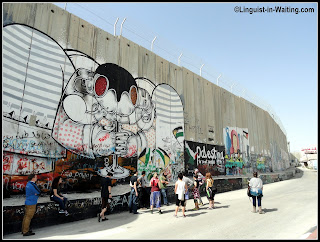 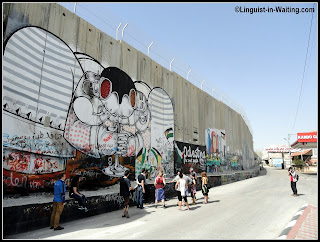 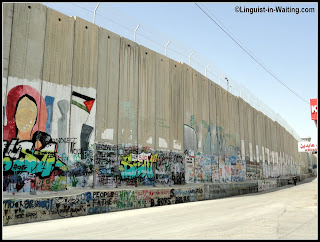 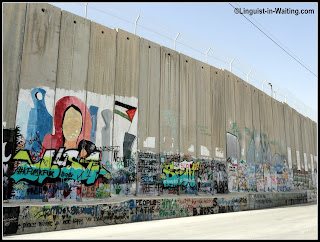 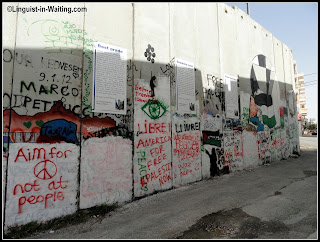 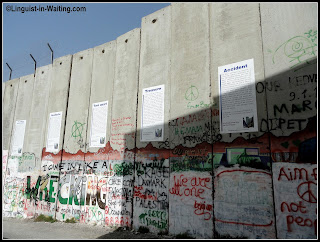 It's one thing to build a border fence, it's another to build a fence segregating communities that originally were living together, making towns and villages exclaves in the process. In theory, I have nothing against building a border fence. Every country has the right to surround itself with a wall if it feels like it needs a wall to protect itself. But if the wall doesn't follow mutually-agreed borders, then that's another issue. If the Israeli-built separation wall followed the Green Line, that would have been okay. Except it doesn't. It enters Palestine here and there, making sure that the settler villages inside Palestine are on the "correct" side of the wall, which results in Palestinian villages being detached from farming areas, and so forth. It really is a sad state.

I went to Hebron for a day. It was a fascinating place. It was also a very tense place. I went to Hebron's Old City, checking out the markets, and the markets were actually bizarre in the sense that the stalls were on the ground level, which are operated by Palestinians. However, the buildings above somehow are occupied by Jewish settlers, and these settlers have been throwing trash at the market stalls below. The Palestinians are actually forced to build a net so that the trash would get caught instead of going all the way to the markets. I talked to a market vendor who proudly displays one scarf he wanted to sell, except he cannot sell it now, since it was destroyed by an egg thrown to it by a Jewish settler.

To add more salt to the injury, you see groups of Israeli soldiers patrolling the area, they walk around in groups of 5, with the last one sometimes looking behind, just to ensure that the Palestinians behave. Perhaps they should patrol the settlers instead, and make them clean up their trash.

The only thing I really checked out was the Muqataa, where the tomb of Yasser Arafat was located. It was in a guarded compound, and I asked the guards at the gate to see the tomb. They allowed me in, and they were also okay with me taking photos. Check my photos below. 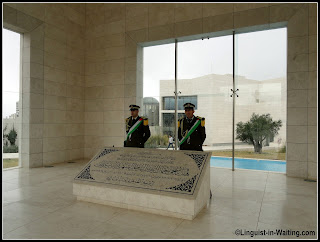 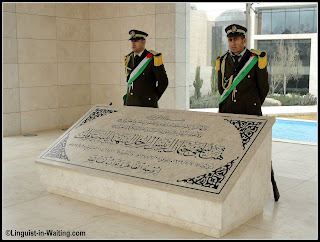 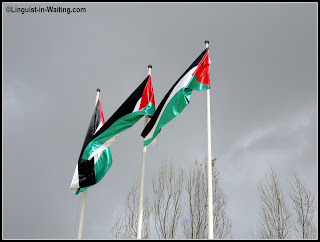 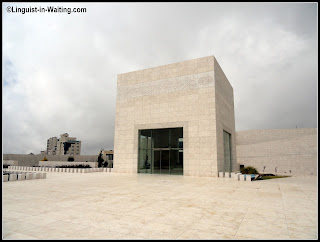 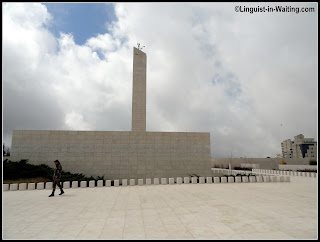 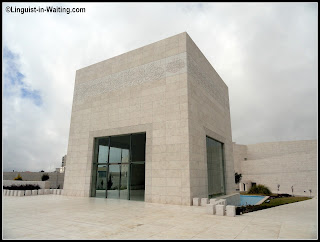 It is such a sorry predicament. It bugged me a lot, to be honest. If you want to know more about what exactly is happening there, go ahead and educate yourself. Read about what the Israeli government is doing to the Palestinians. The website of B'Tselem is a good place to start. On the other hand, if your political leanings is toward the other direction, and you believe that Jews have the divine right to take the land even at the expense of other ethnic groups, then Ahavat Israel is your website of choice.

Oh yeah, after spending two nights in Ramallah, it was time to get back to Israel. I crossed the border at the Qalandia checkpoint, which was in my opinion, one of the most heavy-duty border checkpoints out there. This definitely trumps my experience crossing the Georgia-Armenia border at the Sadakhlo-Bagratashen Border Crossing. To cross back to Israel, I had to ride a bus from Ramallah that took me to the Qalandia Checkpoint. At Qalandia, I had to disembark, and enter this facility that looked like a maximum security prison. Sure enough, there were plenty of steel bars. Pedestrian travelers had to go through these steel funnels. It's pretty much a cage. Imagine a mouse maze, but instead of for mice, it's for people. It's a rectangular cage that has steel bars on your left, right, and top. I was wearing my backpack, which meant that due to the narrowness of this cage, I couldn't wear my backpack and still turn around. There was only one way to go.

You go through several of these funnels, and at the end, there will be a X-ray scanner, as well as an Israeli soldier that would check your passport, or if you're a Palestinian, your residency card. And apparently, even Palestinians with valid residence cards are sometimes turned back on a whim. Foreigners like me had it easy, all I need was to flash my visitor's permit and passport, but for local residents, it's not the case.

Once I was through, I caught the next bus waiting for passengers at the other side of the border, and then it took us back to the Arab bus stop in Jerusalem.