Bumming Around the Balkans: The Hammam Museum in Mostar

I've been to countries where hammams are operated. However, I never really had the urge to try going into a hammam, as for me, bathing is more a personal event, not a social event. Perhaps it is due to some subconscious trauma I have experienced, perhaps a residue of some culture shock I have experienced back when I was in Japan, which is a country with a social bathing culture, and there were a few times during the time I have lived there where I found myself pretty much forced to partake in social bathing, and I was perhaps mentally unprepared for that.

Anyway, I have to admit that I have something against public nudity. It's not that I mind seeing nude people, I really don't. But I just don't want to display my own flesh myself. So even though I have encountered hammams in the past - in Palestine, in Morocco, in Georgia - I didn't really go rushing with my swimsuit, soap, and loofa, just so that some random heavy-set hairy bath attendant scrub me until my dead cells peel off and my skin end up almost bleeding. So imagine how happy I was when I saw a Hammam Museum! I can enter a hammam without actually getting wet! 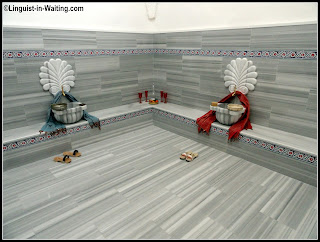 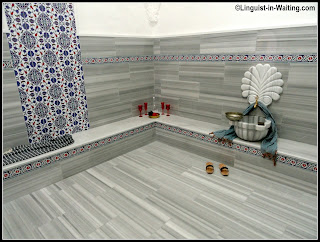 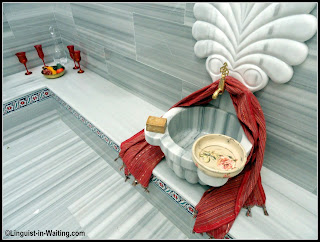 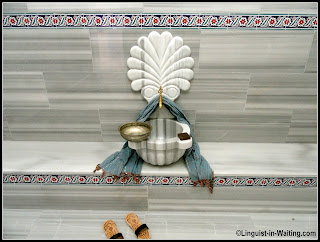 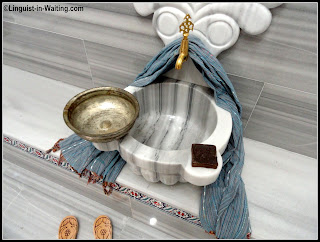 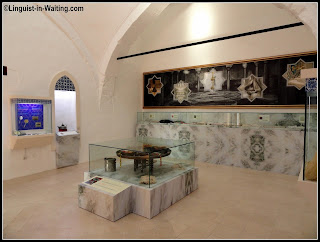 The Hammam Museum is located in the Old Town of Mostar. It's not the most noticeable building: if I didn't see the small nondescript sign saying it is the Hammam Museum I wouldn't see it and just have walked past by it. In any case, it's a low-key outfit, but given the cheap entrance fee, I figured why not check it out. 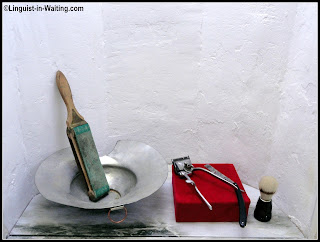 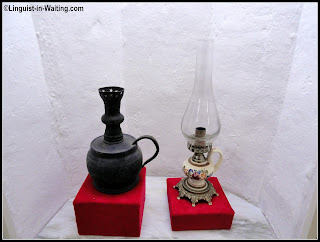 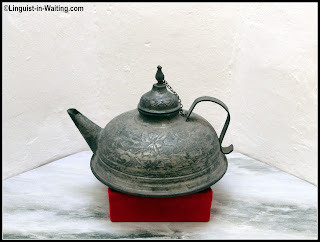 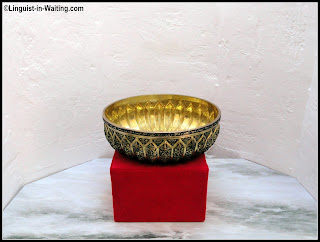 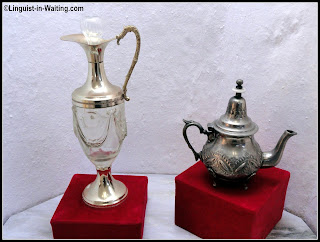 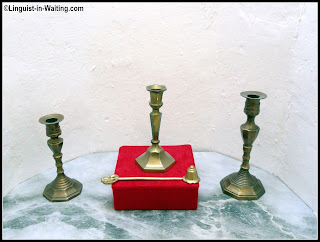 Anyway, after the film, there were the displays showing hammam items. Slowly one realizes that the hammam is more than just a place to get a bath. It is way more than that. It's a social place, a place where people gather and catch up with friends. So maybe that film wasn't over-the-top after all. The pictures above show you sections of the restored hammam, as well as artifacts and implements of old tools and equipment that are needed in the whole hammam enterprise.

This museum has a relatively large shop, featuring toiletries from Turkey. I guess the museum also acts as a boutique, showcasing Turkish bath products.

Overall, I would say it was an interesting visit. It's not the largest museum, and it has a very specialized topic, yet I found it enjoyable nonetheless.