Bumming Around the Balkans: The Assassination in Sarajevo

As I mentioned in a previous post, I didn't really take plenty of photos in Sarajevo. The weather was bad, as it was cold to take my camera out, and additionally, the lighting was also not ideal. It was overcast for the whole time I was there, and so the pretty things were hidden from view. Even my hostel, which was located on top of a hill, was too high, as it was over the low-lying clouds which meant that we couldn't see anything from the otherwise very well-positioned balcony.

Anyway, I still walked around and checked things out. After all, I was there for three nights. I checked out local museums. I also strolled around the Old Town. And most importantly, I checked out interesting landmarks surrounding the assassination of Archduke Franz Ferdinand, which sparked World War I. After all, it happened in this city. 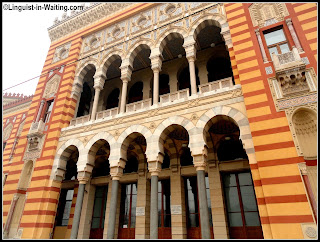 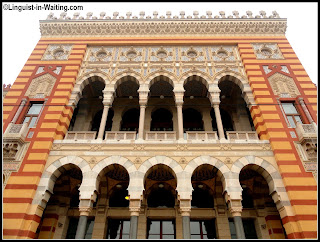 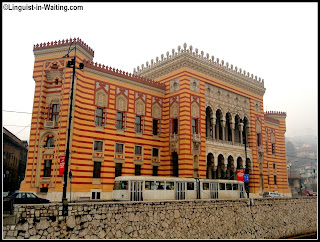 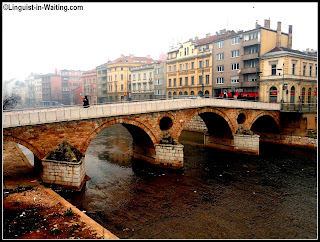 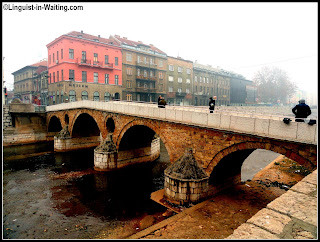 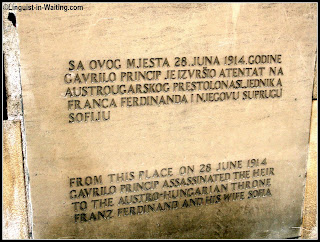 You know, there was actually two attempts that happened, when Franz Ferdinand was visiting the city. The first one was when he was at the Vijećnica, or the Sarajevo City Hall. Someone tried shooting him there, but failed. The Vijećnica is a majestic building, pictured above, which functioned as the city's City Hall until the latter half of the 20th century, when it became the library. It was destroeyd during the war, and was made famous when Vedran Smailović played his cello there numerous times, eventually becoming known as the Cellist of Sarajevo.

Anyway, a few hundred meters away is the Latin Bridge. This was the site where Franz Ferdinand was killed. A plaque commemorates the site now, and a small museum giving details of that event is located right next to the bridge. It's interesting how such a small fixture in the city can be so important to trigger world events. If someone is not historically-tuned, and just happens to be visiting Sarajevo without knowing its historical importance, then that someone can simply easily walk by this bridge and pass casually, not knowing what happened here a hundred years ago, which changed the face of Europe and the world.

So, this concludes my series on Dubrovnik, Mostar, and Sarajevo. Stay tuned, as another series will be featured next, and yes, it is a new country, I promise!