As I mentioned in the previous post in this series, William the Conqueror founded two monasteries in Caen, most probably to appease the Church, who didn't like his union with Matilda of Flanders. This is the second abbey they founded, the Men's Abbey, or the Abbey dedicated to Saint Stephen. It used to function as a monastery, but nowadays it is a government office. 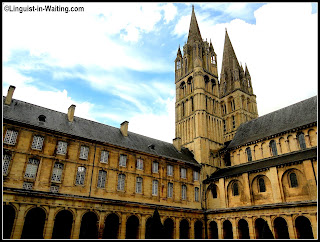 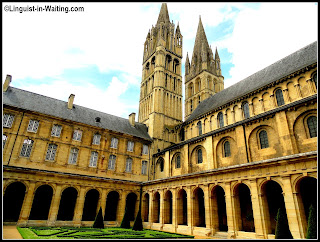 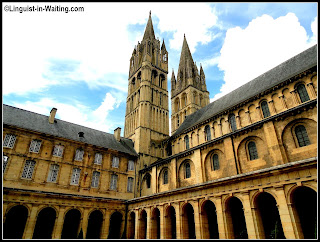 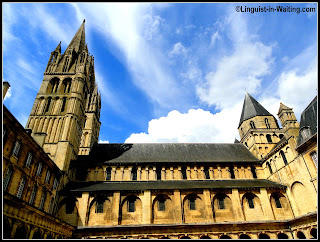 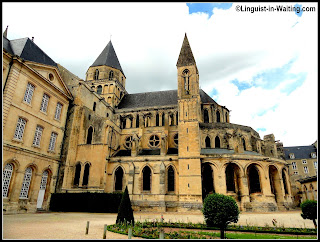 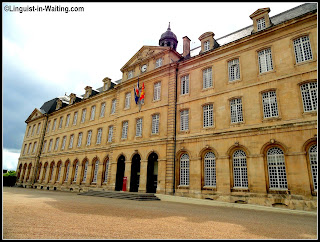 This monastery complex was built in 1066, which means that it is a fine example of Romanesque architecture. Later modifications resulted in the combination of Gothic influences to the design. 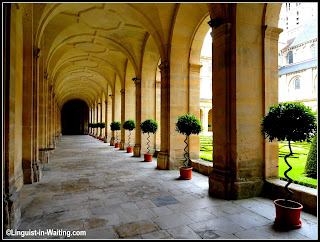 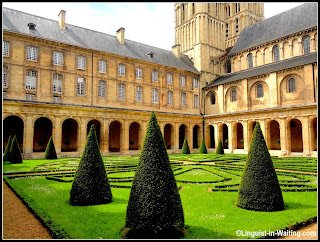 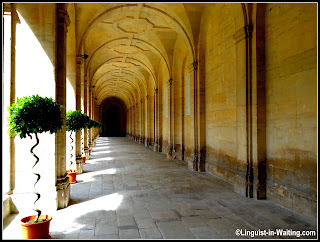 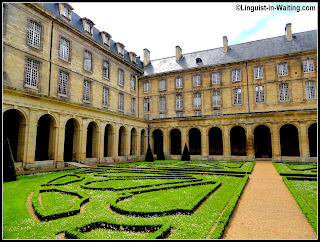 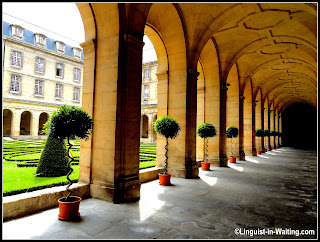 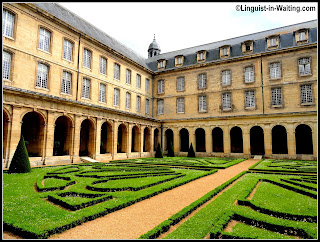 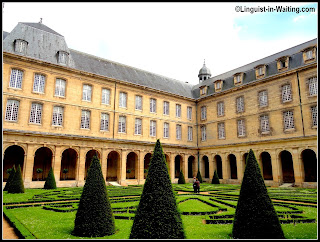 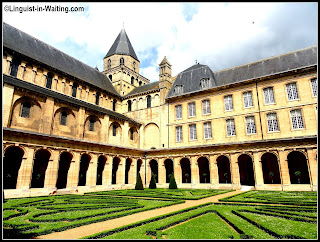 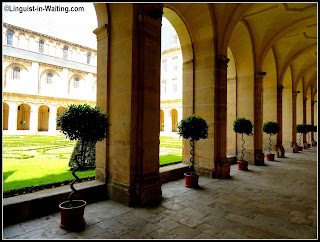 In my opinion, the prettiest area is the courtyard cloister, as the contrast between the brown stones and the green grass is quite pleasing to the eye. 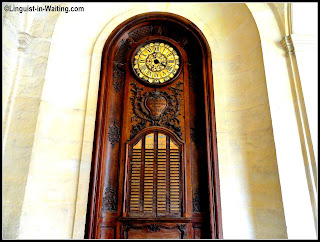 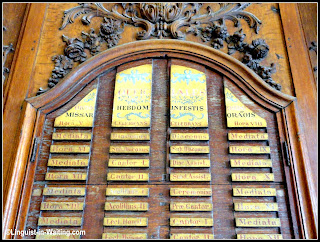 As I said earlier, this complex is not a monastery anymore, as the French Revolution suppressed the monastery. Nevertheless, artifacts of its monastic past still exist. This is a detail of a door, where daily rituals of the monks are posted, listing what times these rituals should happen. 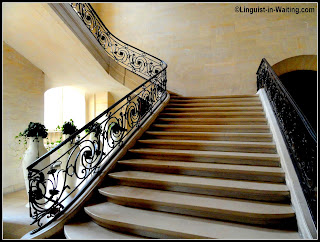 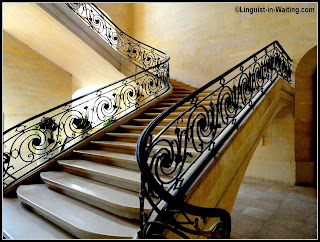 Finally, two shots of the lovely staircase. Climbing them up leads to government offices.

There is the attached church, where William the Conqueror is buried. However I took plenty of pictures inside that I think it is worth dedicating a separate post to that, so stay tuned for it.