Impressions and Images of Iran: Masjed-e Āghā Bozorg in Kashan

Upon reaching my guesthouse in Kashan, I took a small nap. If not jet-lagged, I was at least sleep-deprived. So I went to my bed and slept for about two hours before doing anything. I later realized that this was a wise move, as Kashan is situated in a hot climate, and so things actually close during the middle of the day because it's just too hot to do anything. The bazaars close, the shops close, everything closes around 12. And they open again around 4 in the afternoon.

The first thing I visited in Kashan was the Masjed-e Āghā Bozorg. The taxi driver who took me to my guesthouse actually pointed this out to me. He told me all the things that were close to where I was staying (and therefore I wouldn't need a cab), and also mentioned things that were farther away, to which he recommended his services. Anyway, I digress.

The Masjed-e Āghā Bozorg is a historical mosque that was built in the 18th century. I was told that it doesn't function as a mosque anymore, but nevertheless, the accompanying madrasa (religious school) is still fully functional, with students and all. 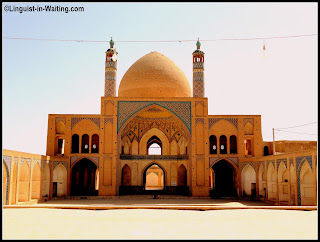 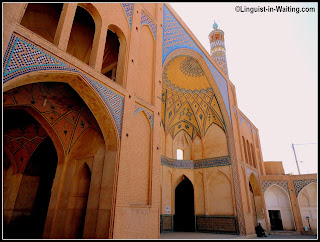 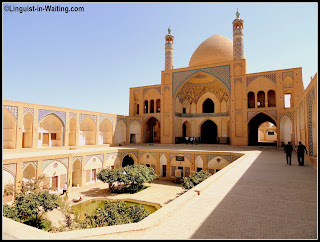 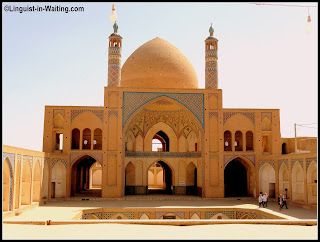 This would be my first introduction to Iranian architecture. What is important here is symmetry, and that is evident in the design. The pictures above show you how this mosque looks like when you enter it. The madrasa is actually in the subterranean level: if you take a picture at ground level, you won't see it, but the courtyard is actually a depression on the earth, in the middle of the space, and the rooms are located on the sides. This architectural theme of building underground (but exposed) is a constant here, as it makes things cooler. In fact, all of the places I stayed in featured underground rooms, and I stayed in a few of those in fact. 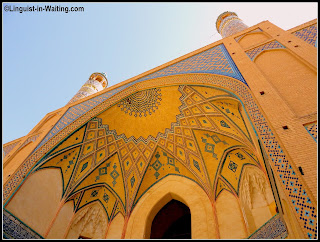 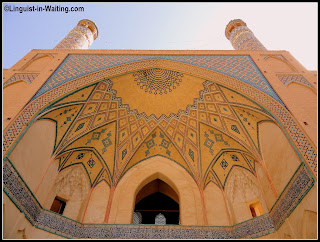 Another architectural feature that one can see here is the iwan. The iwan is a rectangular space that is walled on three sides, and the fourth side is open. The result is a grandiose optical effect, presenting largeness. Most iwans are visually arresting, as it is a crucial feature of the building, and therefore is mostly decorated quite lavishly. 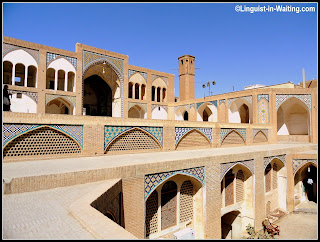 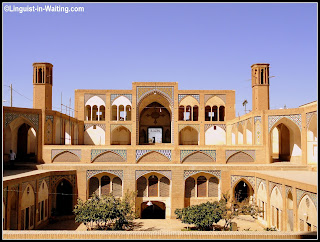 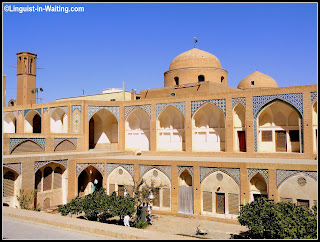 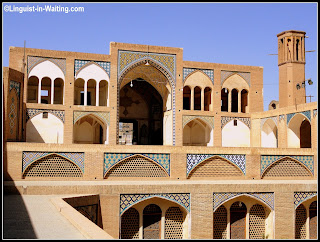 The following pictures I have above show you the madrasa. As you can see, the rooms are both above ground and underground, and the distinction just flows uninterrupted. In these pictures, you will also see badgirs, or windcatchers. These are the towers that have an opening at the top, which are designed to catch the flowing air, diverting it to underground locations of the building, therefore keeping the temperatures low. 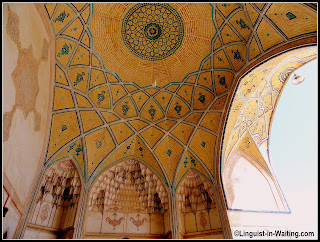 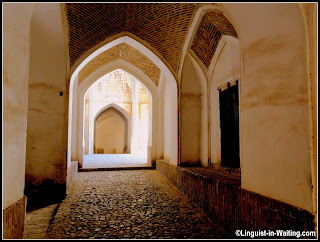 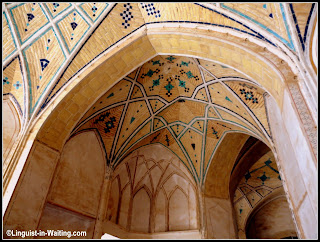 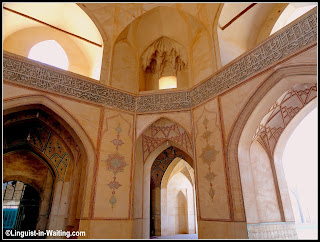 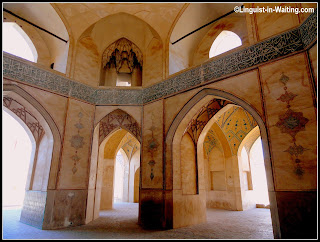 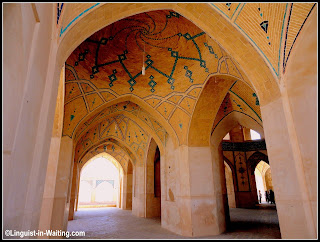 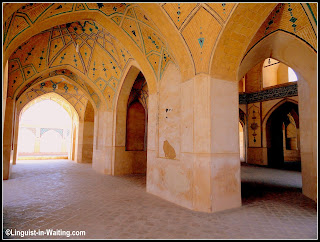 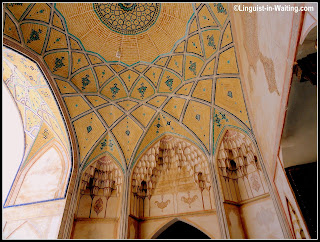 Finally, here are a few more photos depicting details of Iranian architecture. The buildings here are definitely a feast for the eyes. This is driven primarily by Islam, as in Islam, it is forbidden to depict living things, so instead of devoting one's artistic talents into making statues, artists here perfected the art of geometry and symmetry, and applied it to architecture, as you can see in this case.

Kashan is also known for its traditional houses. I have visited a few of them, and they will be featured in my next posts.