Impressions and Images of Iran: The Ancient Bridges on the Zāyandé-Rūd in Isfahan

As I mentioned in my previous entry, Isfahan was my next destination within Iran. I took a bus from Kashan Bus Terminal, and three hours later, I found myself in Isfahan's Kaveh Terminal, on the north side of the city. I hailed a cab who then took me to my hotel. After finding my hotel and checking in, I then got some lunch, and after that, I figured it was a good idea to burn what I just ate, so I decided to stroll along the Zayandeh River (Zāyandé-Rūd) which was just south of where I was. This river is the largest river in central Iran, and is known for the numerous ancient bridges that cross it. It was just after summer, so the river was dry, but nevertheless, it was still interesting to see the bridges that were built during the Safavid Era. 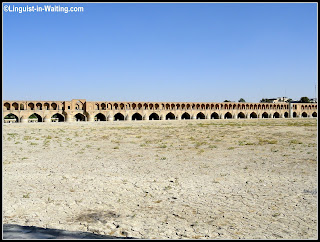 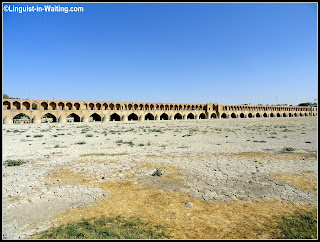 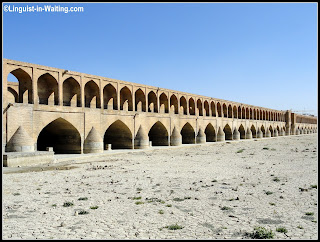 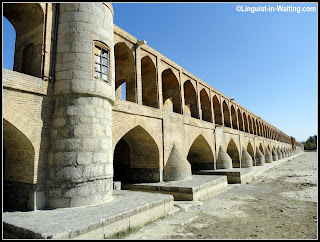 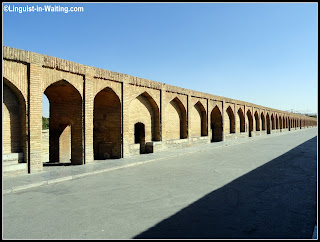 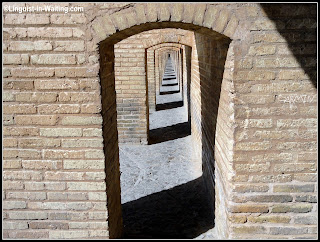 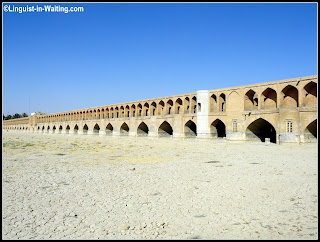 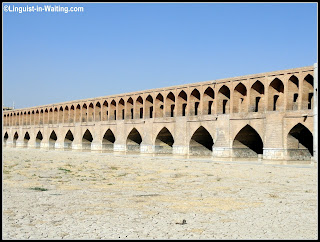 The pictures above show you the longest bridge in Isfahan, the Pol-e Si-o-seh. This bridge was built between 1599 and 1602, and is a fine example of Safavid architecture. The bridge has two levels, and since the river was dry at that time, one could also walk downstairs. 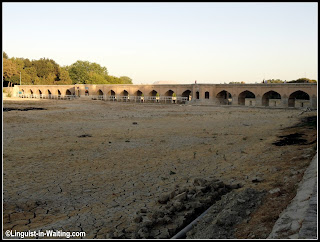 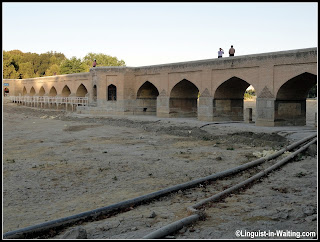 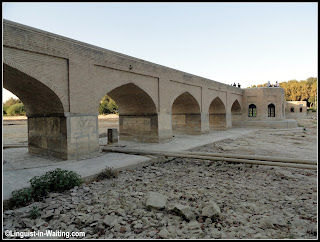 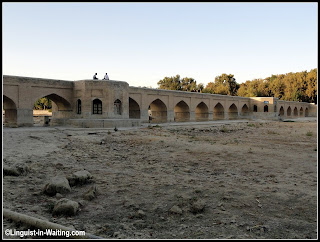 The Pol-e Choobi on the other hand, as seen from my pictures above, was built in 1665. This bridge is smaller, yet judging from the design, is still a clear example of bridges from the Safavid era. There are parlours under the bridge which are now functioning as teahouses. 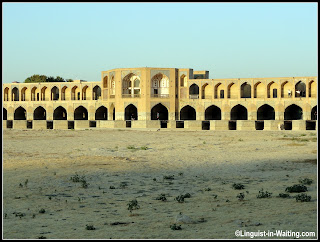 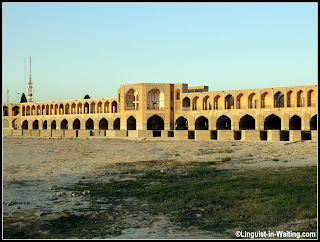 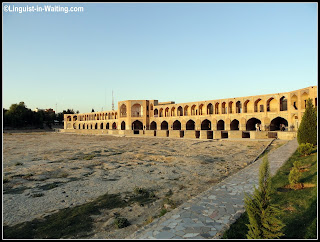 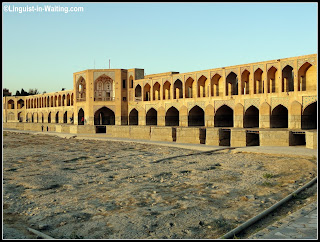 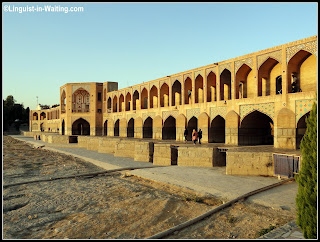 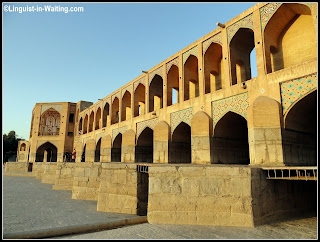 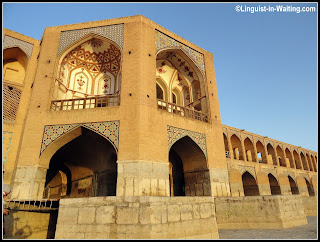 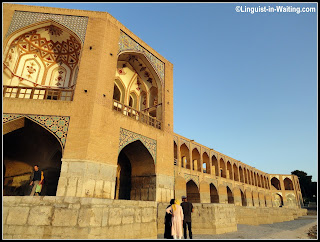 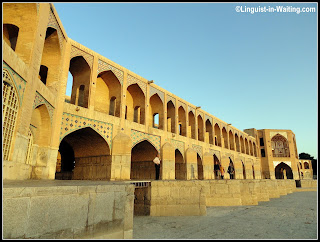 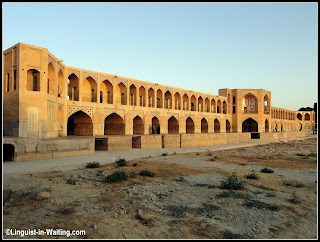 The most impressive, in my opinion, is the Pol-e Khāju, as seen above. Built in 1650, this bridge not only functions as a bridge but also as a meeting place. In fact, when I was there, there were plenty of people congregating above and underneath the bridge. There were live concerts happening, with people singing, and it was overall a happy affair. And yes, it was also a very popular place for young Isfahanis to hang out.

Sunset is the best time to see the bridges, as the slowly decreasing light makes a good photo backdrop. There's also a park on both sides of the river, with well-maintained paved paths, so a walk isn't a bad idea either.