Impressions and Images of Iran: Kakh-e Chehel Sotun in Isfahan

Isfahan used to be a capital of Persia. Hence, there were plenty of palaces and other royal structures that were built here. One such example is the Chehel Sotun Palace, or the Palace of Forty Columns, built by Shah Abbas II. It is said that this palace was used to receive dignitaries from other kingdoms. While the location is impressive, I must say that I wasn't too impressed by it overall. 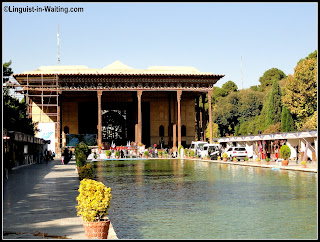 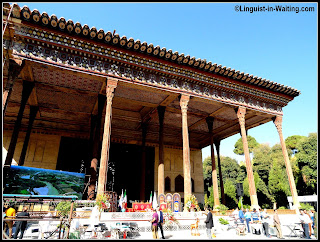 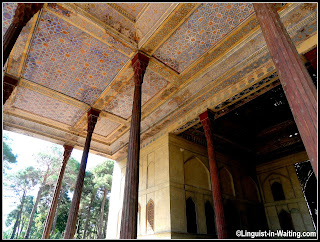 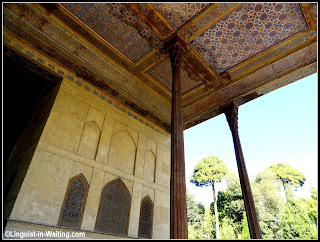 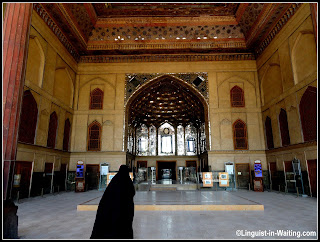 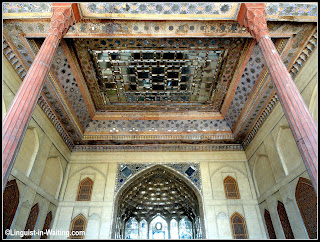 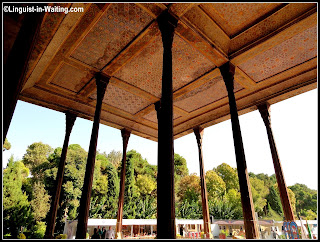 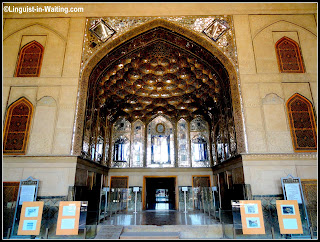 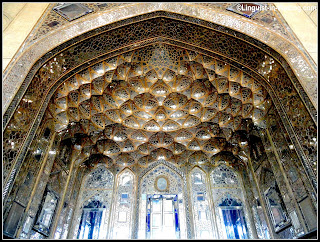 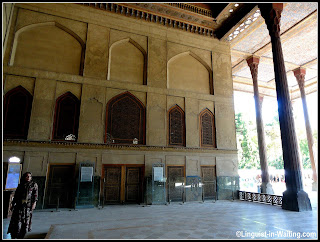 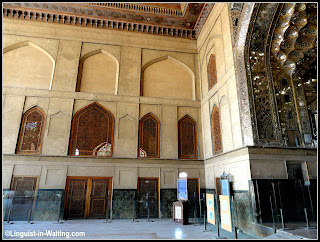 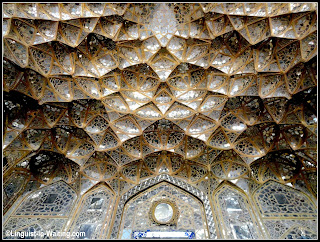 Iranian palaces seem to have slender columns, like the one you see above. This is also a feature of the other palace in Isfahan, the Ali Qapu Palace, which I would write about next. However, I must say that compared to the mosques that I have seen, the palaces aren't as breath-taking. In the pictures you see above, you see these slender columns supporting a very tall ceiling overlooking the pool. There are twenty columns in all, and they say that the palace is called Palace of Forty Columns due to the illusion one gets when viewing the palace in front of the pool, when the columns reflect. 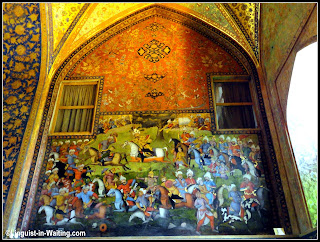 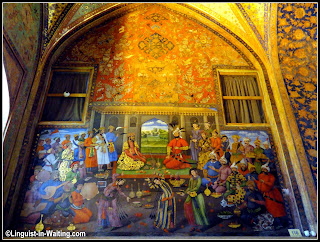 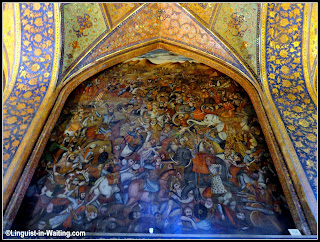 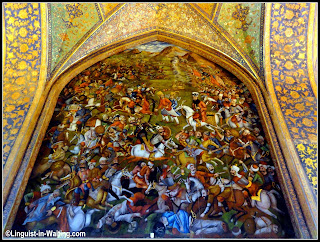 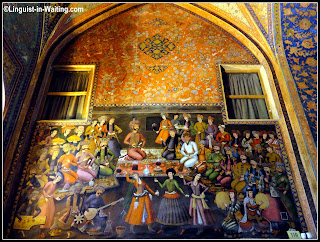 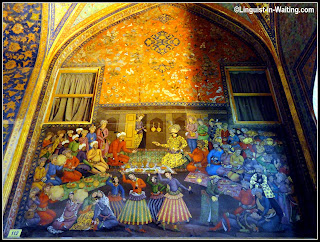 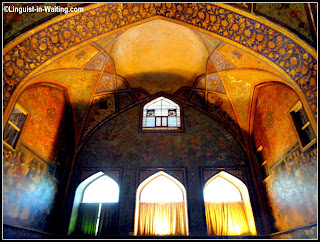 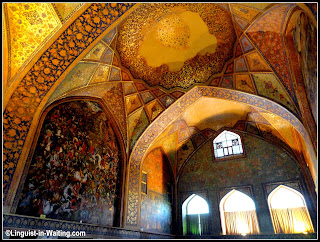 What I find more interesting are the frescoes contained in the Throne Hall. There are large paintings depicting historical scenes, such as the visit of the Indian prince Homayun. It is amazing that these paintings survived the Afghan invasion, who destroyed plenty of things they could put their hands on. 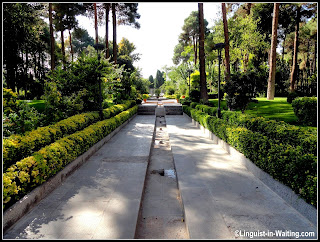 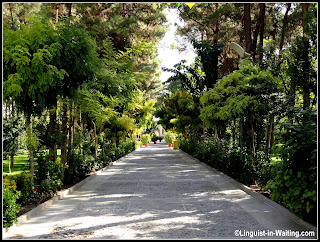 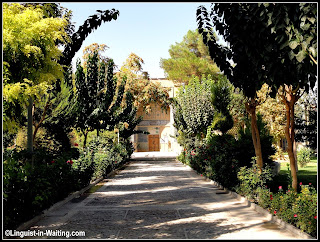 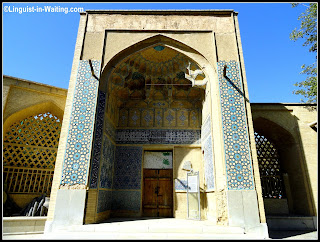 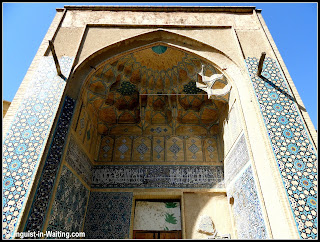 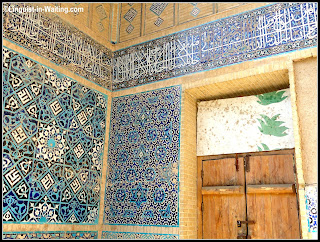 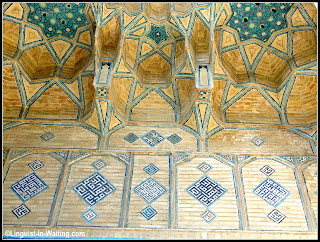 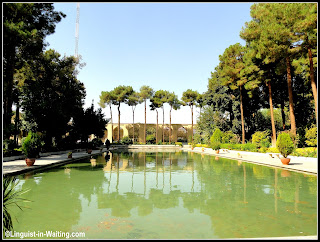 There is an attached garden, which apparently is listed in the UNESCO World Heritage Site, as an example of the fine Persian gardens. Persian gardens are a subdued affair, which focuses more on the tranquility and serenity of its layout. There is always a long pool with walkways on the side, and there is emphasis on form over design. I have to say that I didn't find Persian gardens as attractive as other gardens I have seen before, but then again, it is nevertheless a great piece of cultural heritage.