Isfahan has an interesting neighborhood south of the river. This is the neighborhood of New Julfa, which is one of the oldest Armenian quarters in the world. See, back in 1606, Shah Abbas I decided to more or less kidnap a whole village's worth of Armenians, moving them from the city of Julfa (now in modern Azerbaijan) to Isfahan. These Armenians were assigned to live in the neighborhood of New Julfa, and based on historical records, Shah Abbas I decided to move them to benefit from the trade and artisan skills the Armenians possessed. This was the neighborhood which I visited once, when I decided to walk south from the city center to see what Armenians have been up to. Primarily, my destination was the Kelisā-ye Āmenāperkič, also known as the Holy Savior Cathedral (Vank Cathedral). 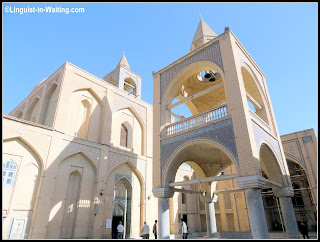 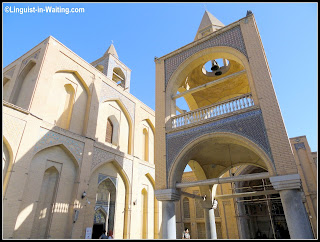 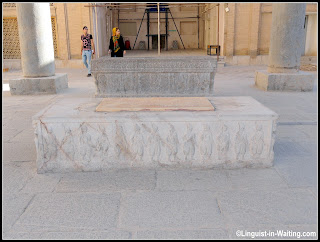 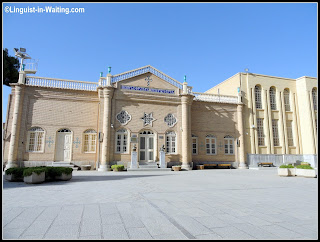 Unlike the other churches that I have seen when I visited Armenia in 2013, this church isn't dark nor gloomy when seen from the outside. It is affiliated with the Armenian Apostolic Church, and yes, it functions like any other church, which means that there are plenty of pictures inside depicting the human form. It was definitely quite a change given that all the other religious buildings I have seen in Iran (namely, mosques) do not have these depictions, as the Muslim faith prohibits it. 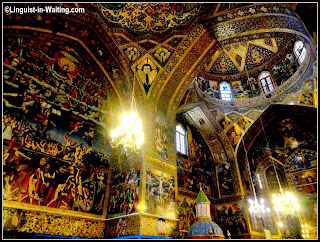 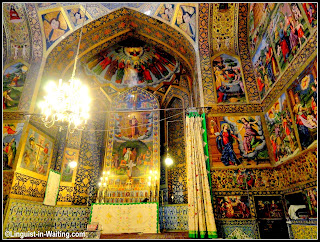 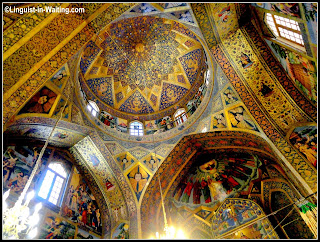 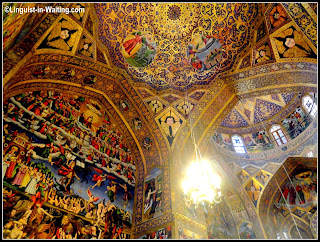 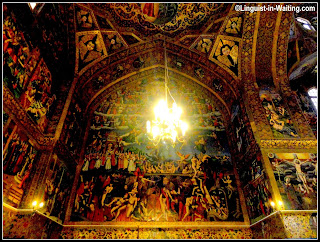 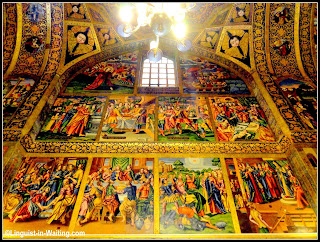 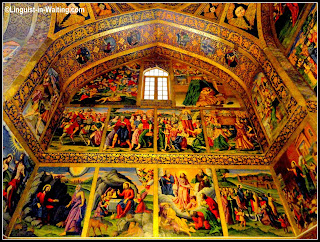 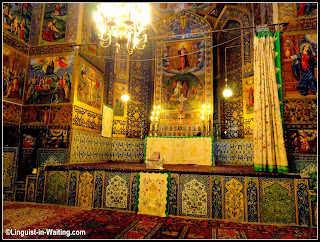 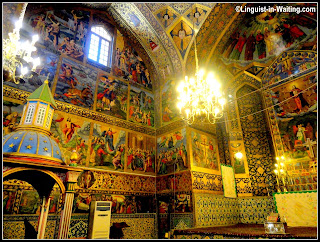 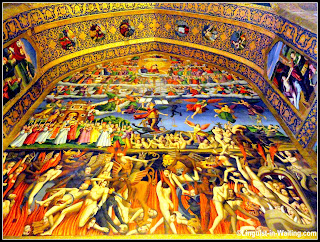 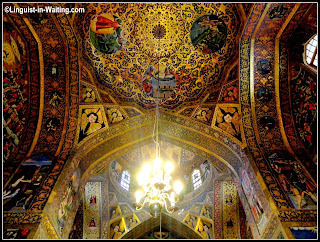 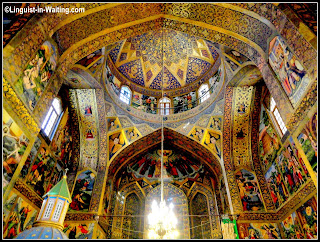 As you can see from my photos above, there is a huge contrast between the relatively sunny yet stark exterior, and the dark yet visually overpowering interior. My visit happened to coincide with a huge French tour group, so I had to be tricky when taking interior photos; it was quite difficult to take photos without including the other people.

I must say the frescoes are just very intense, and tells several Biblical stories. I spent quite a few minutes staring at them, trying to comprehend what I was seeing.

There is a library and museum that is included in the same site. The museum shows several documents dating from the time of Shah Abbas regarding the Armenian transfer, as well as the history of the Armenian genocide which happened in 1915.

So yes, if you're in Isfahan, I suggest taking the time to visit this place. It's a little far from the main sights in the city, but it is definitely worth it. It added another dimension to my trip, which I definitely appreciated.