Impressions and Images of Iran: Masjed-e Sheikh Lotfollah in Isfahan

Oh, the Sheikh Lotfollah Mosque. This place, perhaps, is one of the most beautiful things I have seen in my entire life. It is simply sublime, serene, and definitely an experience to behold. If you find yourself in Isfahan, whatever you do, do not miss this place.

So I went here, in the late afternoon, about an hour and a half before it was about to close. I bought a ticket, and entered. I was not prepared for what I was going to see. As my guidebook says, this mosque is a study in harmonious understatement. 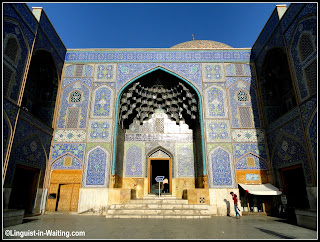 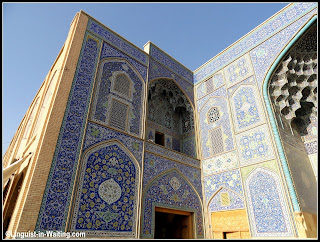 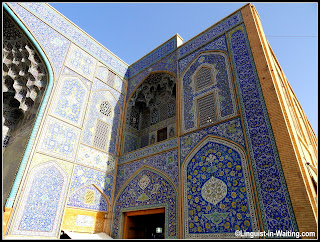 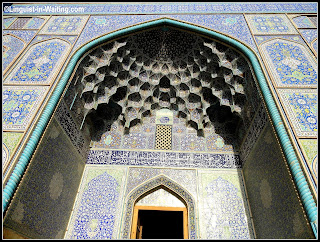 You enter through this azure door, at the east of the Naqsh-e Jahan Square. This mosque was not intended for the public (that's the Masjed-e Shah on the south side of the square), and therefore it is smaller, and does not have a minaret. Constructed in 1603, Shah Abbas wanted this mosque for himself and only for his harem, and it was only centuries later when the mosque was opened to the public that the wonderful interior was revealed. 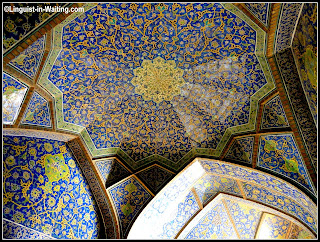 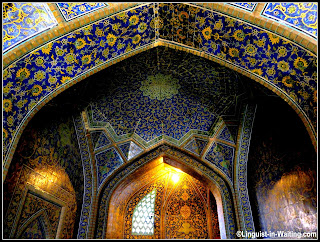 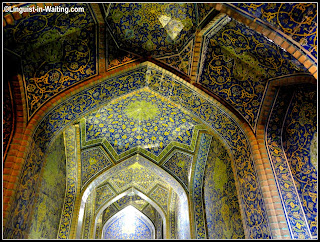 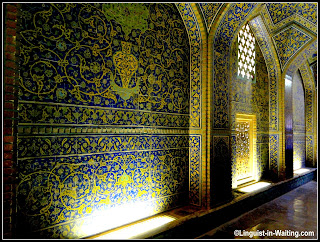 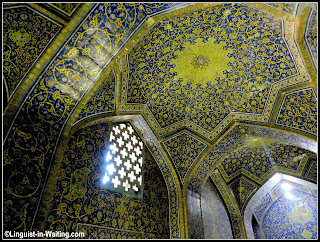 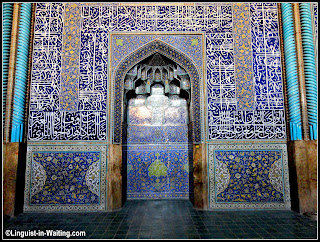 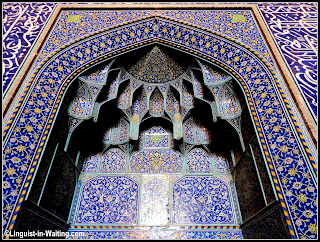 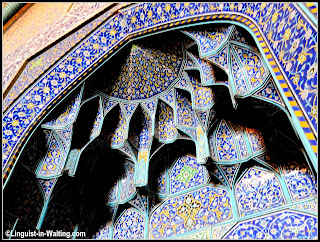 There is a twisting hallway that leads from the entrance door all the way to the mosque. It is an interesting feature, since it actually reduces the lighting, dimming it from the bright square to the relatively subdued and dark interior. The photos I have above were taken in this hallway, leading up to the wall (qibla) containing the mihrab, or the slight wall depression which indicates the direction to Mecca. 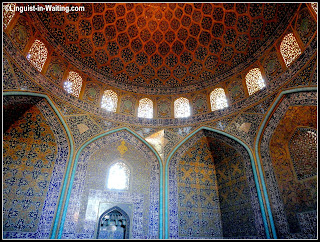 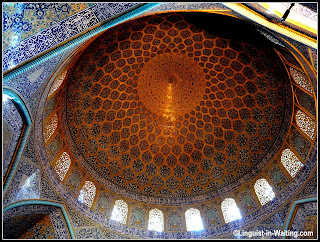 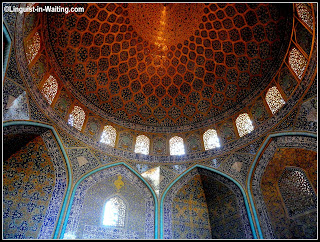 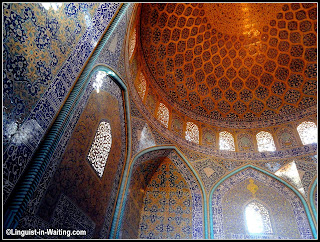 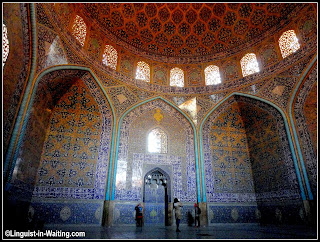 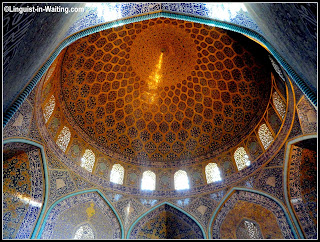 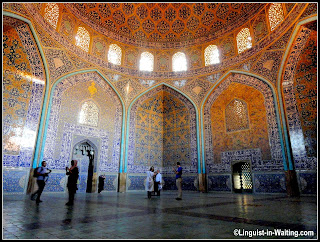 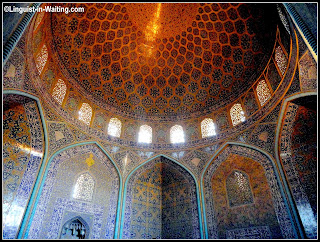 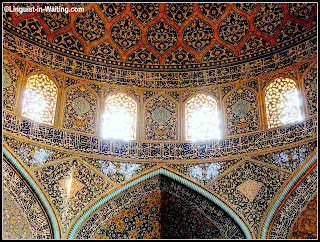 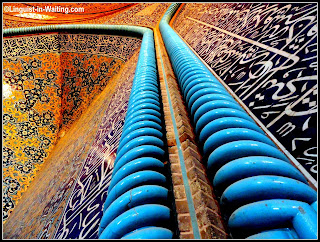 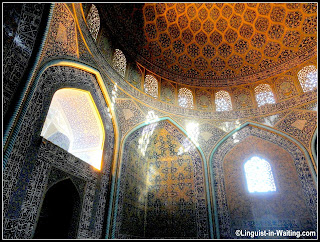 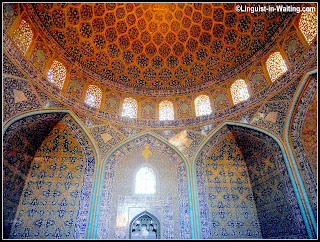 Ah, the dome. The complex mosaics. The extraordinarily beautiful ceiling. These were just features that were breath-taking. I couldn't help but take a moment and sit down at the corner, in order to try to take it all in. It is rare for me to get struck by beauty, and I must say this was one of those occasions.

I sat there, until an attendant told me it was time to go, as it was closing time.