In every Muslim town, there will be a main mosque. There might be other mosques in town, but the main mosque is the Jama Masjid, or the congregational mosque. The word "jama" apparently means assembly in Arabic, and of course Farsi has borrowed plenty of Arabic terms when it comes to religion. So in several cities I have been to, I have visited their main mosques, and yes, most of them are known simply as the Masjid-e-Jāmeh. This entry shows how Isfahan's main mosque looks like. 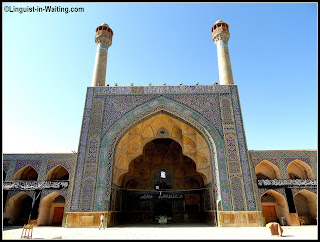 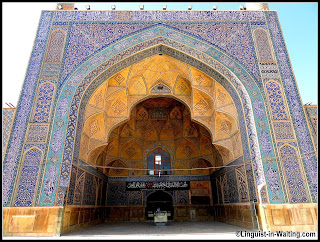 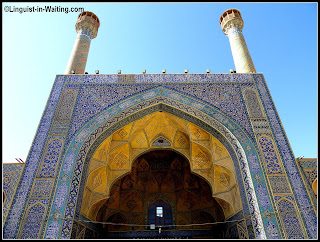 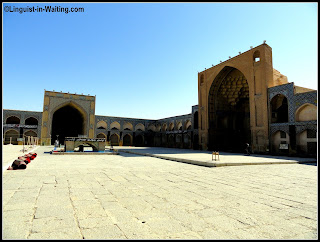 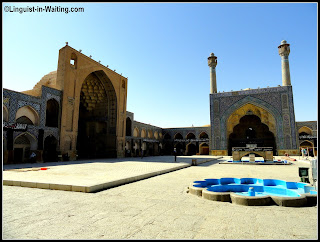 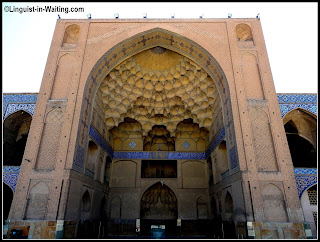 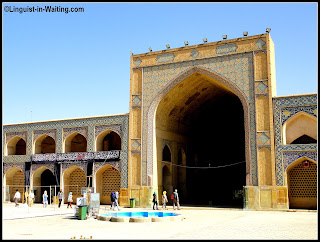 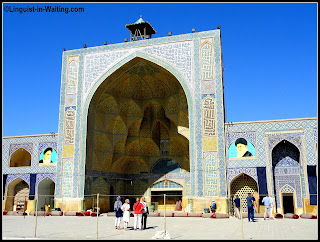 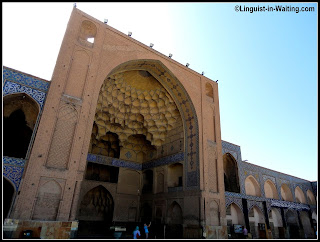 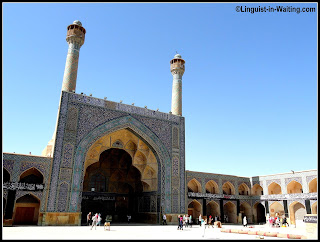 By the way, sometimes foreigners mistakenly call these main mosques as "Friday Mosques". However, that is not the correct translation apparently. It just happens that Friday is the primary day of worship in Islam.

Anyway, as you can see in the pictures above, the iwan is a prominent feature here. An iwan is an architectural feature consisting of a space, where three sides are walled and vaulted, and one side is completely open. You can see four iwans facing each other, and surrounding a courtyard, here in the mosque. This mosque was built in 771 and has been continuously constructed and reconstructed through time. It is one of the oldest mosques that are still standing in Iran, and it was also included in the UNESCO World Heritage Site list from 2012. 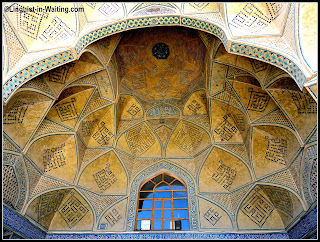 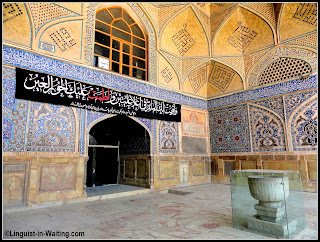 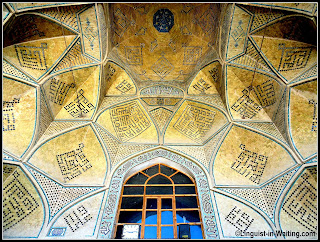 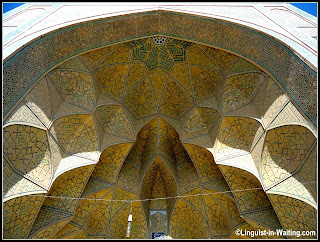 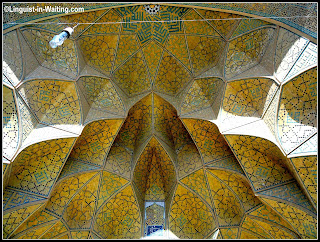 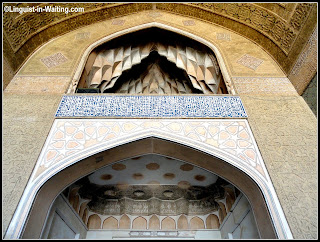 In the above pictures you see details of the ceiling of these iwans: Persian architecture makes use of the muqarnas, which is an ornamental way of designing roofs and ceilings. They look like honeycombs, as they divide the space into smaller and smaller areas. You have already seen examples of these in my pictures from Kashan. 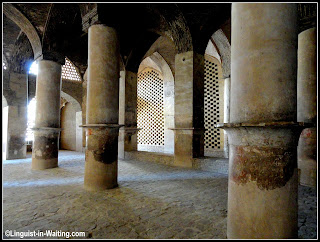 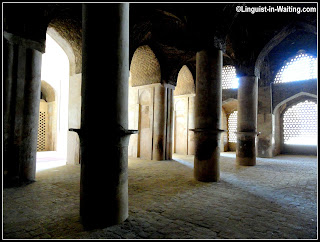 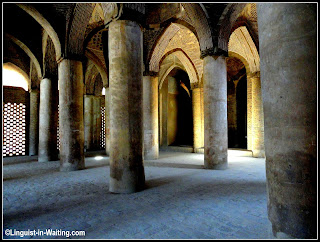 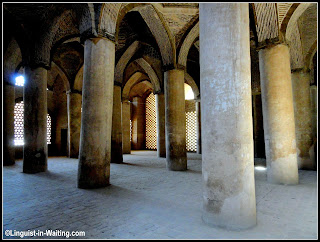 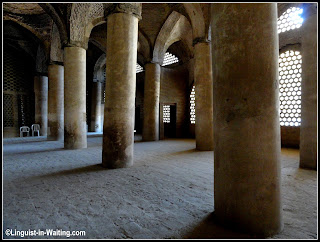 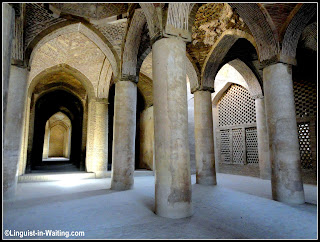 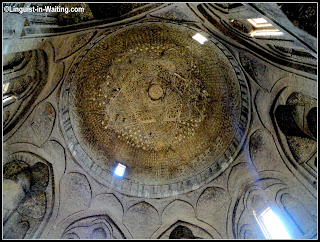 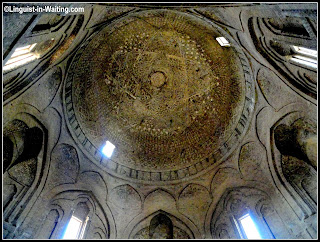 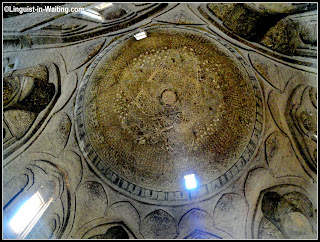 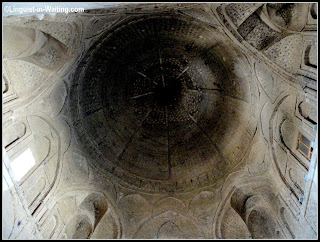 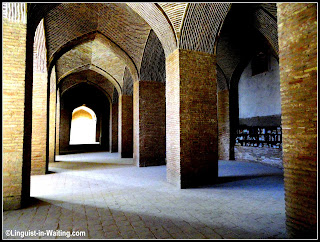 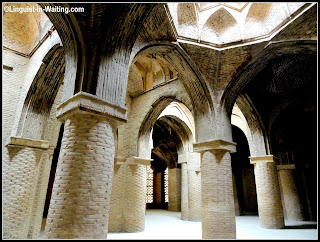 Finally, I have some pictures of the interior. This area is on the north side. The iwan dates from the Seljuk era, and the prayer hall is full of pillars that are hiding the Taj al-Molk Dome. This dome is small, but is said to be mathematically perfect, and is considered to be the finest brick dome in the land. It has also survived several earthquakes.

So yes, this was a beautiful place. That being said, I must say that this mosque isn't the prettiest mosque I have seen in Isfahan. For that you just have to wait a little bit, as it will appear in a future entry.