Impressions and Images of Iran: Masjid-e-Jāmeh in Yazd

The Congregational Mosque in Yazd is a spectacular scene. My hostel was just a stone's throw from this building and every time I would go home, I would stare at this building in awe. Built in the 12th century, this mosque has the tallest minaret in the country. 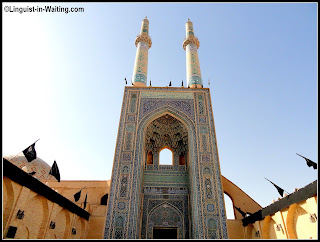 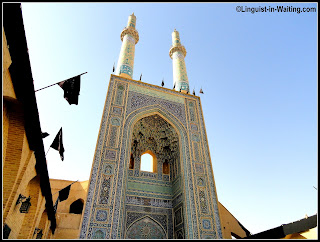 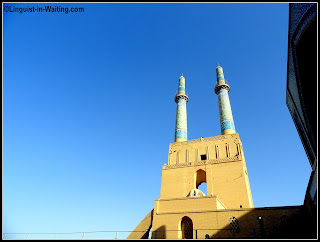 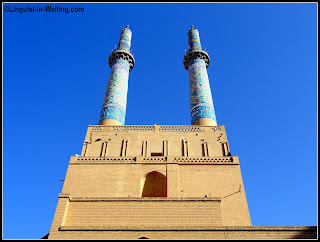 The mosque is quite imposing, and more so when in the evening, these minarets would be lit with green light, acting as a beacon for people, as it is after all a very prominent landmark. The mosque was largely rebuilt in the following centuries, and is used until today. 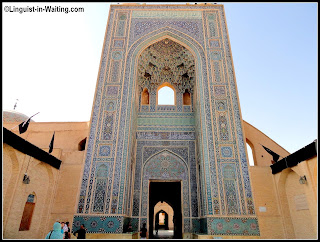 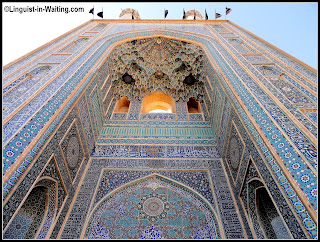 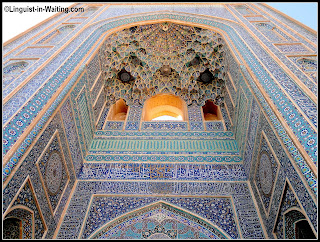 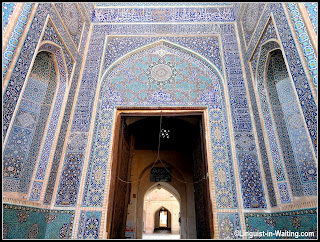 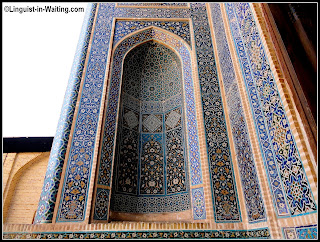 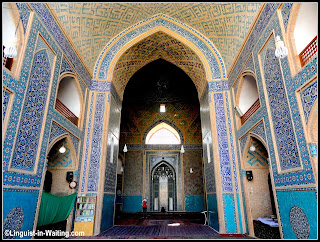 The tilework of the grand iwan, as shown by my photos above, are particularly impressive. Scholars say that this building is a fine representative of Azeri-style Persian architecture. I am not a big architecture geek, so I won't be able to identify that, but nevertheless I find it breath-taking, that I simply plopped down a corner for a few minutes in order to take it all in. 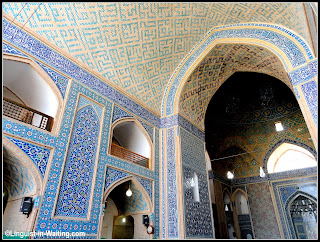 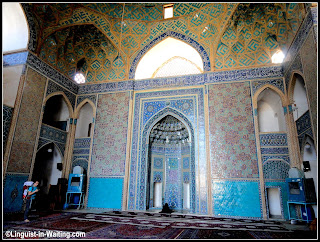 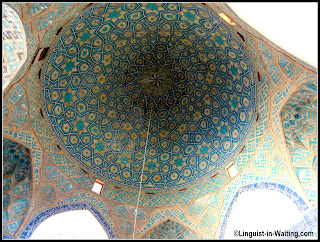 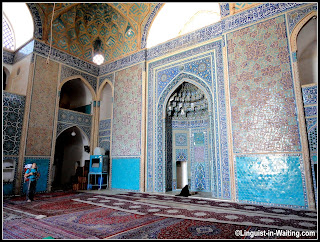 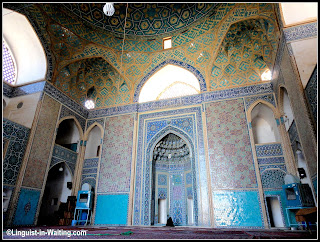 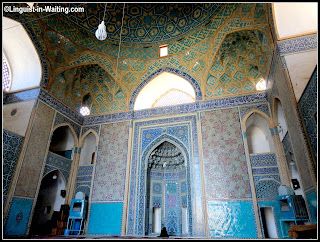 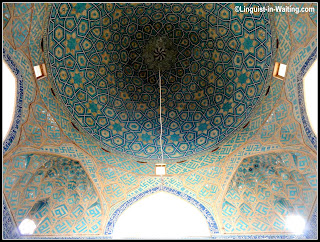 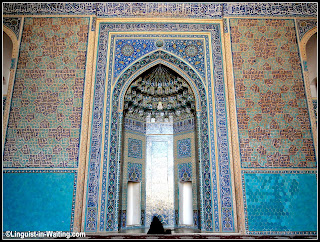 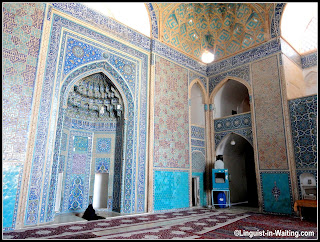 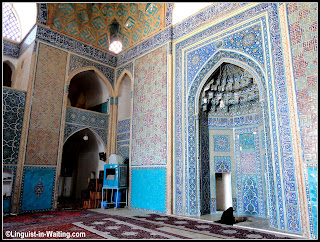 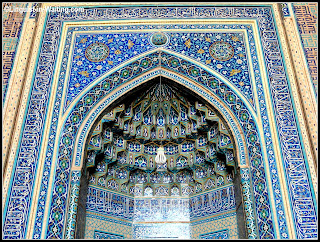 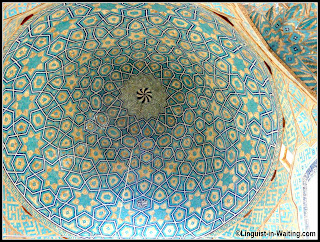 The remaining pictures I have here are of the interior prayer room. You can see this woman wearing a chador, who was sitting in front of the mihrab, praying for the whole time I was there. There weren't many visitors when I was there, but I thought that was actually a plus, as it is a building that was appreciated better in peace and quiet, methinks.