Impressions and Images of Iran: Masjed-e Jameh in Kerman

I have lost count of how many congregational mosques I have been to while I was in Iran. Every such mosque was called a "masjid-e jameh" and every one of these mosques had an architectural feature that was always captivating. So one day, I took a shared taxi in Kerman, so that I could go visit the congregational mosque of the city. 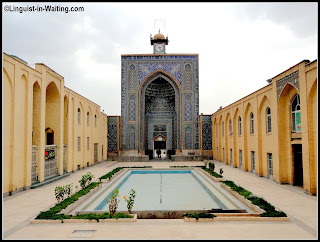 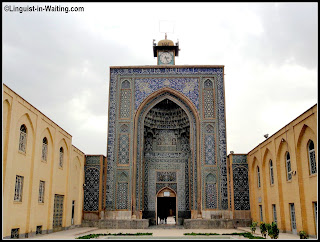 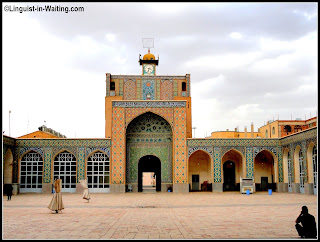 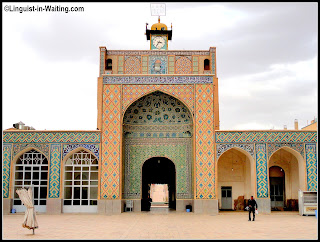 The pictures above show you the entrance iwan which greets visitors. There isn't a minaret in this mosque, which makes it unusual. Instead of a minaret, you can find a clock. 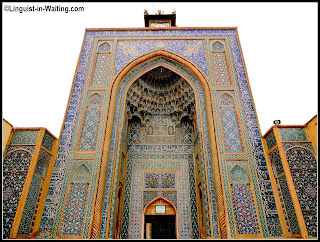 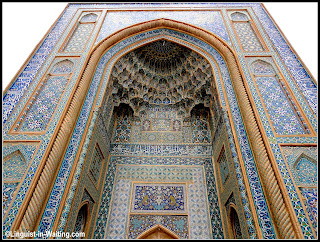 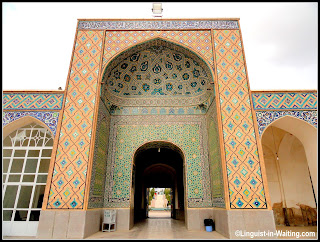 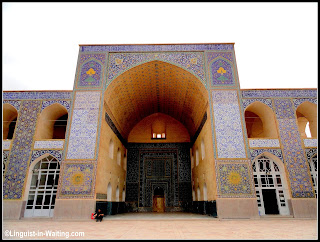 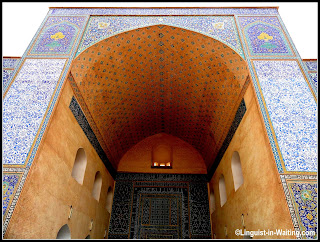 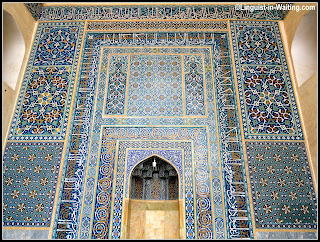 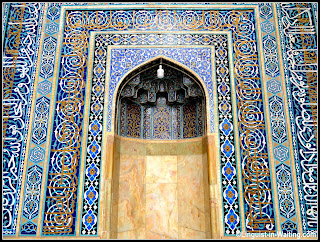 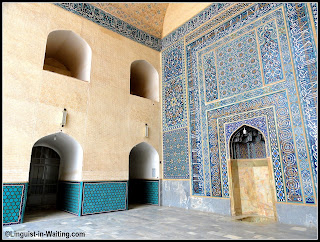 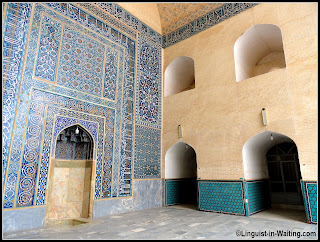 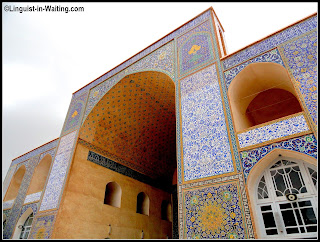 The blue tiles are said to be from 1349, though I was also told that there were plenty of renovations and modernizations that happened later from the Safavid Era onward. It was a relatively quiet mosque, not as visually captivating unlike the mosques I have seen in Isfahan, but nevertheless a handsome and majestic one for a city like Kerman. As always, there were a few other locals visiting the mosque, who was happy to show me around, pointing interesting things in the building.