A Weekend in Poznań

In November last year, my husband and I took the train from Berlin and spent a weekend in Poznań. Somehow, we wanted to get away from the city really quick, and so we bought cheap train tickets to Poland. We left Berlin on a Friday afternoon, after work, and three hours later, we were in Poznań. We had an apartment for two nights, and our plan was to explore the city. Unfortunately, the weather was slightly rainy, and compared to our weekend in Vilnius which we visited during a similar time of the year the year before, I took fewer photos. So I'll just condense everything in this single post.

Poznań is three hours away from Berlin, and is the first major city you would hit when you're entering Poland from the west by train. We opted to walk the distance from the very modern train station to our apartment, and since it was already evening, we didn't do anything else, except to find dinner. We stumbled upon a nice restaurant in the Old Town, Wiejskie Jadło. Polish cuisine is heavy on the meat, but this place doesn't overwhelm you.

The next day, we checked out and explored the fascinating Old Town. After having breakfast in Lavenda, we walked up and down the streets of the Old Town. It was a fascinating place, with tall and narrow colorful buildings, which now house shops and museums. 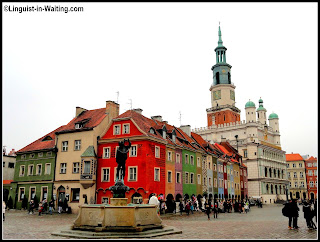 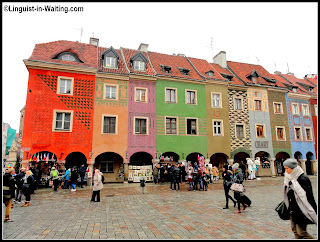 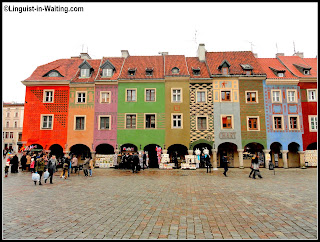 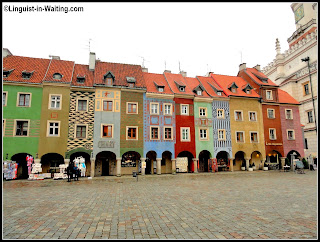 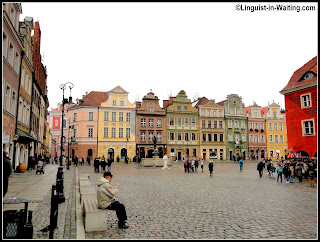 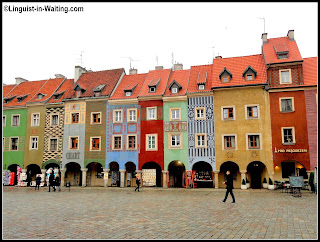 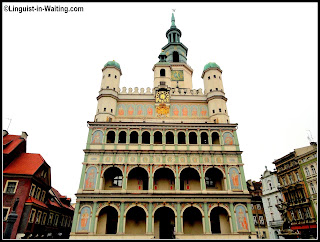 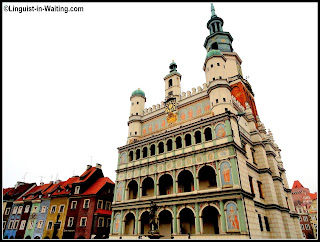 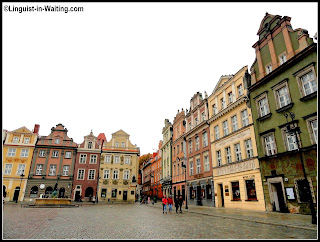 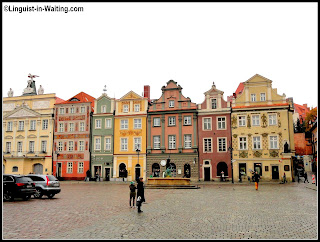 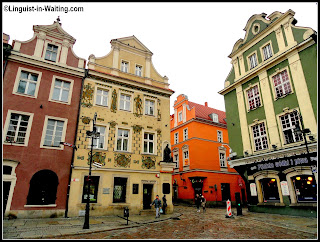 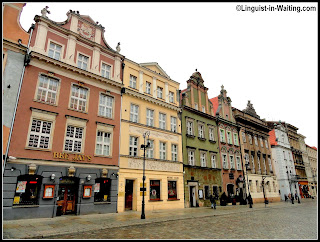 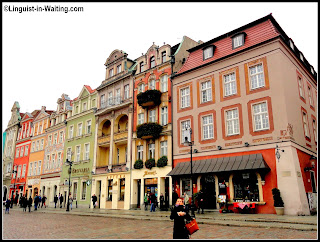 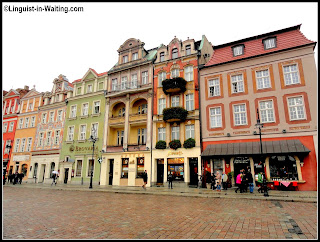 As you can see in the photos above, it is very Gothic. The rain came and went, and so during the times when it was raining, we just opted to dunk into a museum, while the rain clouds floated by. 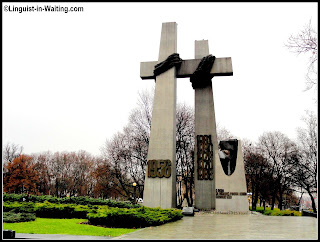 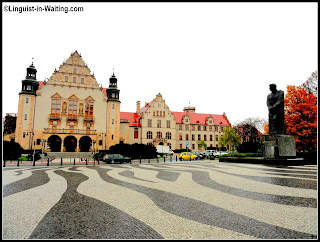 We also explored the areas west of the Old Town, but frankly speaking, most of the interesting things to see were in or near the Old Town, so we went back after a few hours. Though we did check out a cultural center with its exhibits. And that night, we had dinner in a Jewish-Polish restaurant, where again, my stereotype of Jewish food being rather dense and heavy was yet again confirmed.

The next day was a Sunday, and had better weather. We checked out of our apartment, and went to Weranda Caffe for breakfast. This was a place that was oozing in hipsterness: the old fashioned and handmade designs, the hanging cut-out birds, the flower vases, the antique doors that are repurposed to be wall dividers, everything screams hipster here. I am not hipster, but sometimes I don't mind going to places like these. After all, sometimes it gives me a Disney-esque hipster experience, and I get to be an amateur anthropologist. Our breakfasts were so hipster too! The salads were set inside small fish bowls. It's like I had to fish out my arugula. There was so much vegetable greens on my breakfast, I actually felt I was turning green just by eating them.

After breakfast, we went to Ostrów Tumski, which is an island formed when the river divides into two. This is a very small island in the middle of the city, and contains a very old part of town. Poznań was actually founded here. 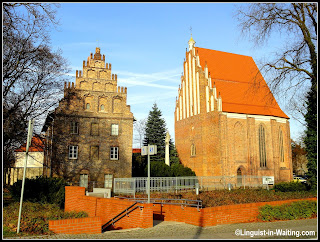 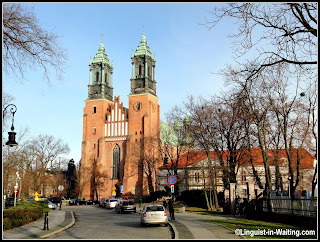 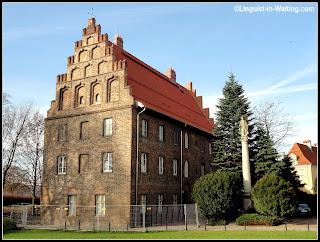 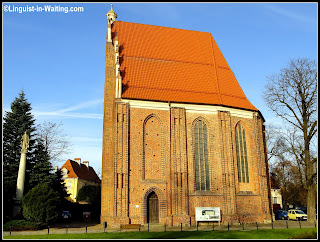 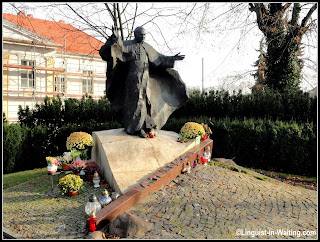 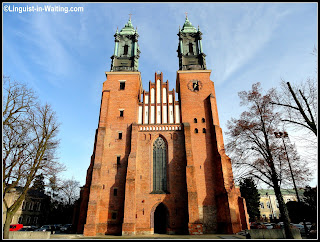 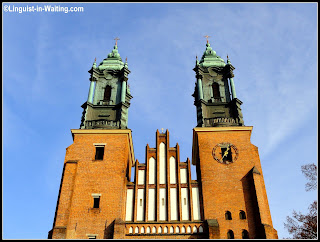 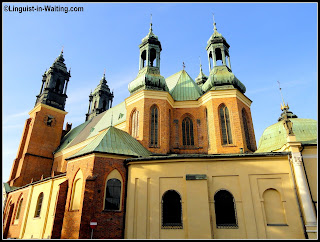 The pictures above show you the island. There are several religious buildings here, including Poznań Cathedral. Funny enough, the island is included in the Nowe Miasto (New Town) District, even though there are parts of it that are definitely older than the Old Town District. 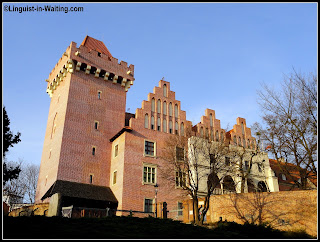 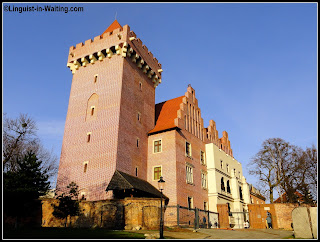 Then we returned back to the Old Town, this time to explore the Castle. It is a minor sight west of the Old Town, which houses a small museum. However, you can climb the tower in order to see views of the city. 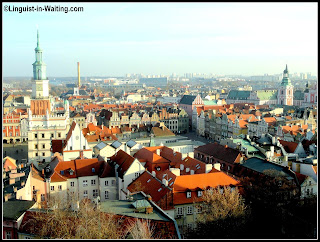 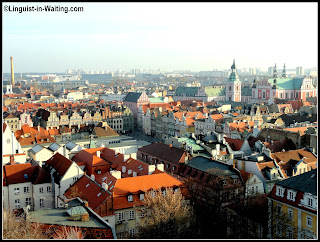 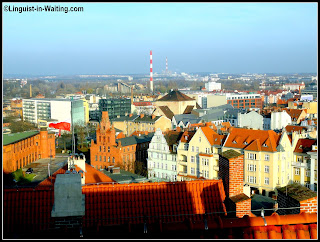 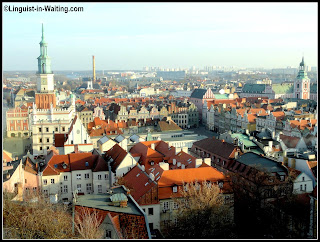 After climbing down, we found lunch in a low-key restaurant, where I must say I had the best pierogis I have had in my whole life. They were filled with goose liver, and was topped with lingonberries. That was amazing I must say.

After lunch, we headed down to the train station, and caught our train back to Berlin.