Frolicking in Flanders: The Jeruzalemkerk in Bruges

Bruges is an old city. It is old enough to have a church built in the 15th century, such as the Jerusalem Church, built by Anselm Adornes and his family. The Adornes family is a merchant family, and Anselm was also a Crusader, going to the Holy Land in 1470. The church was built upon his return, and supposedly was modeled after the Church of the Holy Sepulchre in Jerusalem.

The Jerusalem Church is a dark two-story affair, but I suppose that's where the similarity ends. The Church of the Holy Sepulchre in Jerusalem was dark and multi-storied as well, but it was way larger, and perhaps more popular as a pilgrimage site. This church on the other hand is rather small, and given its location in Bruges, is currently not too often visited. 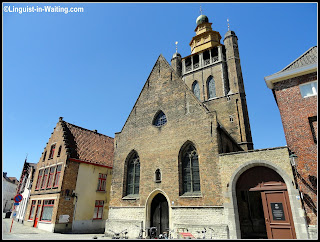 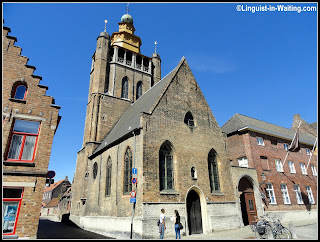 The two shots I have above show you the outside of the church. It's actually in a nice quaint neighborhood. 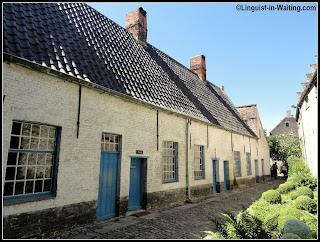 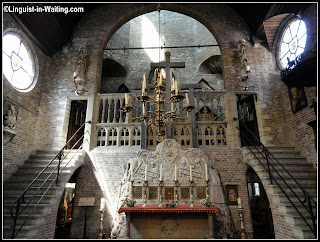 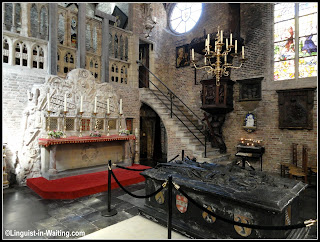 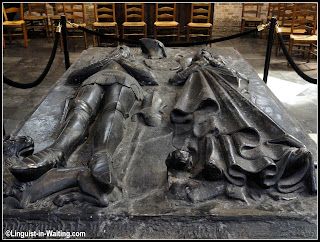 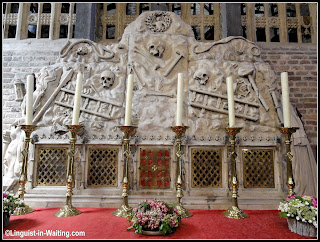 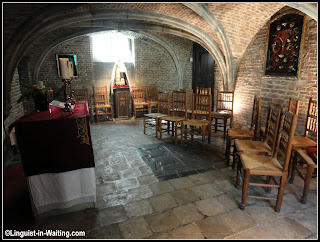 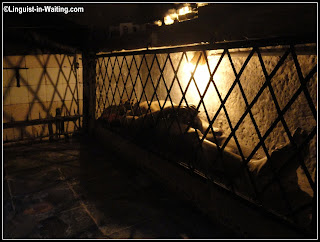 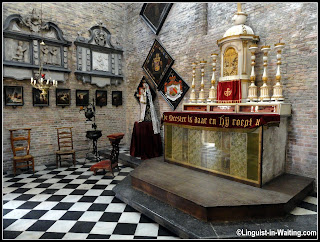 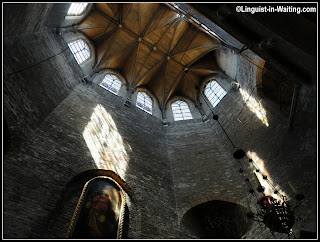 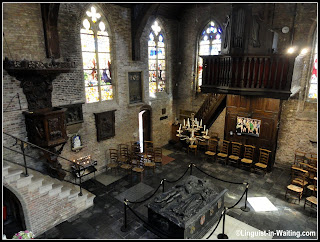 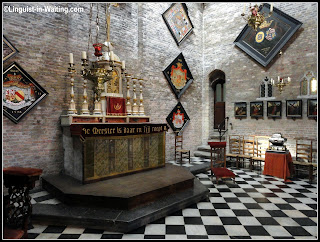 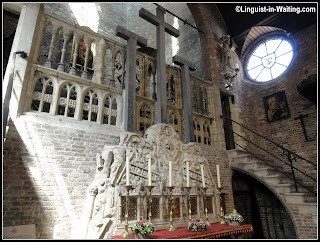 The interior is something else. It's a small church, but perhaps it is also rather more macabre than you would expect. There are gruesome sculptures inside, and there's even a small half-room (you have to squat down in order to enter) where an effigy of Jesus' dead body lies in a horizontal state. Quite weird.

Sometimes, I visit places like these to confirm that religion is a senseless affair. I find it quite fascinating that a cult centered on some guy's dead body ballooned to something that a majority of the human population actually take as truth. Anyway, I suppose humans are creative beings, so they can craft highly sophisticated belief systems like these, and through these belief systems, creative architectural monuments get built, though sometimes, they are rather dark and scary.