After Bruges, I took the train to go to Antwerp. This was the first time for me to visit this city, as after all, I have been trying to go to new areas of countries I have previously visited. So after 2 nights in Bruges, it was time to move and head east.

Antwerp I must say is not a photogenic city. But it is a city to experience. There were plenty of times in which I was perfectly comfortable just strolling around and discovering its different neighborhoods. I have indeed taken photos, but I'll be showing them later when I focus more on the individual things I have checked out. But if you want photos of the cityscape, I don't have anything. 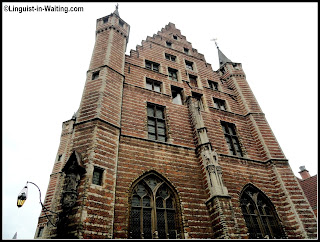 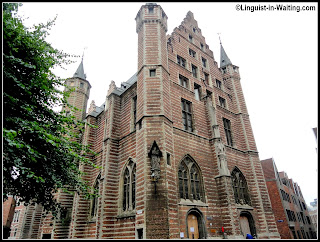 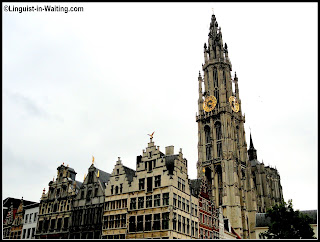 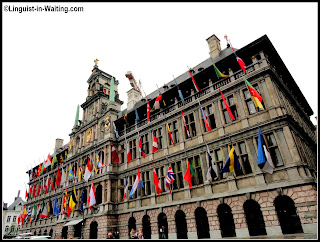 Here are just some shots of the Vleeshuis, as well as some buildings from the Grote Markt. I walked and explored plenty of neighborhoods of Antwerp, but I rarely took photos. Most of the photos I have taken are from the museums that I have visited, and those I will show you later.

That said, I loved exploring Antwerp's energetic neighborhoods. Every neighborhood just felt so different. There is an area full of Orthodox Jews, another area for Muslim immigrants, another for Indians, and yet another for another ethnic group. Berlin might be a very multicultural city, but I had the impression that the multicultural level of Antwerp actually is more visible and in-your-face, if not higher in proportion to Berlin. I wonder if there are any ethnic or cultural tensions that happen in the city.

In any case, this multicultural experience was quite reflected in the variety of food I have eaten, while I was in Antwerp. I made a point to visit a different ethnic restaurant in each of my meals, and as my previous post shows, I think I was rather successful in that. I am not sure if I will be back to Antwerp any time in the near future, but I would be curious to see how the city and its residents change over time.