As I mentioned in my previous post, I had a meal in Belgium that was worth a post of its own. This was my dinner on Tuesday night, and that is because it was more than just a meal. It was an experience. It was because I booked myself a dinner reservation at a Michelin-starred restaurant.

This wasn't the first time I had dined in a Michelin-starred restaurant. In fact, when we were in Caen back in 2016, my spouse and I opted to make a reservation for dinner in one. But this was the first time I made a reservation on my own. So on a Tuesday night, I headed to Sans Cravate, armed with a book, and looking forward to a culinary experience. 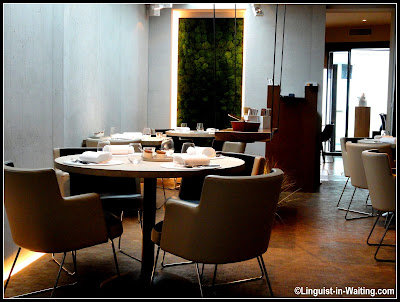 I was the first one to arrive in the restaurant. The restaurant has an interesting setup: it is more or less a restaurant within a restaurant. So when I arrived, they asked if my reservation was for the bistro or for Sans Cravate, and if it is for the latter, then you are lead into this inner room, passing through the dining room of the bistro. Later on I would learn that the corridor would shut providing privacy to the diners inside the interior restaurant.

The dining area sits a total of about 20 people, but for that evening, they only had 9 guests. It is an odd number, because I was dining alone. 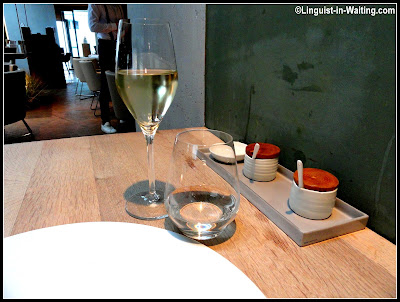 I started with an aperitif, ordering a German Sekt. That said, if I remember correctly, what is pictured here is my white wine, which was paired to the first half of the seven-course meal I ordered. 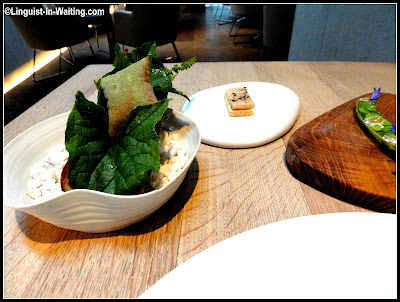 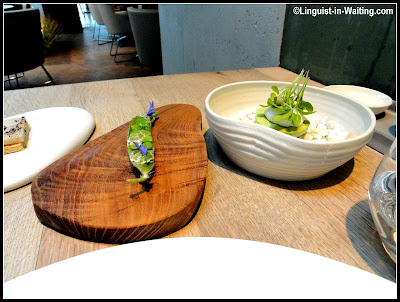 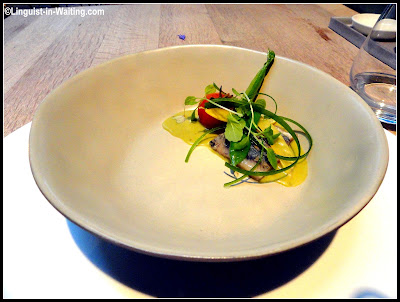 Before I even ordered, the restaurant already provided the amuse-bouche. They gave not one, but five types of appetizers! These were very small bite-sized items, showcasing the variety of offerings the chef can provide. These small goodies were very fascinating, and a taste bomb. I personally liked the bone marrow cracker, as well as the spinach and basil meringue. 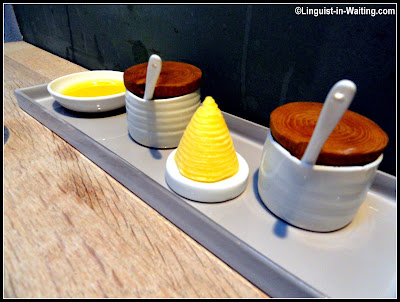 They also provided the condiments, which were quite an eye-catcher. 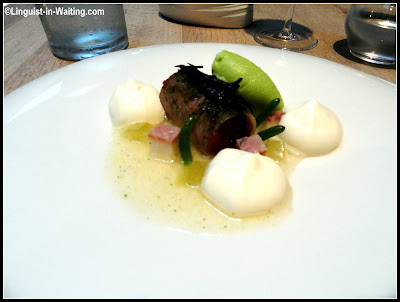 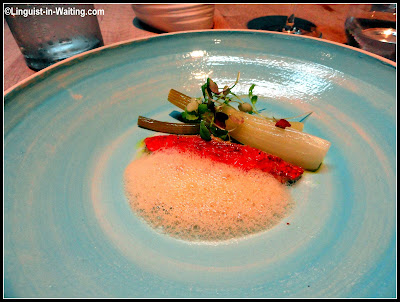 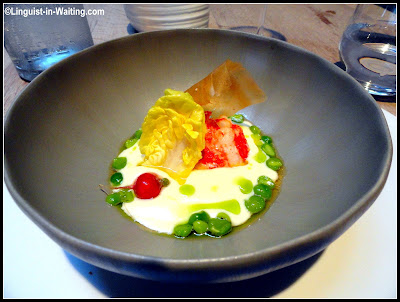 I ordered the seven-course "Henk cooks modern" tasting menu. You can opt to have just 4 courses, but I decided to go all the way to 7, though I did not take the cheese. The first course, as seen in the first of the three photos above, consists of beef tartare, cucumber, and smoked eel. In my opinion, this course was one of the most interesting, presenting the tartare in a very unconventional way. It was followed by the North Sea fish with grapefruit butter and fennel. And as a third course, I had a lobster with a mousseline of buttermilk and spring garlic. The sauce was quite impressive, it tasted rather cheesy but there was absolutely no cheese in it. 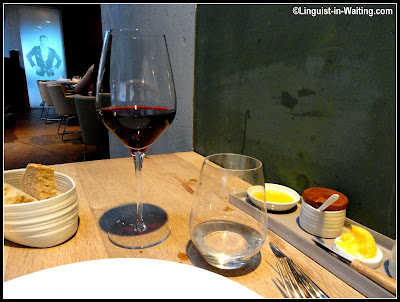 I had a second glass of wine, a red this time. It was from Portugal, and was intended to match the second half of my meal, which is more meaty in nature. I must say that the sommelier did a great job in picking my wines. 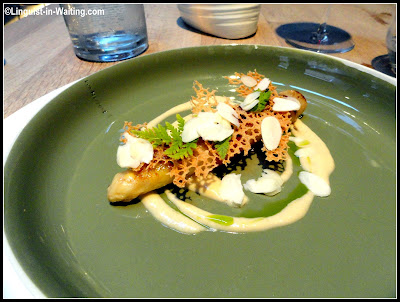 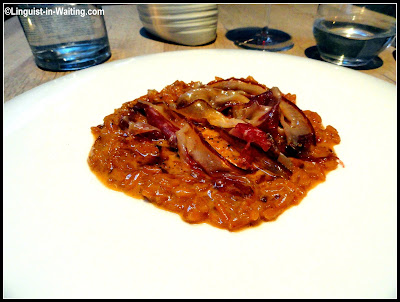 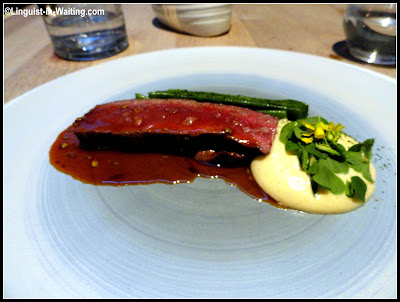 Three very interesting courses followed, beginning with the asparagus with rhubarb and almonds. I was especially impressed with the fifth course, consisting of risotto and txogitxu, which is a Basque aged beef, with a very strong special taste. The presentation isn't the most eye-catching, but it was definitely packing a lot of taste. After that, the sixth course was venison with green beans and tarragon. 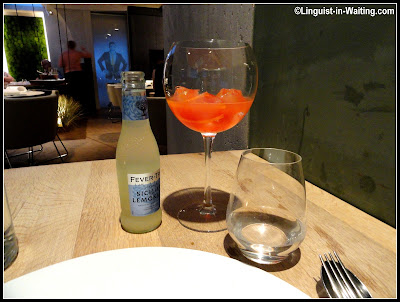 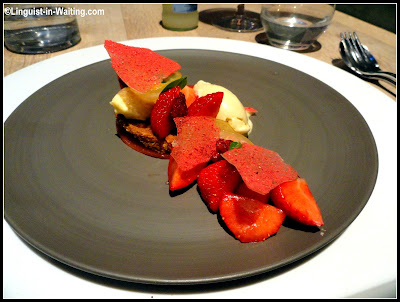 After that, the seventh course came, which was dessert. They typically serve it with a cocktail, but since I was already reaching my alcohol limit, I opted for something non-alcoholic instead. They gave me a lemonade cocktail which definitely matched the strawberry and orangeflower dessert. I never knew that strawberry and basil actually matched!

The whole dinner experience lasted 3 hours. I had a book with me, so I wasn't bored at all. The great thing about it is that I actually had interesting small conversations with the staff, and I learned a lot more about the food I was eating. I don't do this often, as it doesn't come cheap after all. Heck, I paid more for this meal than for the flight ticket from Berlin to Brussels. But I must say, it was a fun experience, and something that is definitely memorable. I would definitely consider doing this again some other time.