I love living in Berlin, it is a city that is definitely one of the world's leading cultural capitals. So when I got the chance to take a tour of the new Pierre Boulez Saal, I jumped on it. This concert hall is part of the Barenboim-Said Academy, a music school that was established by Daniel Barenboim and Edward Said, primarily recruiting musicians from the Middle East and North Africa.

The building used to be a depot for the city's opera house. Remnants of the storage areas still remain, after all, the building is protected as heritage, so there are things and areas that aren't allowed to be demolished (the graffiti sketched on the old metal doors for example still remain). 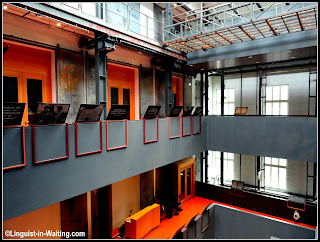 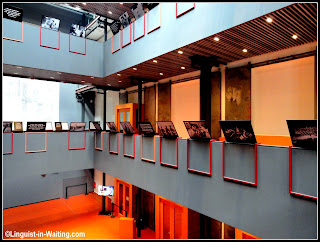 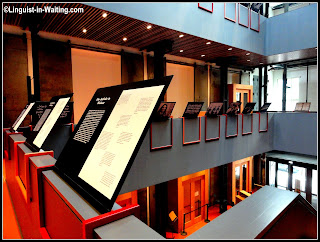 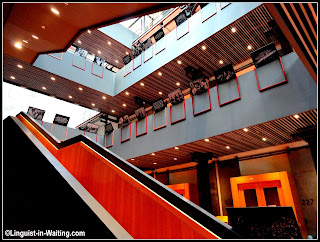 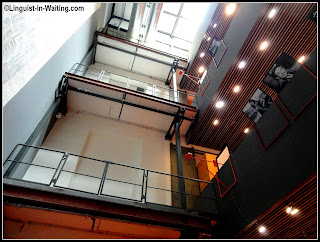 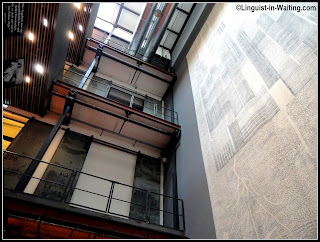 The renovation was under the supervision of Frank Gehry: I am a fan of his work, and somehow I could see him being frustrated with this building, because he couldn't implement his radical designs given the fact that the building is culturally protected. The concert hall is one of his tamer designs. 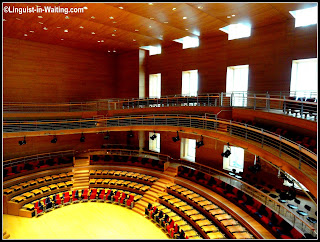 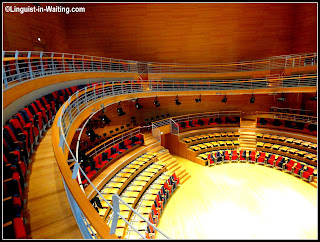 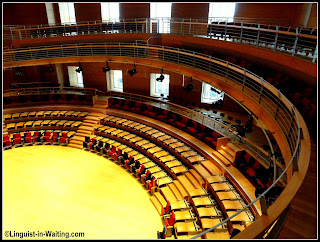 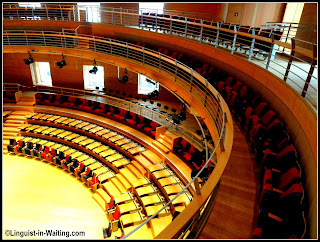 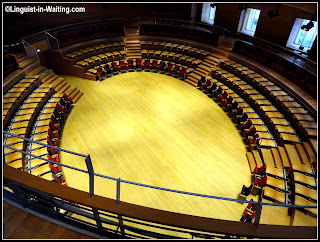 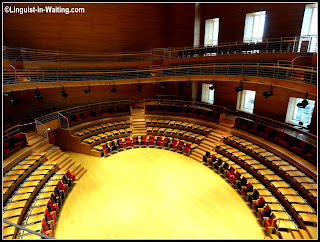 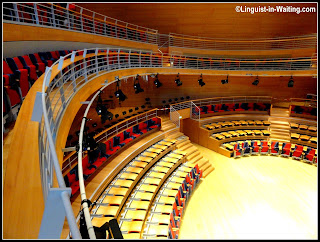 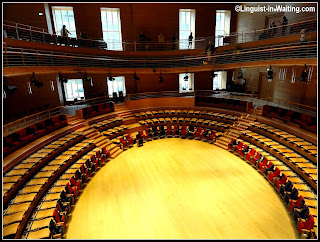 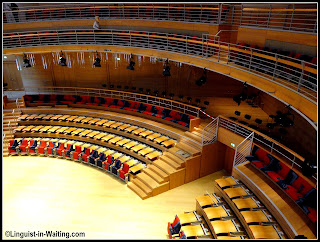 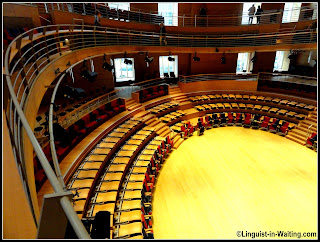 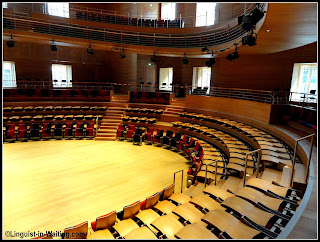 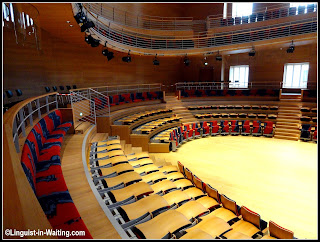 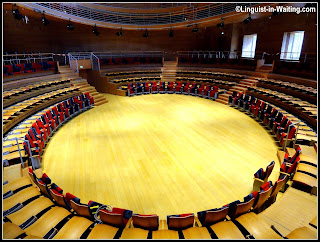 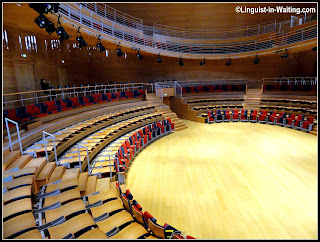 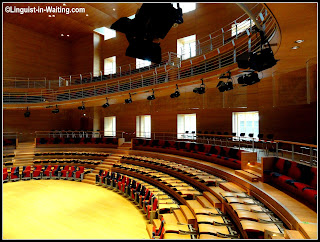 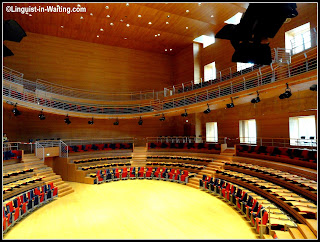 The auditorium is circular in shape, and seats a total of 682. It is modular, and the layout can be altered as needed. I haven't watched a performance here yet, as currently it is so hard to get a ticket. Perhaps once the excitement fades a little, and the popularity goes down a little bit, I'll try again.

I learned that there is no front in the stage. What this means is that during the break, the performers actually rotate their orientation, so that no one ends up seeing the back of the performer for the whole performance. I thought that was a nifty idea. Also, the acoustics were great, there definitely is no need for microphones, in fact, if I understand it correctly, the building is not equipped to have microphones at all. Everything is naturally reverberating so to speak. And in fact, we tried it, we went around the hall and tried speaking, and sure enough, things can be heard wherever you are in the room.

So if you want to watch a classical concert in an interesting venue, try this place.