As I mentioned in my previous post, the town of Gubin in Poland used to be united with the town of Guben in Germany, on the other side of the Neisse River. However, after World War II, the border moved, and so the land that was on the east side of the river became Polish territory. We strolled along the town for a bit, after visiting the Plastinarium, in order to find some lunch.

It was a small town. Fortunately, we did find a decent restaurant to eat, with decent food. We were looking for pierogis but we didn't find it. Nevertheless, we found very good Polish food, as well as beer. And it came cheap! 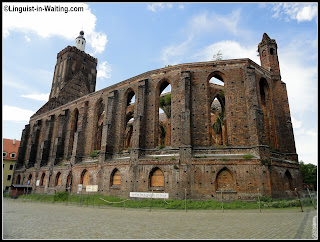 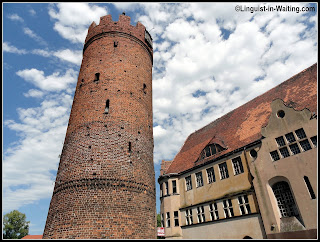 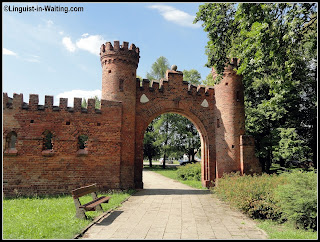 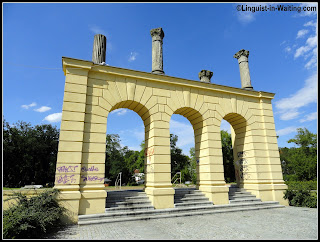 We didn't do much. We walked around, looked at some ruins of old buildings, like the pictures you see above. But it was definitely a small town, and only worth a few hours in the afternoon. I wonder how connected it is to the rest of Poland. The thing is, it seems that it is easier to cross to the German side and use the train station there than to remain in Polish territory and travel by train. Good thing the Schengen Agreement now allows an open border, but I wonder what life was like here when the border was not easily crossed by individuals.