On our first day, we decided to just walk all over the city. The weather was sunny, and as you know with Scottish weather, if the weather is good, enjoy it while it lasts. In fact, on several occasions during the days we were there, I saw huge changes in weather within the span of a few hours. So when it was sunny during our first day, we decided to make good use of it by just exploring the Old Town on foot.

We explored many areas, mostly up and down the Royal Mile. And somehow we ended up a little bit south of it, to the Greyfriars Kirkyard. This is a piece of morbid history, with fascinating stories of graves being robbed of their cadavers.

See, the Greyfriars Kirkyard is perhaps one of the oldest institutions in Edinburgh. It was established in 1561. And there's plenty of stories, legends, and tales that surround it. Some are probably fictitious, others are true. 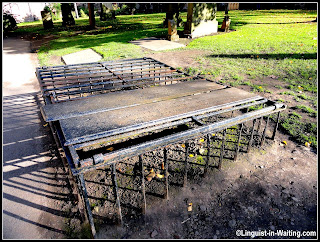 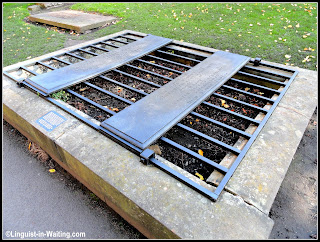 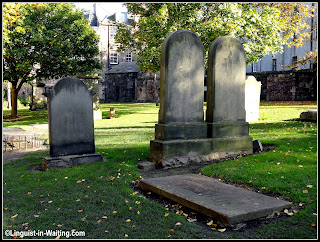 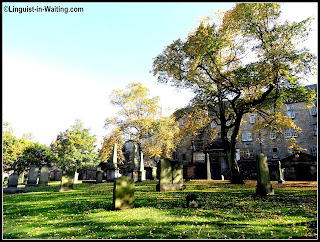 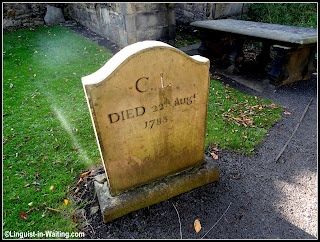 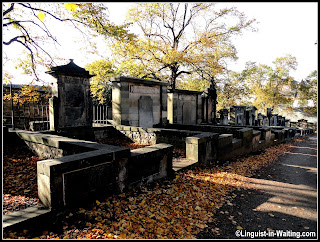 As you can see in the couple of pictures I have above, there are some graves that are locked. This fixture is called the mort-safe: it was needed back then because corpses were actually a booming black market business. The thing is, when the Surgeons' Hall was established in 1697, there arose a need for dead bodies. After all, there were plenty of students wanting to learn to become a doctor, and so the establishment needed bodies to dissect. The city promised them to give one executed criminal per year, however, this was not enough. So a new trade emerged: that of grave robbery. These grave robbers would then sell the bodies to the surgeons. Hence, families would install these mort-safes until the bodies decomposed, in order for their dead loved ones to be left in peace.

I didn't realize how colorful Edinburgh's history was. And there's plenty of things related to death, dying, and ghosts. I also didn't realize how dirty Edinburgh was back then, when there was no sewage system, and everyone just used a bucket as a toilet, and emptied them on the streets regularly, shouting Gardyloo! No wonder plenty of people died here during the times of the plague.

There were however other brighter and more heart-warming tales from Edinburgh, and one of them actually relates back to the Greyfriars Kirkyard. There is the Skye Terrier who is known as Greyfriars Bobby, who guarded his master's grave for 14 years in the Greyfriars Kirkyard, until he died himself, in 1872. For a dog, I am amazed at his memory. It makes me want to dissect his brain, to be honest.

Anyway, the walk continued, and we ended the day in a restaurant, having dinner with friends. Stay tuned for more.