Book Review: Manual of Painting and Calligraphy by José Saramago 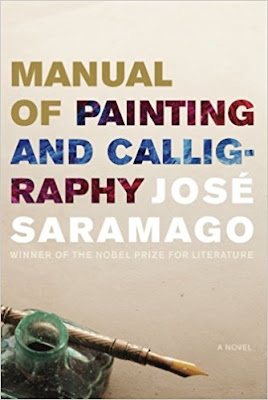 It's been a while since I have read a novel by José Saramago. The last time was when I read Skylight, which was his lost novel. It was actually an early novel but was somehow unpublished, and was only published after his death. This time, I read Manual of Painting and Calligraphy, which was first published in 1977, earlier than his other more famous novels. This means that the style of this novel is intermediate between Skylight, which was in my opinion not quite his more mature style at all, and his more known novels.

The current novel already shows his rather rhapsodic style of narration: his more famous books typically don't have a clear beginning and end, and rather just feels like a series of narratives that explore a certain "what if" scenario. Like, what if death suddenly goes on strike? What if everyone somehow becomes blind? What if people stopped participating in politics by not voting? Here, it is less like that. In the current book, there is a story revolving around H., a painter, whose character is developed throughout the story, and whose narrative is juxtaposed with the social events occurring around him, near the end of the Salazar dictatorship in Portugal.

What is interesting for me is to see how Saramago's socialist views are starting to flourish. His later books were more detailed when it comes to its political leanings, while in this book, it only becomes a prominent issue near the end. I actually see parallelisms between the main character H. and Saramago himself, as the main character starts as a general stereotypical artist, a painter, who have typical clients, and typical styles, but later on develops into a radical artist, an artist that the mainstream starts boycotting. Saramago starts off as a novelist with no particular personal style, and only later comes up with his own style of long flowing paragraphs and introspective dialogue.

In any case, I am not sure this is the first novel I would recommend to someone who wants to read Saramago. It doesn't have the grip that other of his more known novels have. But if you have read Blindness or Death with Interruptions or The Gospel According to Jesus Christ then you'll see the origins of the ideas encapsulated in those novels. If you're interested in how ideas of a writer crystallise and develop throughout his career, then this is a recommended read. I give it 4 out of 5 stars.