After spending some time in museums by the waterfront, I headed to Gràcia to check it out by foot. My guidebook recommends a walking tour, which I have followed this time.

Gràcia is inland, a small district that is filled with a bohemian flair. This is also the district where the famous Parc Güell is located, but since I already visited it in 2013, I skipped it this time.

I actually stayed at the edge of Gràcia during my first visit, and for this second visit, I keep finding myself coming back to it since this district is filled with numerous international restaurants, which can be a good break from the rich and delicious Spanish cuisine. 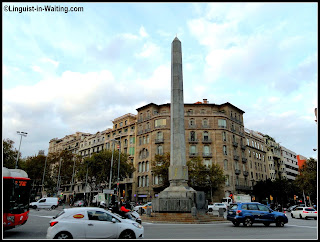 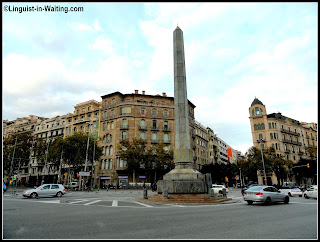 The walk starts at the Plaça de Joan Carles I, which has an obelisk honoring the Spanish king for preventing a coup d'etat in 1981. 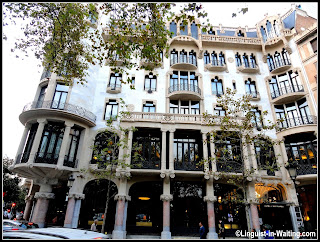 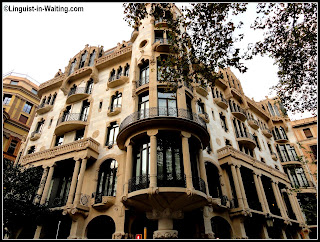 Walking north, you can see the edifice of the Casa Fuster, a very opulent Modernista building. Nearby is the hostel that I stayed during my first visit. 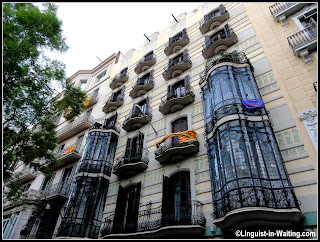 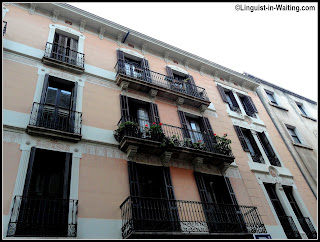 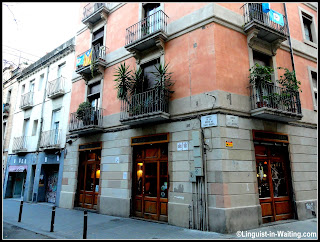 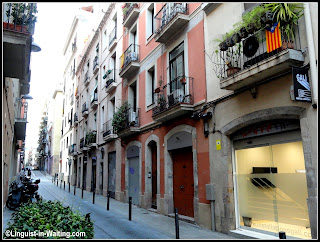 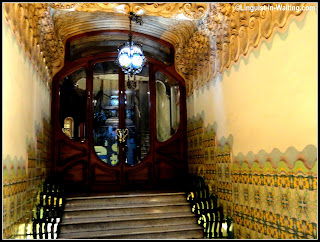 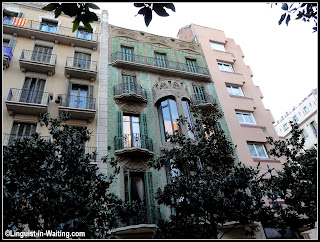 Then, I followed the walking tour through narrow streets and alleys, and every time I look up, I see pretty balconies and amazing facades. Sometimes you see the Catalan independence flag, as well as some other political symbols supporting independence. 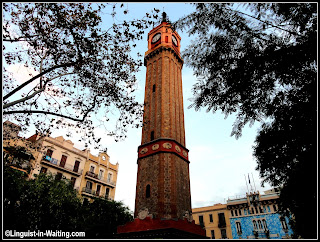 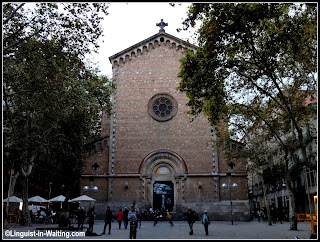 In the middle of the Plaça de la Vila de Gràcia is a clocktower, the Torre de Rellotge, which apparently is a long-standing symbol of Republican agitation.

Anyway, I ended my stroll in a restaurant. It was time for dinner after all, and Gràcia has plenty of restaurants one can try and visit. I ended up in a Mexican cantina, enjoying amazing tacos and potent cocktails.