Montjuïc Castle is a military fortress that dominates Montjuïc Hill. The end of the bus route that goes all the way to the top of the hill stops by this castle's doorstep. The cable car does the same thing, taking passengers from the bottom of the hill. I actually knew a bit about this fortress, mostly because of some novels I have read, such as The Shadow of the Wind by Carlos Ruiz Zafón. All I knew was that Castell de Montjuïc was a bad place, where people get incarcerated and forgotten.

Anyway, nowadays it is a relatively bright place, although the surroundings still can make people feel like prisoners. After paying for my entrance ticket, I went in. 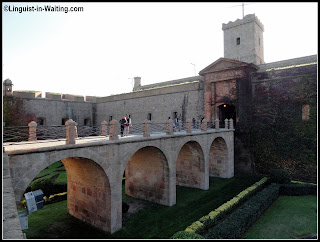 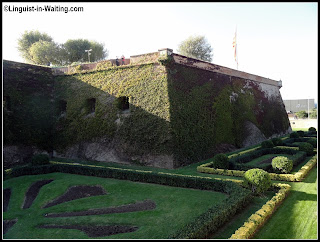 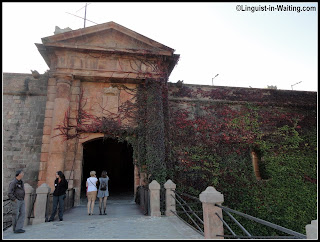 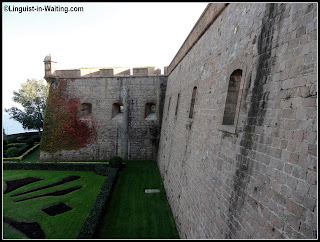 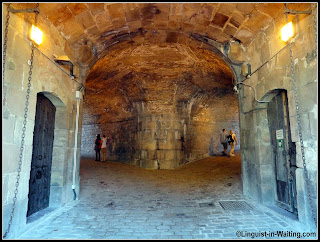 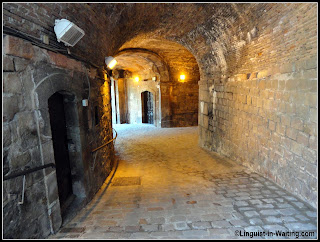 This fortress was built in the late 1600s. It saw several wars, and was captured in the Napoleonic Wars. Eventually, it became a symbol of submission after the Catalan defeat, as it was used by the Spanish authorities to bombard the city several times. 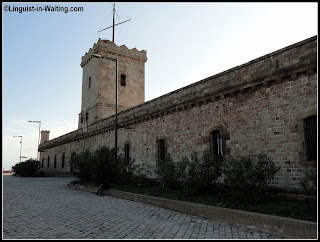 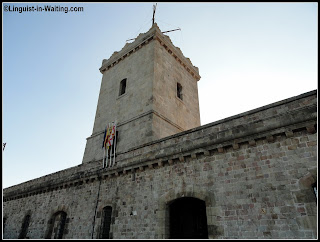 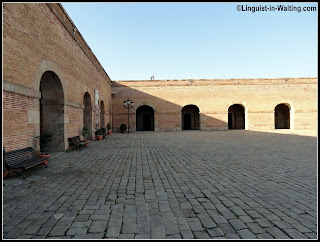 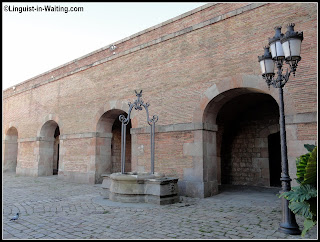 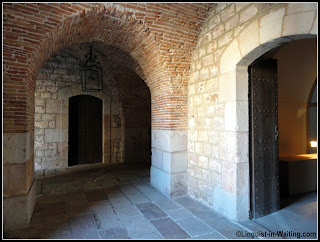 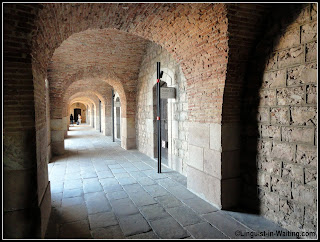 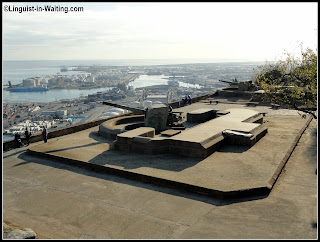 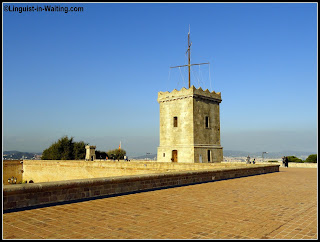 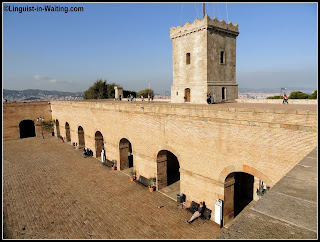 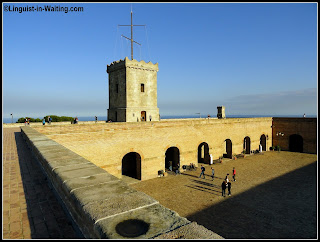 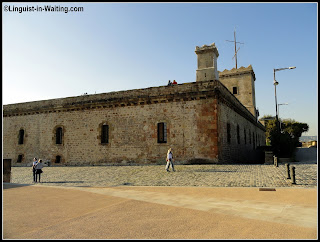 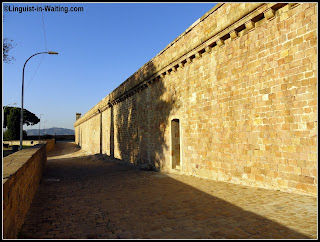 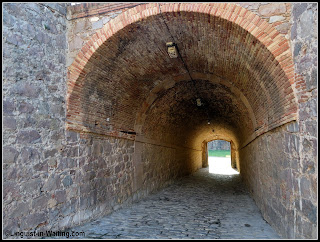 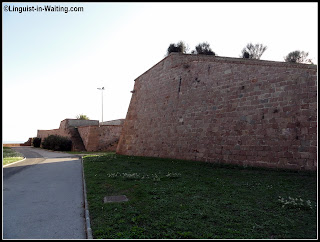 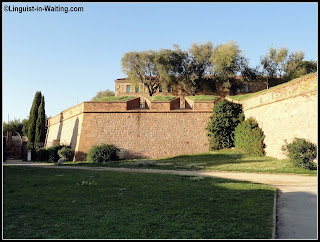 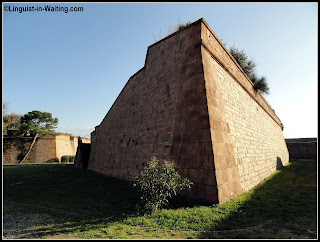 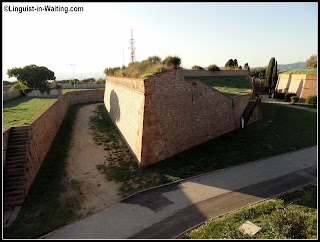 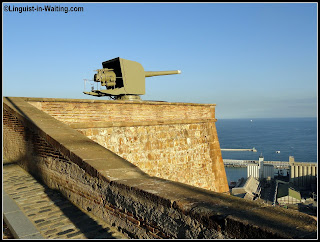 This fortress also became notorious during the Spanish Civil War. Political prisoners were held and tortured here during the reign of Franco. It was definitely a cognitively dissonant feeling to be walking among these walls, gazing out to the sea, when one knows that years before, there were people who were less fortunate who were inhabiting these walls. 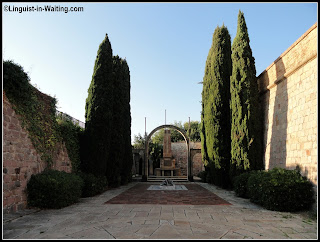 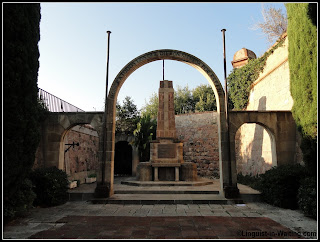 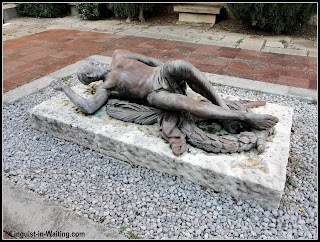 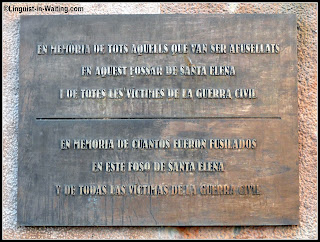 At a hidden corner of the compound, one can find the memorial to the victims of the Spanish civil war. It's a small affair, and for the most part, people don't get to see it as it's in an obscure part of the fortress.