After checking out Casa Milà in Barcelona, I headed back to my hostel and picked up my luggage. I then took the train to the airport to catch a flight to San Sebastián. It was a short flight, operated by a small airplane. An hour later, we landed in San Sebastián Airport, and I took the bus to the centre. Finding my apartment was easy, and this was the beginning of the chill part of my trip. It mostly involved food. But nevertheless I also did some sightseeing, like strolling around the city, as well as along one of Europe's most famous urban beaches, the Playa de la Concha.

It was already the low season when I visited. I saw pictures of this beach during the high season and it can definitely be packed. When I visited, there weren't many people, though there are still hardcore swimmers. The shape of this beach is like a shell, and it extends along the northern flank of the city. 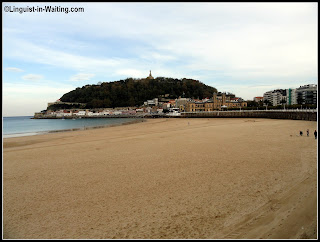 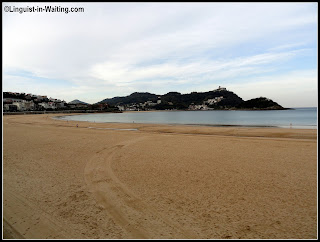 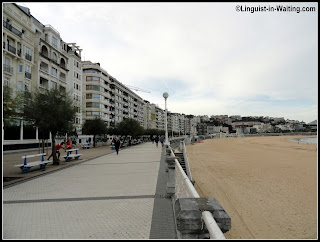 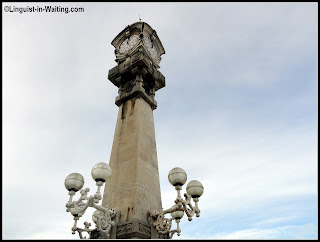 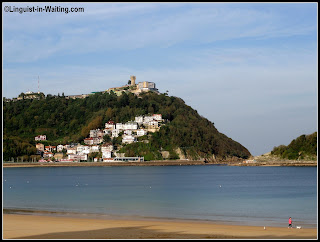 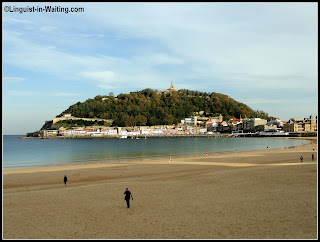 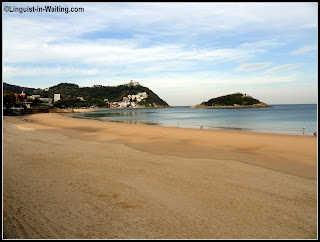 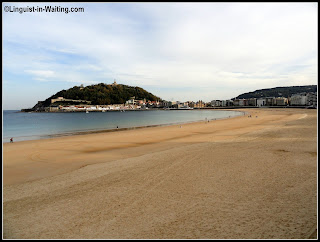 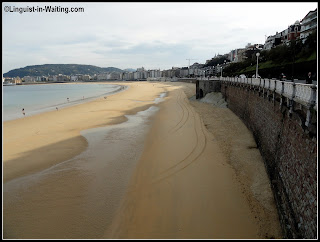 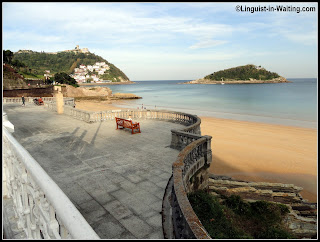 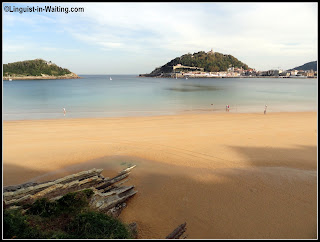 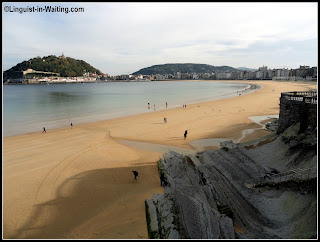 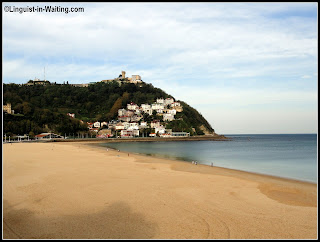 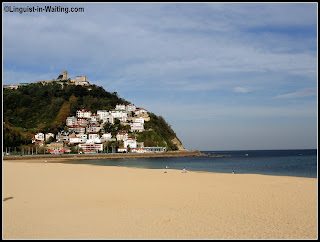 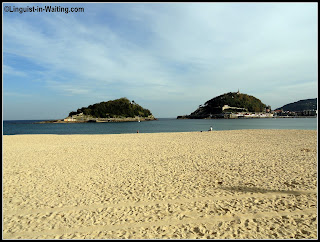 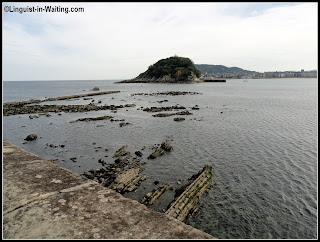 The boardwalk is rather busy, with dog-walkers, joggers, strollers, walkers, and other types of pedestrian traffic. Near the eastern end, the boardwalk is also lined up with fancy restaurants and cafes. 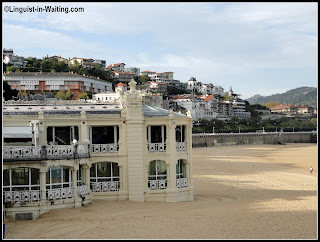 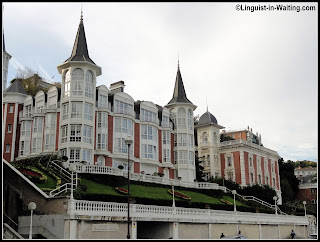 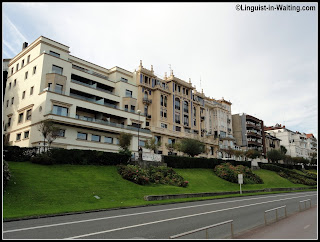 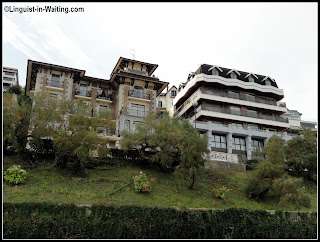 Spain's most expensive properties can be found here. San Sebastián is a small city, but the real estate business can be fierce. Everyone wants a view of the Playa de la Concha. 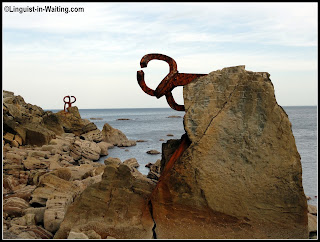 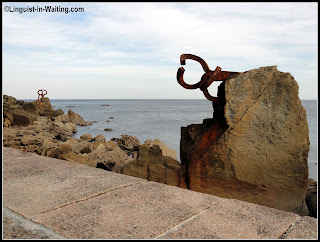 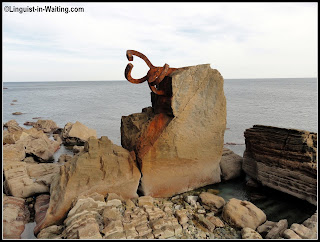 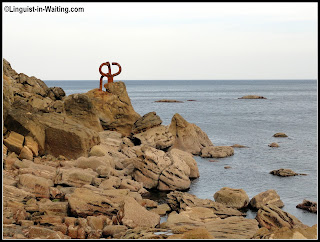 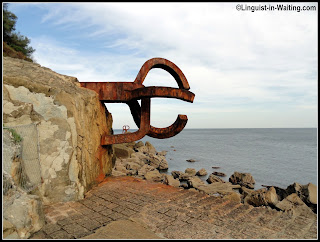 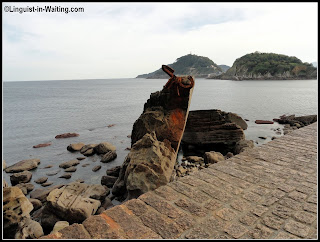 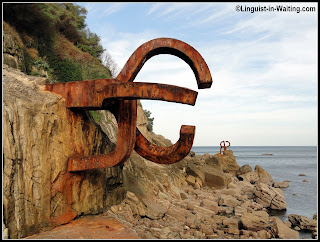 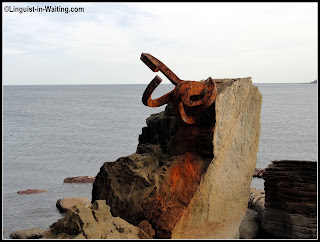 At the western end of the beach, one can find a set of three steel structures, together making up the sculpture Peine del Viento XV, or "Comb of the Wind", by Eduardo Chillida. He was a Basque sculptor who was originally from the area. His works can be seen all over the world, including here in Berlin as well. In any case, it was an interesting conclusion to the beach walk.

I didn't do much while I was in San Sebastián, I just strolled around, checked out an aquarium (more of that later), ate pintxos of course, and additionally I ate in a fancy Michelin-starred restaurant. More of that later, so stay tuned.