First, there was A Contre Sens in Caen. Then, there was Sans Cravate in Bruges. Now, there's Kokotxa in San Sebastián. This dinner in a Michelin-starred restaurant is definitely a culinary highlight of this trip.

San Sebastián is known for its tapas, locally known as pintxos. Of course, I had my fill of pintxos in the other meals I had during my stay, and they were fantastic. But this time, I just wanted an experience on a different level. So I booked myself a seat for 20:45 (Spaniards dine rather late). When I arrived, I was promptly seated, and given the menu.

Of course, I already knew what I wanted to take. I opted for the Tasting Menu, consisting of 9 courses. 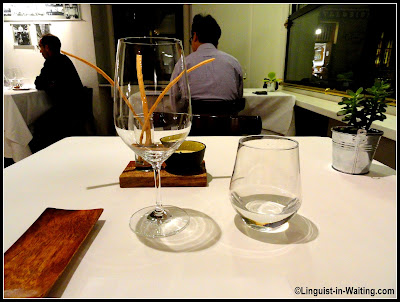 They began with a snack. This consisted of long bread sticks dipped in aioli. 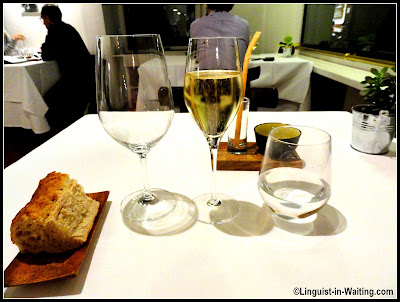 I took a glass of white wine, local. It was a good match for what was coming up, which was a menu heavy on fish and seafood. 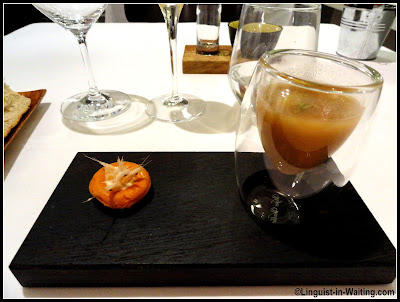 The next thing that was served was a dish of tomato, watermelon, and brioche with baby prawns. It is meant to be eaten together, a soup served in a shot glass together with a small piece of bread with seafood. 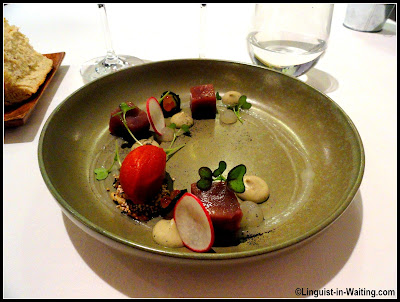 Fish and seafood is the theme of the menu, after all, we are in San Sebastián. The next course was tuna and radish, together with tomato sorbet. 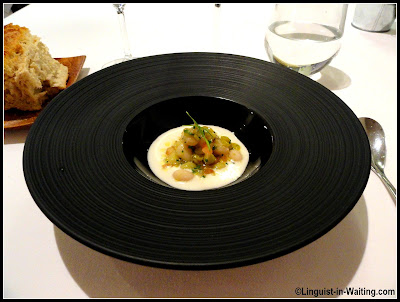 It was followed by a dish that was a surprise: it wasn't listed as part of the menu. This is a stew of white beans from Extremadura. 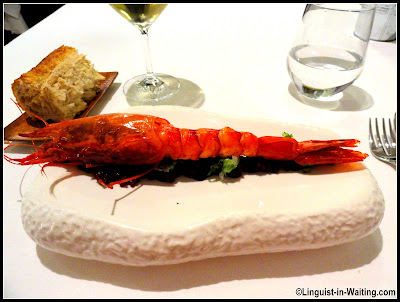 The next dish is fantastic: it was carabinero with rice, red beets, and seaweed. Carabinero are large red prawns. Eating with one's hands was encouraged, in fact, they gave you the correct implements for it, including an opportunity to wash your hands afterwards. Having grown up in the Philippines, I know how to eat shrimp by hand, so I dug in. 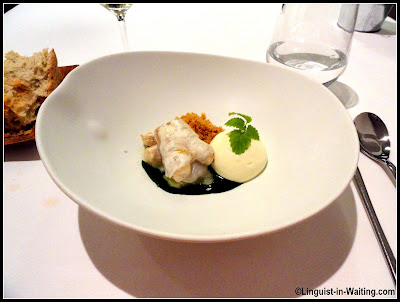 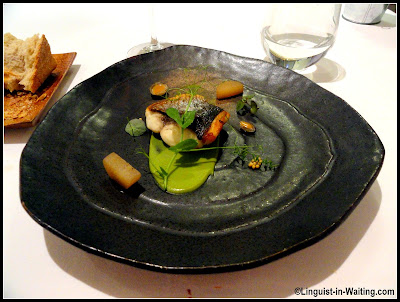 The next several plates consist of the "main dish" so to speak. Two fish dishes appeared: the first one was a kokotxa of a large fish I don't really know. The kokotxa (cococha) refers to the fleshy part of a fish's jaw. It is heart-shaped, and very tender. The next plate was also with fish, but it was grilled this time, served with daikon. 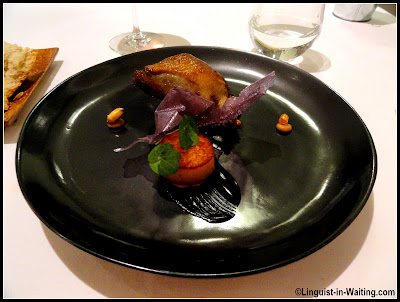 The last plate before the desserts was the pigeon. I had a choice between pigeon or ox filet, but I took the pigeon instead. Very impressive. In addition to this, I was impressed with the wine pairings they recommended. I discovered Albariño wine from Galicia. This is a white wine which has a taste I haven't encountered before. I definitely would like to search for this white wine later. 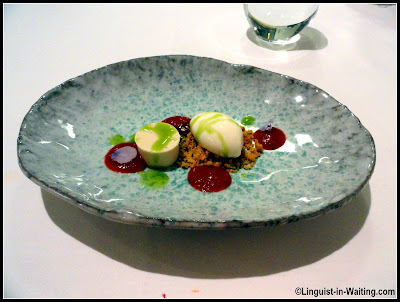 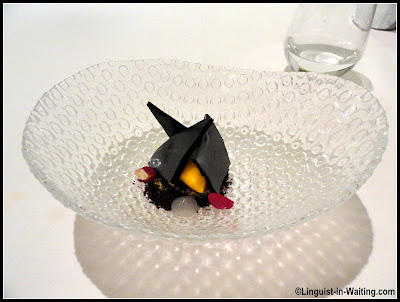 There were two desserts. The first one was a plate with tomato, raspberry, tonka bean, and curd ice cream. It was followed by licorice, mango, and chocolate crumble. It was all fantastic, a culinary tour-de-force I must say. 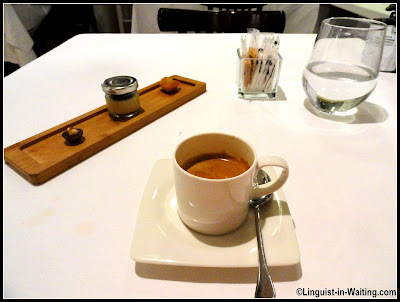 I ended the meal with coffee, which they served together with three little sweets.

I realised how much I enjoy these culinary experiences now. I would definitely do this again. If you want more than just your hunger being sated, if you want an experience not only for your tongue but also for your eyes, then by all means have a meal in such a restaurant.