Leg 4 of the 66 Lakes Trail took me to the countryside north of Berlin (speaking of which, it is interesting to see how this trail takes me around the countryside, in a clockwise fashion: when I began this trail I did so by heading southwest from Berlin, and now I am heading northeast). This leg is 25 kilometres long, and begins from Hennigsdorf, passes through Birkenwerder, and ends in Wensickendorf. I must say that this stretch has some of the prettiest natural settings I have seen in a while here in the Berlin/Brandenburg area. 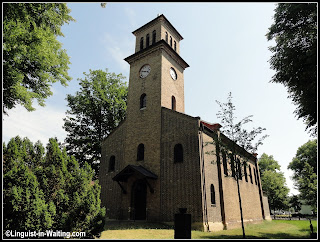 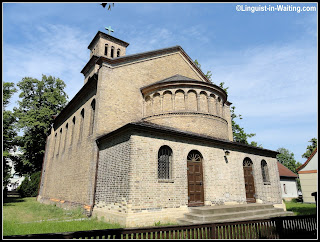 Hennigsdorf is a small town north of Berlin. It shares a border with the former West Berlin, which meant that the Berlin Wall Trail also passes here, as the town belonged to East Germany at that time. Nowadays it is a suburb of Berlin. The building you see above is the Martin Luther Church, near the centre. When I passed by, there was a small flea market going on. 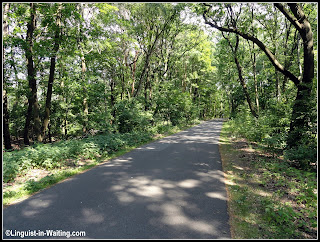 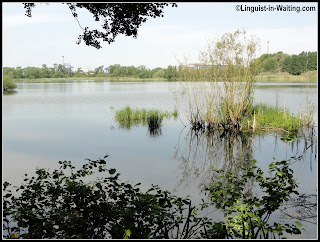 I left the centre and headed to the Havelauen, or the Havel Meadows. The Havel is a 325-kilometre-long river in northeast Germany, and flows through the area, including through important cities such as Potsdam. It eventually merges with the Elbe. The Havelauen is an area where Berlin processes its drinking water. In fact, there was a section of the path that was highly secured, as authorities wouldn't want to compromise the city's drinking water. The body of water you see above is an area where the drinking water is collected before being processed. 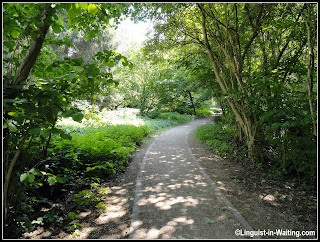 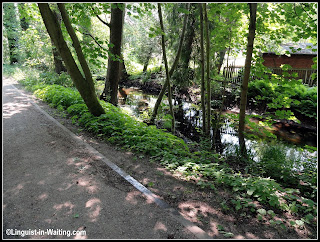 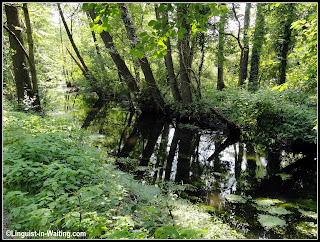 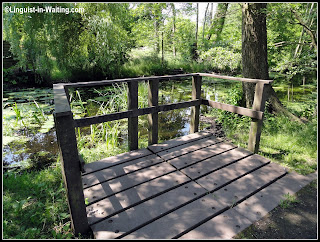 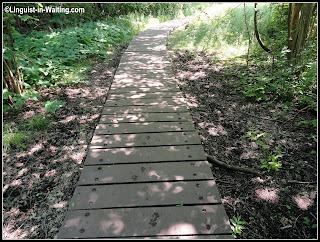 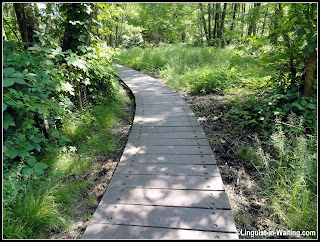 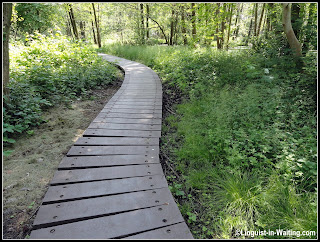 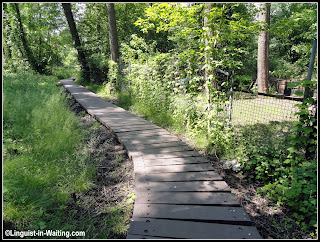 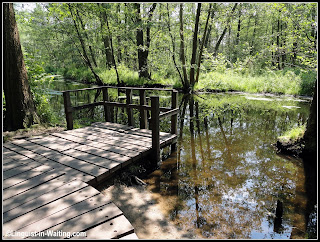 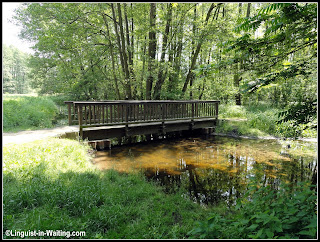 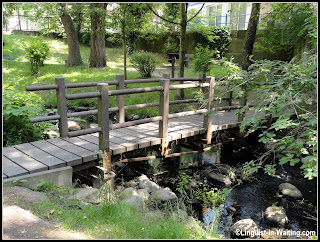 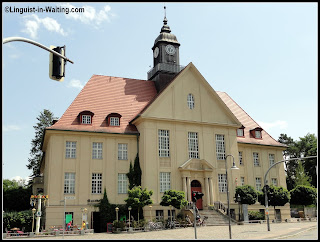 The next set of pictures above show you perhaps a highlight of this trail, which is the long boardwalk along the Briese River. The Briese is a small river which flows into the Havel in the town of Birkenwerder. The Briese is fascinating in the sense that there is actually a small valley that is formed by it, and at times this natural area creates interesting wetlands and swamps, as you'll see later. The town of Birkenwerder seems to do a good job maintaining the trails alongside the Briese, and this boardwalk is a great feature, as it allows you to walk left and right of the river at times, exploring wet swampy areas without getting muddy and dirty. The path passes through the town of Birkenwerder, whose town hall you can see at the final photo above. 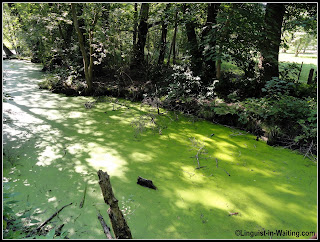 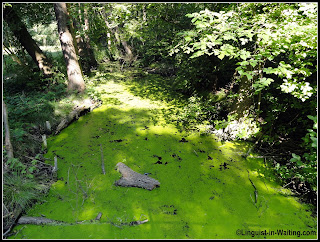 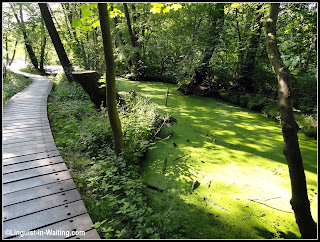 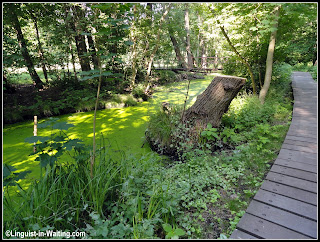 The water eventually turns murky and green, and at times it actually looks quite scary in a fairy-tale sort of sense. The swamp is quite thick here, and something that I didn't plan for, was the bugs that attacked me quite a bit. Of course there was a body of water nearby, so there were plenty of mosquitoes and other critters that were swarming around. 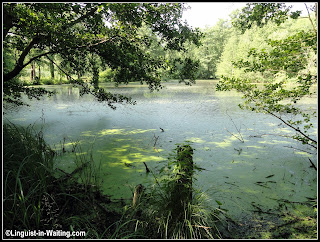 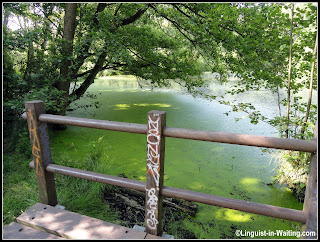 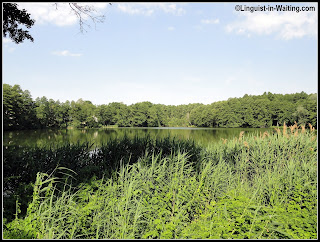 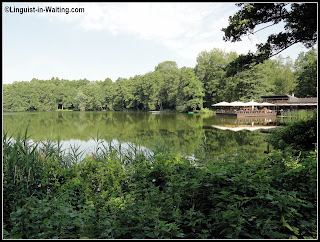 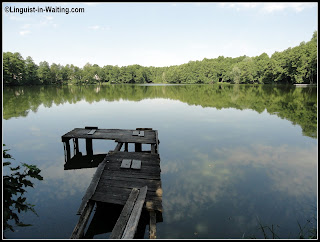 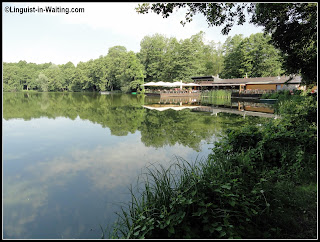 A few hundred metres beyond that was Boddensee, which was a more pleasant and less ominous looking lake. There's actually a restaurant right at the bank of the lake, which I can imagine is quite popular during summer weather. I continued on walking alongside the left bank of the Briese, passing by another lake, the Briesesee, which is actually a good spot for bathing. When I was there, there were actually a few people swimming, so I didn't feel like taking a photo, as they might think I was being a voyeur. 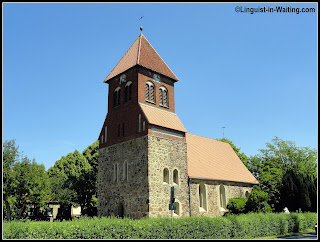 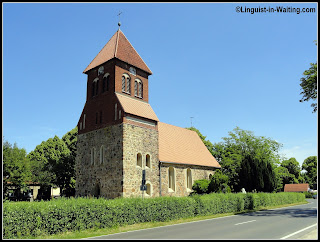 After some hours, I eventually reached Wensickendorf, which was where this leg wraps up. Wensickendorf is quite old, it's a town that has been around since the 14th century. The two photos I have above portray the town's church, which was completed in 1438.