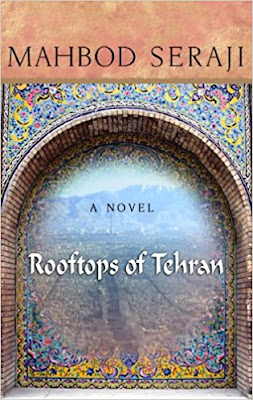 Iran has a bad rep nowadays, at least if you believe what the media tells you. You would probably not even consider Iran as a travel destination, which is unfortunate since it is otherwise full of very warm and hospitable people, as I personally experienced when I visited the country for three weeks back in 2016. In any case, that visit shattered a lot of personal misconceptions, and I must say it was one of the best trips I have ever done.

So why am I talking about my trip, when this book isn't about that? Well, the thing is, this book also can shatter misconceptions. See, nowadays, the current Islamic republic doesn't have a lot of sympathy from the media. The environment makes us outsiders think that it probably was a better situation when the Islamic Republic wasn't established yet, back during the days of the Shah. But this book shows that life during the reign of the Shah wasn't rosy either. It puts things into perspective, I must say.

See, this book is about a group of teenage friends living in the same neighbourhood, whose lives are slowly shattered by the SAVAK (the Shah's intelligence agency). The SAVAK is perhaps the most hated institution in pre-Revolution Iran. And in this book, it portrays how lives are slowly destroyed by the Shah's agents.

The first-person narrative first alternates back and forth between two dates, somewhere in 1973 and another in 1974: 1973 being the time when the narrator, Pasha, is having fun with his friends, following girls, talking about stuff, and acting like a normal teenager. 1974 on the other hand is when Pasha is a patient in a mental hospital. The reader is kept in suspense, as one wonders why Pasha is there, but slowly, these two threads of flashbacks slowly come together, and everything makes sense in the end. There is a final puzzle in the form of a "Masked Angel" but I won't say what it is actually here; it'll be resolved at the end.

In any case, this book was absolutely captivating, and a pleasure to read. It is a very human book, I must say, and it portrays the humanity of the Iranians with such candour and honesty. I must say, there is a huge divide between ordinary Iranians (in real life, and as depicted in this book) and the governments that rule them, irrespective of whether it is the Shah or the Ayatollah.

If there was something I didn't like, it probably is the fact that it is a very emotional book. I cannot identify with the characters, as most if not all of them were very open to expressing their emotions. Perhaps I am just too rational, or at least too much of an INTJ, but I cannot imagine myself feeling the same heartache as Pasha, when he learns that his sweetheart has died and won't come back again. Nevertheless, I acknowledge that people have different personalities, and it just happens that the personalities of the people in this novel aren't similar to mine.

Overall I find this a very captivating book. I finished it in a few days. It was definitely hard to put down. I give it 5 out of 5 stars.