A Stopover in Qatar: Views of Doha

Thirteen years ago, I set foot in Europe for the first time. At that time I didn't know I would end up living there. And given I was from the Philippines, my foreign outlook was very much oriented toward North America: back in 2005, I have already spent some years living in North America, and in fact, I was scheduled to move to the USA later that year. My visit to Europe was just a short vacation before my upcoming move. And somewhere in this vacation to Europe, I somehow got the chance to visit Qatar for the first time. Though frankly speaking, I didn't do anything there.

See, we were booked on Qatar Airways. The flight connection time used to be very ideal, but for some reason they changed their schedules, resulting in a long layover for us. So our flight from Manila arrived at mid-morning, but our connecting flight to Vienna wasn't leaving until sometime past midnight. So the airline gave us hotel rooms to spend some hours and take a nap. After exiting the old Doha Airport, we were put on a hotel shuttle and I remember just sleeping. Then I also remember eating a very good buffet. That's it. Nothing much.

So this time, on my way from Europe to Asia, I opted to do an extended lay-over in Qatar. So I left Berlin Friday night, arriving in Doha Saturday morning. I had one night booked in a hotel. And my flight to Hanoi wasn't departing until Sunday evening. So I had quite some time to explore this small city. 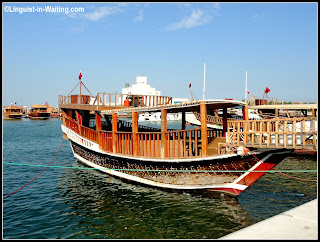 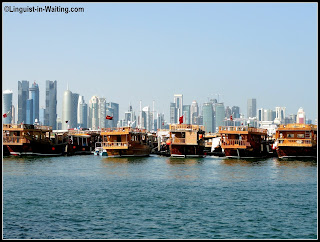 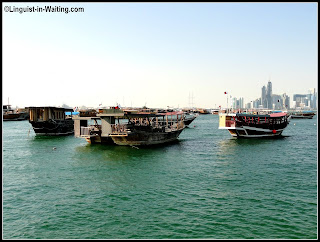 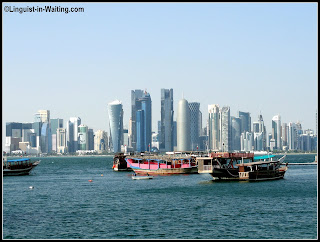 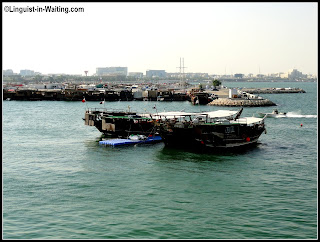 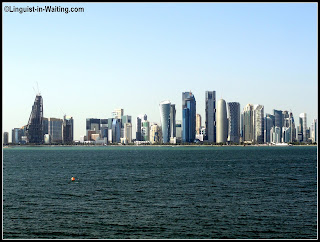 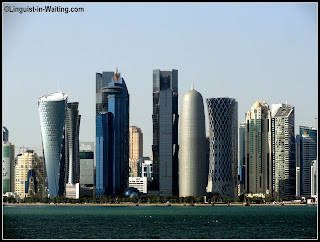 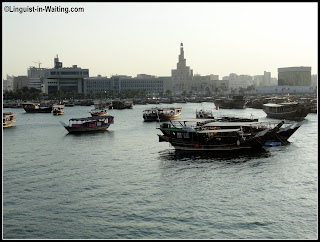 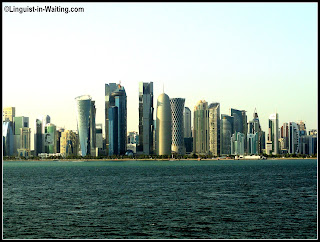 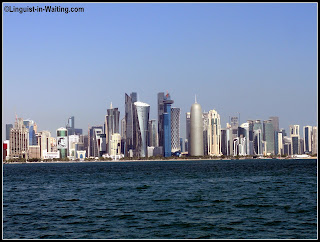 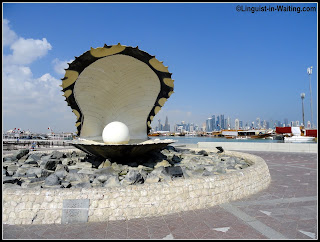 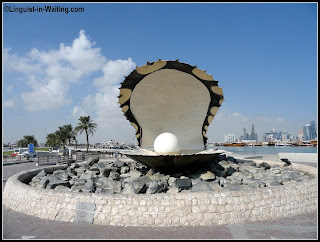 I did some sight-seeing, but since it's a small country, there aren't much to do. I did visit some museums, I walked the Corniche, I saw old fashioned boats, and I saw the fantastic skyline which is across the bay. I also saw this giant Pearl Monument, which is a nod to the old industry that this region is famous for: pearl diving. Nowadays however Doha is this modern city, though if you scratch the surface, then you'll see that it still has quite traditional values.

Oh, I also saw family. That was rather fun!