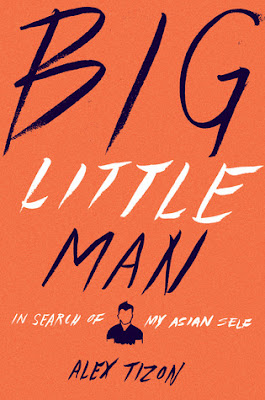 This is an interesting and complex book. I think I picked it up and put it on my reading list after stumbling upon the final article of the author, published in The Atlantic, which is appended in this book as a coda. It was a story about a slave that his family had all along. Somehow that resonated with me, since after all, I am also Filipino, and there were times when we also employed helpers in the house. So I put this on my list to read.

As I was reading this, there's a part of me that cannot feel like I would care. But then I immediately realised that the Western World I grew up in and the Western World that the author was in are leagues apart. He moved to the United States as a little child in the 1960s. I on the other hand saw a more varied environment as I was growing up. And so there are times when I thought the author was exaggerating a little bit. But then again, I didn't grow up during the time he was growing up. And times might have changed. For the better, at least, judging from my different reaction.

Nevertheless, I found it interesting to see how these cultural stereotypes could sometimes seriously affect one's worldview. And yes, I have to admit that even I encounter the things he mentions every now and then. I just don't let it get to my head. For example, in the dating scene, you still encounter people who have a blanket aversion to Asians. You go online and it's easy to find profiles saying "No Asians". Sexual racism is real. But I suppose I just moved on and didn't get bothered by it.

The author speaks a lot about height. There is a long discussion about how Asians are not the tallest beings on the planet, and how that might have been not true back in the days. The argument is that height is correlated with prosperity, so Asians who were raised by immigrant parents in the West are typically taller than their cousins who have stayed back in Asia. Personally, this is true. I am the tallest in my family, and even my sister is also taller than both of my parents.

Sometimes I thought that the author was over-reacting. But then again unlike the author, I didn't grow up in just one foreign culture. I grew up in several different foreign countries, and so the emphasis to fit in wasn't perhaps as urgent as the author's, since after all, I suppose I realised that trying to fit in would be futile. So instead I embraced being different. I embraced being eccentric and not easily pigeon-holed. Even now, I live in Europe, speak German, have a Filipino passport, yet I don't have as much cultural affinity with Filipinos. And no, I am not trying to pretend to be German either. I am different, I might be slightly shorter, but I don't really care if that's the case.

Maybe it's an issue of acceptance. The author seemed to have resented for a very long time the catalogue of genes he has received from the universal lottery. I suppose I learned early on that instead of resenting it, the wiser option would be to make good use of it.

In any case, I must say this was an enjoyable book. It addresses interesting and complex issues, and it would make the reader think. I suppose I would recommend it to every Asian male living in the Western world. I give it 4 out of 5 stars.