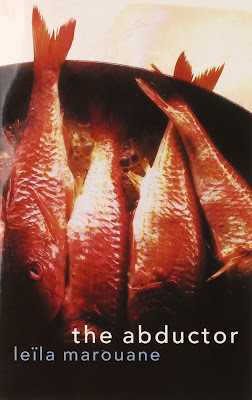 This was an interesting book. Though I must say, not as interesting as the first book of Leïla Marouane that I have picked up, which was The Sexual Life of an Islamist in Paris. While that book was absolutely hilarious and mind-blowing, this current one is slightly more tempered, and I have mixed opinions about it.

The topic is the same: how religion makes everything farcical. This book is after all a tragicomedy. There is a father, Aziz, who has a son and several daughters. They live somewhere in Algeria. And the women of the house do not have permission to go out of the house without a male relative, either the father or the son. The son is married, and when the daughter-in-law gives birth, there was an incident which forces the mother to storm out of the house and immediately go to the clinic. However, this is a shocker, since she hasn't asked permission, and she left the house without a man. And when the father learns about this, this causes the father to repudiate and divorce her.

He then later regrets this act, but what is done is done. So he hatches a plan where his ex-wife can get married to someone else, and that someone else would then divorce her, and so that allows him to remarry her. Such a complicated plan, but of course this is only the case because people are restricted by their stupid religious rules. Everything seems to be going according to plan, but unfortunately there has been a change of plans, and the mother stays married to another man. This throws the entire family into chaos.

I won't describe in detail what happens next, but needless to say, the entire family breaks up, and the father dies in the end. There have been massive accidents, and everyone is hurt at some point. Like I said, it's a tragicomedy. Though there are also parts where I felt like it was slowly drifting toward magical realism.

In any case, there were parts which I found hard to follow, and the story was just getting more and more complicated, to the point that I wondered how complicated it could further be. I was starting to reach the limits of my suspension of disbelief. In any case, 200 pages later, the novel ends and there isn't a nice ending at all. It's as if the story isn't finished yet.

I suppose I picked this book up only because I liked The Sexual Life of an Islamist in Paris and I wanted to read another book written by Marouane. If you want to check her works, then I suggest not beginning when this one. I give this 3 out of 5 stars.