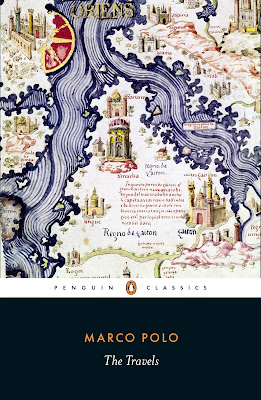 Sometimes there's a book that whets your appetite for travel. And perhaps it's all the more amazing if this book was written centuries before, like this one. I picked this book up given my curiosity for historical travelogues, and I must say, that after reading this book, even after centuries after its publication, I find myself having the same feeling as the readers before me have had, that is, I want to go and follow Marco Polo's footsteps and discover what lies beyond.

See, Marco Polo was a 13th century Venetian merchant and explorer, who was perhaps one of the first Europeans who have ventured out all the way to China. He spent decades outside of Venice, exploring the various lands in China as well as the other countries along the way. His descriptions are fantastic, and readers became excited to know more about what these lands are all about. And given where I am right now, in my late thirties, having visited a few other countries in Marco Polo's route, it was a very enjoyable read learning that the places Marco Polo has visited centuries ago still has traces when compared to the places I have visited a few years ago.

There is a particular repetitive style when it comes to his writing. Of course, the version I have read is a conglomerate of the various different versions that exist. I didn't realise that there's even a dedicated academic field to researching Marco Polo's writings. The introductory text did a great job in showing how the various different pieces come together in the version I had.

The interesting thing is that Marco Polo had a repetitive style of describing the lands he visited, yet it never felt boring to me. He would always begin by mentioning what the people looked like, what they ate, what their religion was. There were also descriptions of several battles and wars, which almost always involved plenty of arrows raining in a way that the sky wasn't visible anymore, which was followed by plenty of hacking events where legs, arms, and heads were hacked off by opposing armies. Nevertheless it never felt dry and boring.

Overall, I found this to be a very interesting book to read. I am not an academic who is concentrating on Marco Polo and his history, but this book was nevertheless something that I enjoyed reading through. I must say, no matter how dated this book might be, it fuels the desire to be on the road and discover new places. I give it 4 out of 5 stars.