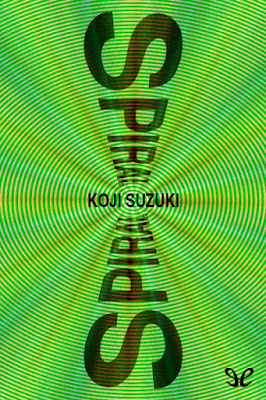 A few months ago, I picked up Koji Suzuki's Ring and was kept on the edge of my seat. So I decided to pick up the sequel. I must say I have enjoyed it as well, though there were some areas where I definitely felt that the first book was better than the second one.

The events of Spiral pick up a day after the events of Ring: Asakusa is catatonic, involved in a car accident, because his wife and daughter has died because they watched the video. Ryuji is also dead, after watching the video. Asakusa seems to have survived the video, however, though it seems that his hypothesis on how to survive the video wasn't quite adding up. And Spiral picks up the story from the perspective of Ando, a doctor who was in charge of the autopsy of Ryuji's body.

Ando happens to be a childhood friend of Ryuji, and they both share a love of cryptography. Solving codes form a large part of the plot, and there's something that the reader needs to suspend here, the assumption that people can send messages to other people even when they are already dead. There's also quite a bit of information about viruses and diseases, and how viruses evolve. I must say to some extent, it was well backed-up with scientific parallelisms.

Perhaps what I don't like is that the horror or the suspense didn't really begin until the last hundred pages. It seems that the first half of the book was all about deduction and code-cracking. It was not really horror the way Ring was. Don't get me wrong, I still was hooked and pushed to the edge of my seat, but it was less because of the horror or fright about what might happen to the characters in the book, but more because there is an element of suspense and I was waiting for it to be resolved.

In any case, for a suspense novel, I do think that it resolved well. The not so engaging first half was more than compensated by the fast-moving events in the second half. But it's not the bone-chilling horror the way the first book was. In any case, I still enjoyed it, and am glad that I read it to the very end. I give this book 4 out of 5 stars.