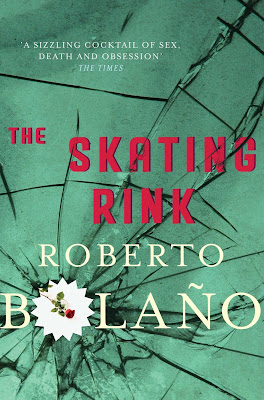 Ah, what a refreshing book to read. This is a slim number, clocking in at less than 200 pages, yet it's definitely packing a punch. I was hooked and was kept at the edge of my seat.

See, this happens to be the very first novel written by Roberto Bolaño, which obviously I've only picked up because his later works made me hooked. But I must say this debut novel was written by someone brilliant. There are three narrators, a Chilean, a Mexican, and a Spaniard. Everyone is a shady character, so there isn't a clear distinction who's a hero and who isn't. No character easily lends to the reader's sympathies. There's essentially one series of events, namely, what happens in a seaside town of Z in the Costa Brava one summer, but the series of events is told from three different perspectives. The reader is therefore left to figure out who is who in each of the three narratives, as the reader builds their own mental model of these events. Oh, there's a murder somewhere along the line, and the reader is left to figure out who the killer is.

I must say, this is perhaps one of the very rare books which makes me think that I should read again. There are so many clues scattered here and there, yet as a first-time reader, you're not tuned into these at the outset. Only later would you realise that there is an important hint sitting wide open there in the earlier scenes. And so there is this urge to go back and re-read the prose, because by the time you're at the end of the book, it feels like the ending is just so sudden, that suddenly the floor beneath your feet has been swept away and you're trying to hold on to anything available while catching your metaphorical literary breath.

Reading this book makes me think again of other books Bolaño has written, most notably, The Third Reich. There's almost two decades between the two books, yet there are similarities that immediately come to mind. There's the location, as both books are set in seaside Spain. There's also this sultry and steamy feel to the plot, with dubious characters that are hard to trust. If you like a book with mysterious characters and creepy events, then this is definitely a book for you.

Needless to say, I absolutely enjoyed this book. I give it 5 out of 5 stars.