Since I have finished the 66-Lakes-Trail, I went and searched for new hiking projects. And this website is a very valuable resource. There's so many hiking trails where I live, so I can easily select one, download the GPS tracks, and navigate myself using an app. So this time, I headed west to High Fläming Nature Park in the district of Potsdam-Mittelmark in Brandenburg, in order to tackle the 20-kilometre northern route of the Internationaler Kunstwanderweg, or International Art Trail. Yes, there's artworks on various points of the trail.

Since it was the weekend, I headed to Wiesenburg, as I planned to do the trail from west to east, eventually ending in Bad Belzig. Both towns have train stations, but during the weekends, every other train ends in Bad Belzig instead of continuing further west to Dessau, which meant that Wiesenburg would only have a train heading to Berlin once every two hours. Planning to catch a train is easier than planning to finish in a certain time, so I figured I'd start in Wiesenburg and end in Bad Belzig, where the train connections are more frequent. 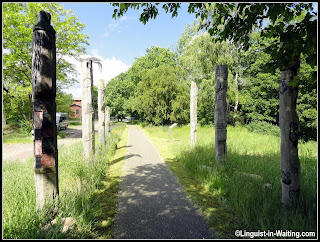 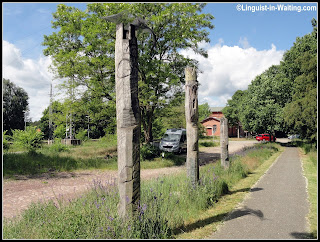 Upon exiting Wiesenburg train station, one immediately sees the various different trail blazes, some of them I already recognise as I was familiarising myself with ideas of what to hike. I definitely think I would be back in this area again at some point doing another trail. In any case, I saw the relevant trail blaze, a yellow square with white stylised curved lines. And immediately it led me to the Gates of Fläming, which is a series of poles planted alongside the trail. 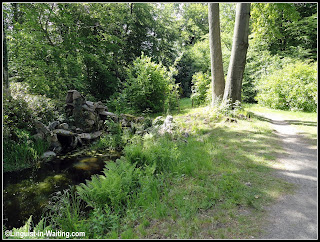 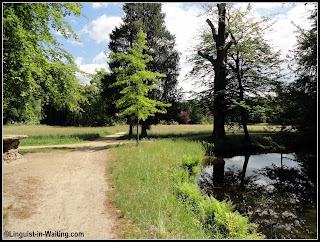 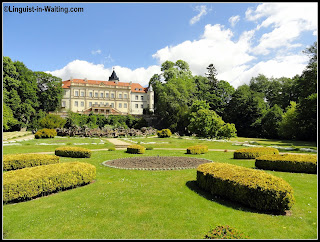 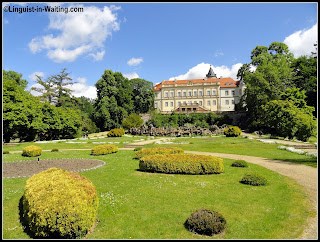 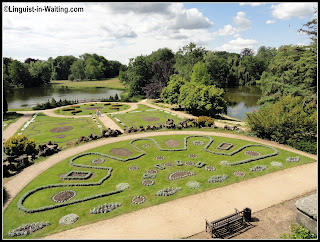 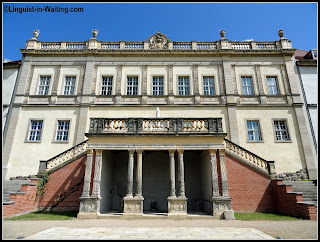 The trail immediately leads me to the gardens of the Wiesenburg Castle, a medieval fortress that was converted into a neo-Renaissance palace. I almost crashed a wedding as I was passing by: the trail going through the park exactly went through where a wedding party was set up. Fortunately the bride wasn't there yet, so I was able to walk through the stage and continue further. 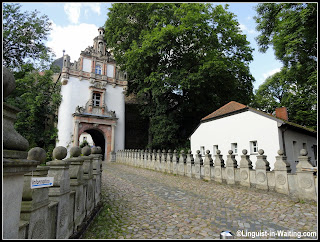 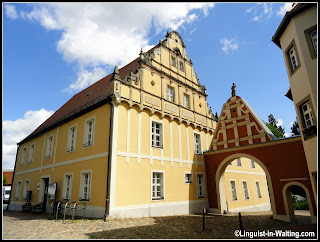 The castle is now privately owned, and currently is divided into several different private apartments. If you check out the website, you can even consider buying a unit if you feel like living in a palace. I went around it and went further. 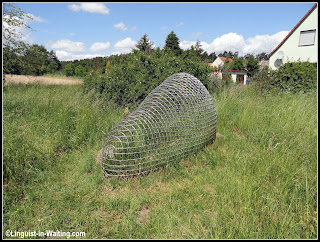 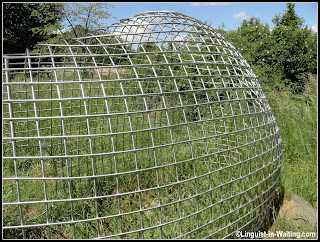 I then reached the little village of Schlamau, where the above art piece is found. It's a metal cage, more or less. 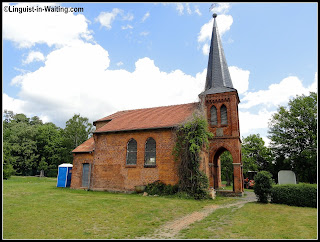 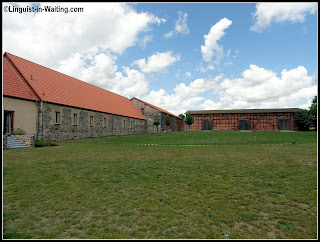 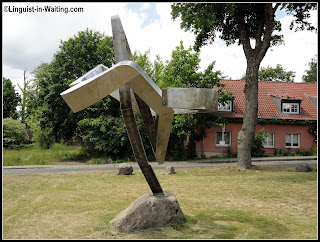 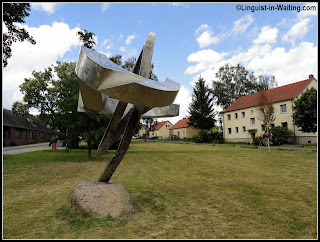 Another small village along the way is Schmerwitz, where I found another piece of art in a small park. 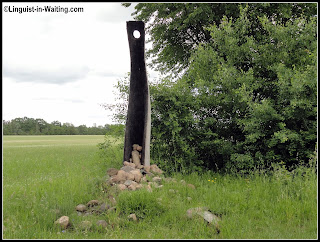 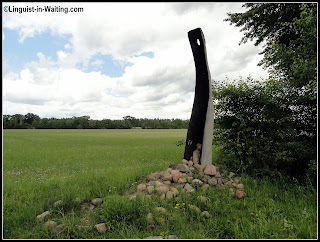 Then at some point, I saw this small memorial by the trail. 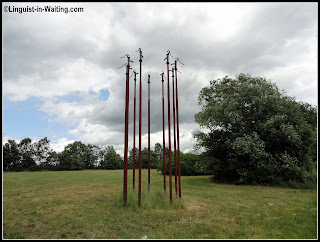 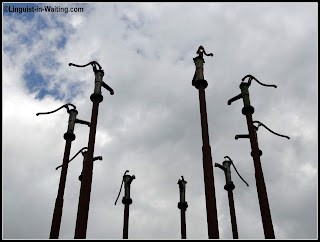 This next artwork is interesting, which I believe was entitled "Waterfall". Apparently, it wants to draw attention to the water shortage in Fläming, using pumps that have a very high handle. Obviously no human can use it, so one can only resort to the imagination of falling water from these pipes. 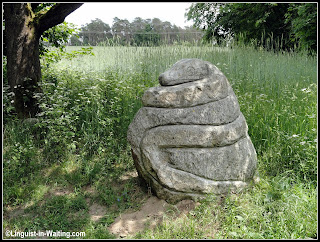 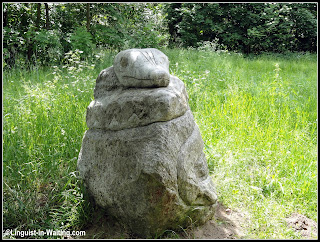 And then there's this stone snake. 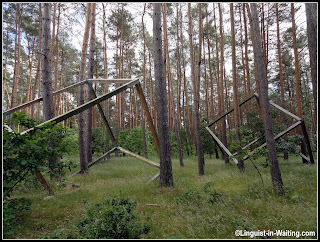 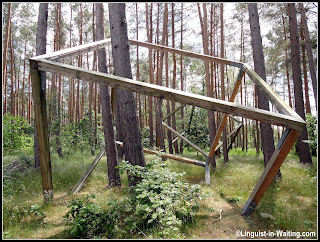 And finally, some trees surrounded by wooden cubes.

There are a few other art pieces that I have seen, but some of them weren't visibly remarkable so I just opted not to take a photo. In the end, after a few hours, I found myself in Bad Belzig. I would be here again, since there are several other sections of this trail which for completion I would also like to attempt. So stay tuned for that.