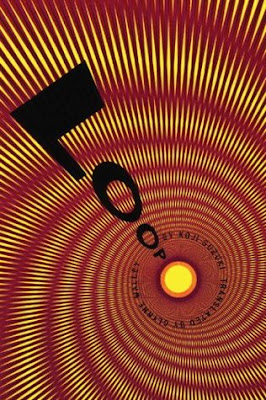 After reading Ring and Spiral last year, I figured I was interested in the Ring trilogy enough that I picked up the third book. And lo and behold, there is a massively major twist to the whole story. Guess what? There's a simulated reality, existing parallel to the real world, and the events that happened in the previous two books are all events that have happened in the simulated reality known as the Loop. And yes, there's a virus that is slowly ravaging the Loop world, but somehow, that virus jumped into the real world, and is slowly destroying life on the real world as well. So what do you do now?

As with the previous book, the suspense of this book took a while to build up. The first half was more science fiction, explaining concepts of physics such as gravitation. I didn't mind this, but it isn't the page turner that one would otherwise expect after reading Ring. However, as with Spiral, the pace picks up at the second half, when you slowly realise that life in the Loop and in the real world are more entwined with each other than you would otherwise think.

I must say that was with the previous two books, the suspense is less about gore and horror, but more about disastrous sci-fi scenarios. Nevertheless, it was a page turner for me at least for the second half. Though I should also say that there is a part of me that feels ready to give up suspension of disbelief. The story is becoming rather complicated, and multiple layers of complexity are constantly being introduced that it is leaning more towards the fantastic. This makes it less horror, and more science fiction, and instead of me being pushed to commiserate with the characters and try to find a way out, I am being pushed more on to the sidelines as an external viewer, just curious how this story would turn out.

Then again perhaps it's simply the novelty wearing itself out, after all, I've read the previous two books as well, so the material isn't new so to speak.

In any case, I did enjoy this, though not as much as the previous two books. I give it 3 out of 5 stars.