Ok, before I start this one, let me make a disclaimer. This entry isn't one of those I am not prejudiced, but... statements in which one is prejudging a certain group of people. I just found it funny, in a good way, what I saw this morning, and therefore I wanted to write about it. No harm intended.

So, I was waiting for the shuttle that would take me to my office in North Campus. I was standing at the bus stop in South Campus, when I saw these two non-Caucasian girls, speaking in a different language. At first, I thought that it was something I never heard before, some language I never recognized, but upon further eavesdropping, I realized that it was Spanish.

But wait, it wasn't the type of Spanish that I at least was used to, the type that I myself heard and had some minor capabilities, as evidenced by my interactions in Ecuador and Peru. No, this was something else.

Judging from the skin tone of these two ladies, I am assuming they have a Caribbean background. Puerto Rico perhaps? I just cannot be sure. But the Spanish they speak was very different.

First, it was monotonous. It seemed that both of them were speaking using the same pitch, for all of their sentences. And secondly, the rate of speech was horrendously fast! It was like the firing of an Uzi. Seriously.

Now what I find funny was the body language of these two ladies. They had rather long hair, and they would sometimes flip it with their heads, whipping it back, or sometimes they would use their hands and flip it behind their heads. I don't know, I just find the whole scenario funny. 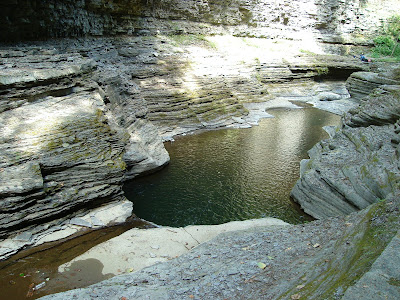