Book Review: The Cellist of Sarajevo by Steven Galloway 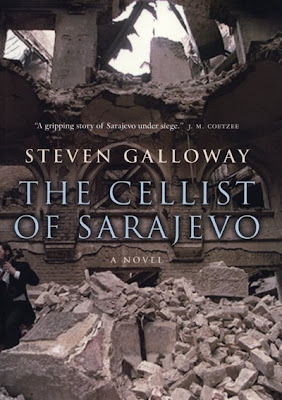 This is one of the novels that I have enjoyed reading recently. I suppose I somehow stopped on the habit of reading novels a few weeks ago since finishing Andrei Makine's Human Love. Perhaps I was just too busy that I couldn't find time to read and escape to another parallel world temporarily.

However, that changed recently, when I started running experiments, and since running this particular batch of experiments involved the participants using my own laptop, I couldn't do anything that involves my computer. So I changed my schedule to fit that. I would do the things that needed my computer when I am not running participants, and I would read articles and books whenever a participant is busy evaluating sentences in my computer.

So most of the time, I have articles that I am reading, which, armed with a highlighter, I read and store them for future reference. However, sometimes, the articles are finished, and yet there are still participants running the experiment. In those times, I pick up a book and read.

So one day, I was near the shelf where the library puts the new arrivals. I saw this book by Steven Galloway, and since it was new, and the topics I found on the title page was intriguing (it was supposed to be Sarajevo and snipers), and because the hardbound cover was rather nice in color (yes, I pick books with weird standards), I decided to check it out.

Apparently, the author hails from Canada, and this is his third book. This book strips the siege of Sarajevo to the micro level, which focuses on the lives of three different characters around the city revolving around a main theme, which is the cellist of Sarajevo. I loved the way the book told the story from the perspective of these three different and unconnected characters, instead of focusing on the bigger picture. I have the news reports to tell me that.

So what binds these three characters is the cellist of Sarajevo, who is based on the real-life character of Vedran Smailovic, the cellist of the Sarajevo Symphony Orchestra. When one day, he witnesses the death of twenty-two people lined up to buy bread due to shelling, he decides to play Albinoni's Adagio in G Minor for twenty-two days.

The three characters in the book intersect with this premise quite nicely. Arrow is a female sniper, and she gets the assignment to protect the cellist so that he can complete the twenty-two performances of the adagio. Kenan is a man attempting to cross an intersection that is being targeted by snipers. Finally, Dragan is a middle-aged man who traverses the city in order to get water for his family and neighbor. All three characters encounter the cellist, either because they are protecting him, or because they heard him play.

I absolutely recommend this book to others, especially if one wants not mere entertainment, but a more substantial experience in reading a novel. There is no happy or unhappy ending to this book: this is just a snapshot of the lives of the three characters, sometime in 1992, documenting approximately a month's worth of activities. This novel is worth reading it because it extends beyond its pages, it lets the reader extrapolate beyond those twenty-two days and ponder on the plight of the three characters who endured the siege of this once lovely city in the Western Balkans. 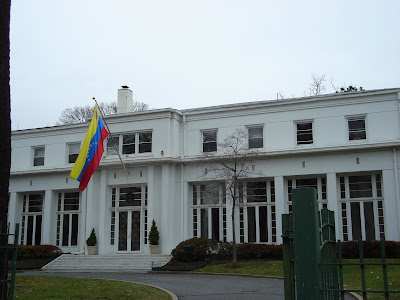