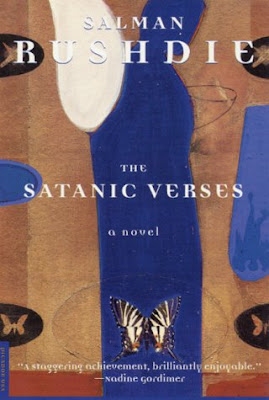 Mind-blowing. That's the first thing I can say about this book. If you read this, you're up for a ride.

Well, why did I pick this book to read? Well, back in the 80's, Salman Rushdie published this book. And as a result, he got a death sentence from the Ayatollah of Iran. A fatwa to be exact. What this means is that this is a command to every Muslim to kill Rushdie if possible, and if not, point him to a person who is able to. Why? Because the book was deemed blasphemous.

So what is this book about? The book is written in a frame narrative style, which means that the whole story is composed of smaller mini-stories, which makes the whole book a very rich one when it comes to content. It centers around the happenings of two characters: Gibreel Farishta and Saladin Chamcha. Both are Indians, and survivors of a terrorist attack on a plane that was flying from India to the United Kingdom. The novel is in the magical realism style, which means that surreal happenings are found all throughout the novel. A jetliner blows up mid-air, and only these two people survive. Gibreel turns into the epitome of good and taking the form of an angel, while Saladin turns into the epitome of bad, taking the form of the devil, with horns and goat-like legs and all.

Now where is the blasphemous part? Well, Gibreel has a mental illness, and he hallucinates. His hallucinations are usually the life of the prophet Muhammed. It also recounts the episode where Muhammed allegedly encountered some verses whispered to him, to be part of the Quran, but were later recanted, because apparently the devil tricked Muhammed, and that these verses were not from Allah but from Shaitan (aka Satan). These verses happened to be a very important one, and is the basis of the Islamic faith. If these verses made their way into the Islamic teaching, then Islam would not be as we know it right now. Instead of being a monotheistic Abrahamic faith, it would be a polytheistic one, with three goddesses in addition to Allah.

No wonder this book is banned in many places in the world, even now.

I suppose I admire the courage of the author, writing about a topic such as this, even though this resulted in him living underground and in police protection for the next decade after this publication. He is still alive, but numerous people involved in the translation of this book died.

Which brings me to the thought about freedom of speech and blasphemy. I find it interesting that there are faiths out there that would go this far, even issuing a death edict to someone who offended their faith. It reminds me of the Muhammed cartoons controversy in Denmark a couple of years ago, which resulted in diplomatic rows, among other things. Religion may have a role in the lives of some people, but I find it sad that religion can result in twisted and irrational behavior. Of course, for the people believing in this faith, it isn't twisted nor irrational at all. For them, acting this way is perfectly logical. 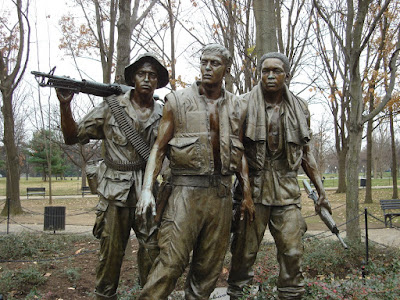