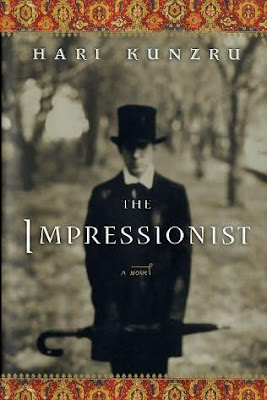 This is the third novel of Hari Kunzru that I have read. However, I did not read them in chronological order. I first read Transmission a couple of years ago, and this was about the ups and downs of an Indian worker here in the United States who due to some obsession of his, created a virus that plagued the whole word, while working for Google. The second book I read, which was Kunzru’s third novel, is My Revolutions, and this was about a group of young English people who were rebelling against the English society. The Impressionist on the other hand was Kunzru’s debut novel. And since I liked the other two novels that he wrote so far, I figured it wouldn’t hurt reading this one as well.

Somehow, I feel ambivalent with this novel. This is like a sweet and sour experience. As is the case with modern English literature, there is a dry witty humor to this one. But somehow, I had the feeling that it failed to deliver the goods.

The story revolves around a half-English, half-Indian child, who is the illegitimate son of an English explorer, and an Indian girl who happened to be both hiding in a cave during a flood. They had sex, but unfortunately, the English explorer died afterward due to the floodwaters. The Indian girl was then married to some Indian guy, and the boy was thought to be their child, but there was a servant who exposed the whole scheme and revealed the boy to be a bastard.

That set off the boy’s adventures. The boy went to a hijra house, and was first groomed to be a male prostitute for English colonialists. Then, he became the servant of a missionary couple and their mission. He learned to blend in, he learned to disguise his Indianness, and when the right time came, he was able to steal the identity of one drunk boy on his way to England, and because of that, he morphed into a new character. This continued on until the very end of the book, where his newest character was on Saharan camel rider, complete with tattoos and a turban.

Now what do I not like about this book? Well, I had the impression that it attempted to be a frame narrative. This reminded me of Salman Rushdie’s The Satanic Verses, where each chapter was basically a story of its own, and then the whole novel is built up by combining each of these smaller stories. The Impressionist seems to be like this as well, except that it seems half-baked. Yes, Kunzru goes into detail about the history of the character’s first adoptive father, and how he was struck with Spanish influenza even though he had a rather peculiar fear of germs. Kunzru also went into detail with respect to the history of Elspeth Macfarlane, the adoptive mother that the character had, while in India in a Christian mission. There are these tangents but they seem to be not too short, and not too long as well. It felt like it was there but of no particular purpose. It does add background to the story, but if that was the purpose, then it was a little prolonged.

The thing that was great about the novel however, was the use of the anti-hero as a plot element. The main character wasn’t someone that the reader could easily sympathize with. After all, he was stealing people’s identities and doing malefactive things with them. However, this trick works, as can be attested by the series of novels beginning with The Talented Mr. Ripley. In The Impressionist, the anti-hero isn’t so violent as Mr. Ripley, in the sense that he doesn’t commit murder left and right, but instead, it seems that he was just in the right location at the right time.

So overall, I still think that I am glad that I read this novel. I just cannot totally be upfront and recommend it with no question. I would give it 3.5 stars out of 5, and would only recommend it if one is indeed a big fan of British literature. 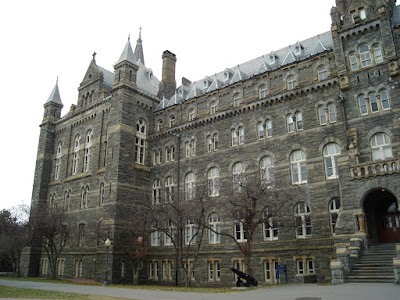 (Right Wing of Healy Hall, from my DC Buildings Series)